The first day at many conferences include classes for new travel agents as they try and achieve their industry qualifications. I sat in on a briefing from several of the cruise lines I sell. 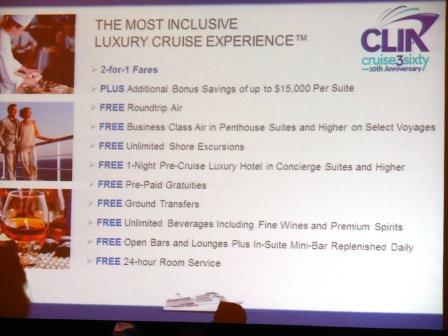 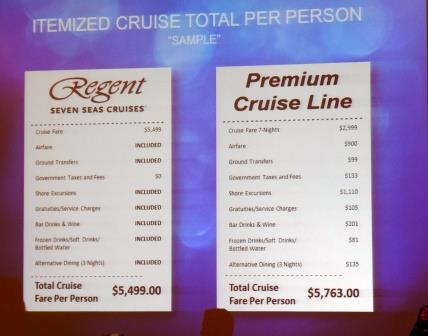 NCL is a contemporary cruise line that competes with Royal Caribbean and is a little more luxurious in my opinion than Carnival or MSC. The presentation focused on the new Norwegian Breakaway and Norwegian Getaway 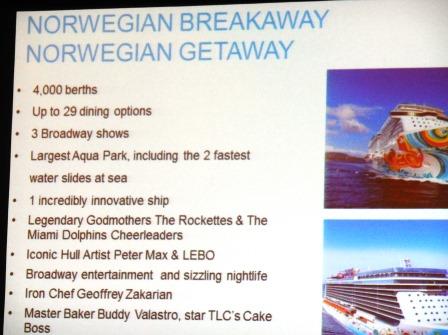 This is an ultra premium cruise line, far more inclusive than Princess or Celebrity, whose main rival is Azamara Cruises, part of the Royal Caribbean family. 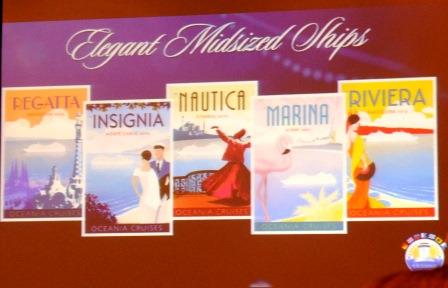 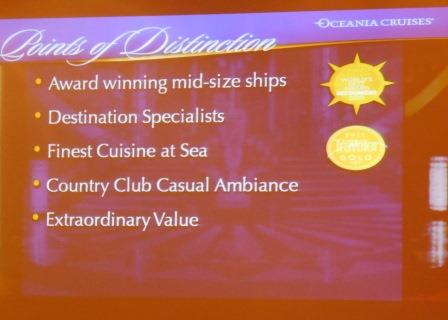 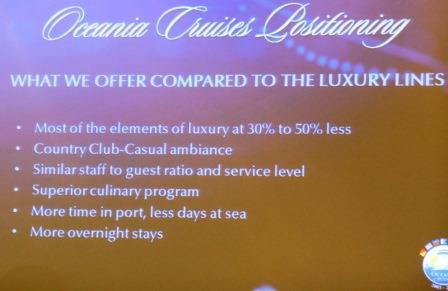