I have been to Japan before when I was in the Navy, but never had the time to see the sites of Japan in a leisurely or organized way. This is that opportunity!
We flew from Atlanta to Narita Tokyo airport non-stop on a 777 long range aircraft. The airplane trip computer told us 13hours 4minutes in the air. I am of the age that I fly business class almost entirely now, which on a flight like this adds significant value. The flight attendants and food service on Delta were excellent - a choice of several western and Japanese menus were offered for the three servings aboard the flight. The Tokyo airport was modern and efficient. After landing, there was a lady in our baggage claim area with a sign stating "priority" where our bags were waiting for us!! We cleared customs - a similar procedure to the US and headed out for some admin. We had to get some Yen from the ATM, pick up our pocket wireless transmitter - basically a wireless hot spot that we purchased with our rail pass - and had to wait some time to pick up our Japan Rail passes. A bunch of flights had arrived at the same time, so there was a line.
We then took the Narita Express train into Tokyo - about an hour trip, and then a taxi to the US Military hotel in Tokyo - a four star facility in an upscale neighborhood.
Our first full day, having shifted our body clocks 13 hours, was a recovery day, but with some sightseeing.

After a late breakfast, we took a break and headed out on the train system to the Meiji Shine - a memorial to the Emperor of the 19th Century. Consider the park equivalent to Central Park in New York, as it is in central Tokyo and is large and enjoyable. We had a bite to eat on the way out, and then headed back to our hotel for a much needed time zone adjustment nap. Tomorrow we are on the bullet train to Kyoto for a 'spoke and hub' rail exploration of that region of Japan, including a trip to Ground Zero in Hiroshima to pay our respects. 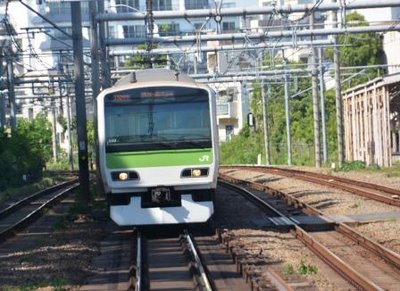 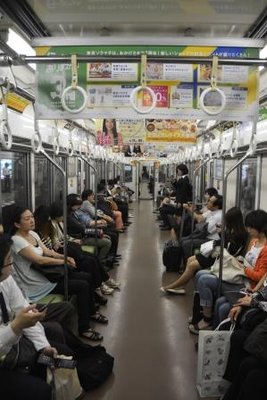 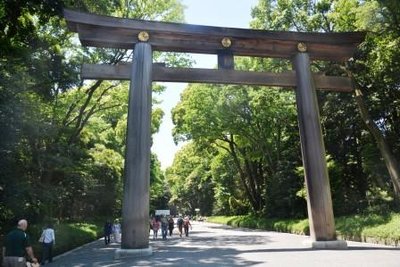 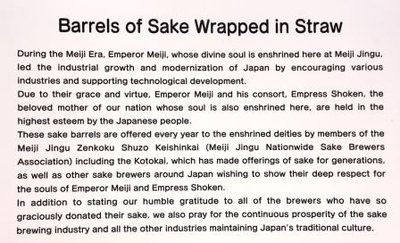 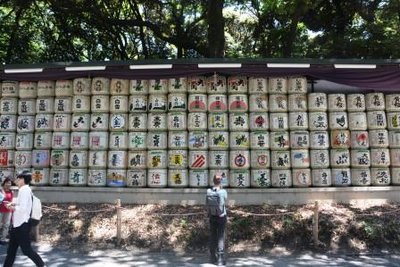 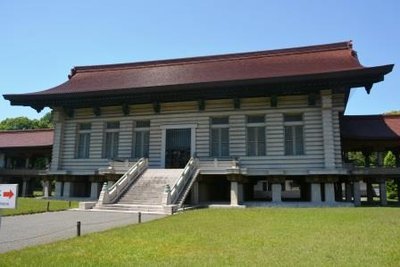 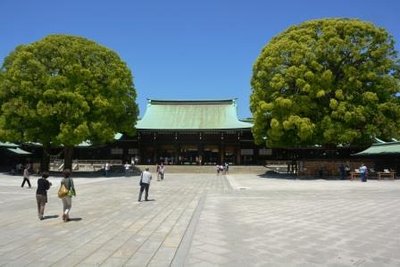