We left our hotel at 11:00am and had a 20 minute ride to the cruise terminal. We were one of the first one's at the terminal and also the first group on board. Lunch was waiting and our cabins were available at 1:30pm. We were greeted by a wonderfully friendly staff including the Hotel Manager, who was personally walking around conversing with the guests.
After our boat drill at 5:00pm we put the Bosporus astern and headed to sea.
The Bosphorus or Bosporus is a strait that forms part of the boundary between Europe and Asia. The Bosphorus, the Sea of Marmara, and the Dardanelles strait to the southwest together form the Turkish Straits. The world's narrowest strait used for international navigation, the Bosporus connects the Black Sea with the Sea of Marmara (which is connected by the Dardanelles to the Aegean Sea, and thereby to the Mediterranean Sea.) 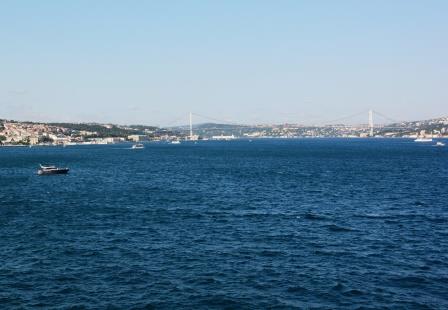 We arrived at our first port of Kepez and the associated Sea Port of Canakkale Turkey, both located on the Dardanelles Strait.
The Dardanelles formerly known as Hellespont , literally "Sea of Helle"), is a narrow strait in northwestern Turkey connecting the Aegean Sea to the Sea of Marmara. The strait is 61 kilometres (38 mi) long but only 1.2 to 6 kilometres (0.75 to 3.73 mi) wide, averaging 55 metres (180 ft) deep with a maximum depth of 103 metres (338 ft).[1] Water flows in both directions along the strait, from the Sea of Marmara to the Aegean via a surface current and in the opposite direction via an undercurrent. Canakkale is the nearest major town to the site of ancient Troy. The "wooden horse" from the 2004 movie Troy is exhibited on the seafront. Çanakkale is the second city to be situated on two continents after Istanbul. However Çanakkale is closer to mid-division than Istanbul. The first inhabitants of the city, which hosted many civilizations, lived on the Biga Peninsula in the Last Chalcolithic Age c. 6000 years ago. However, very little is known about the identity and lifestyle of these early settlers. According to some excavations and research, the earliest settlements in the region were established at Kumtepe. It is supposed that Kumkale was established in 4000 BC and Troy between 3500–3000 BC. The real history of Çanakkale started with Troy.
We skipped the early morning tours of Troy, and opted for the complimentary shuttle into town. 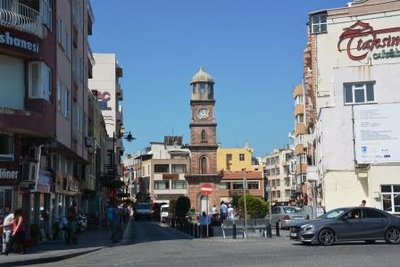 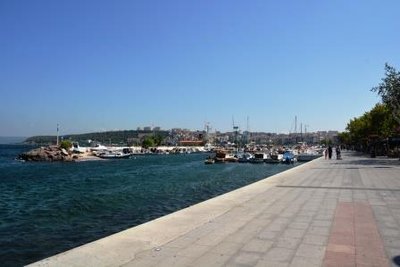 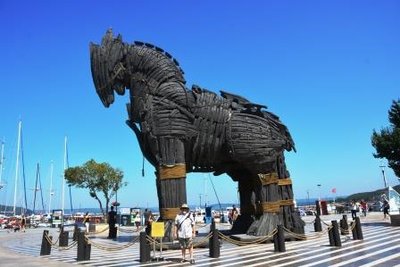 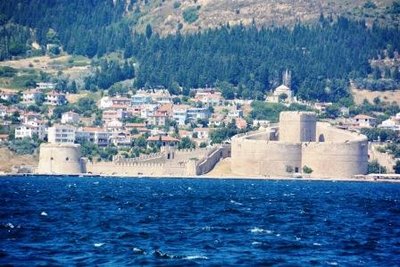 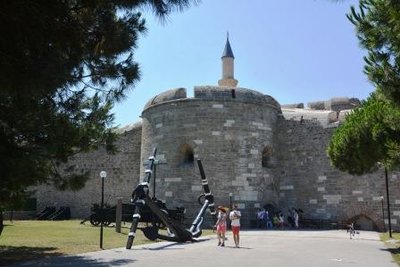 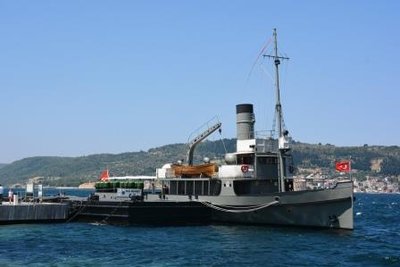 After the "Officers' BBQ Buffet" on the pool deck, we headed to sea at 3:00pm. Tonight we are dining at the Prime 21 Steak House!

Posted by rpickett 06:52 Archived in Turkey Tagged and çanakkale underway