After a wonderful dinner with friends experiencing the French Buffet, we got underway and headed to Greece. We arrived bright and early at Skiothos, a wonderful island community of beaches and fun, whose church above the village was used in the movie Mama Mia.

The island has a north to southwestern direction and is about 12 kilometres (7 miles) long and 6 kilometres (4 miles) wide on average. The coastline is indented with inlets, capes and peninsulas. The southeast and southwest parts have gentler slopes and that is where most settlements and facilities are located. The terrain is more rugged on the north coast, with the highest peak at 433 m (1,421 feet) on mount Karafiltzanaka. Despite its small size, Skiathos with its many beaches and wooded landscape is a popular tourist destination. It has over 60,[3] mostly sandy, beaches scattered around the 44 km (27 mi) coastline. In Ancient times, the island played a minor role during the Persian Wars. In 480 BC, the fleet of the Persian King Xerxes was hit by a storm and was badly damaged on the rocks of the Skiathos coast. Following this the Greek fleet blockaded the adjacent seas to prevent the Persians from invading the mainland and supplying provisions to the army facing the 300 Spartans defending the pass at Thermopylae. The Persian fleet was defeated there at Artemisium and finally destroyed at the Battle of Salamis a year later. Skiathos remained in the Delian League until it lost its independence. The city was destroyed by Philip V of Macedon in 200 BC.

This is a tender port. After a brief ride on one of our lifeboats, we wandered around the town, enjoying its beauty, and had a nice lunch overlooking the sea. Tonight it's off to the Italian specialty restaurant Aqualina and then underway back to our final stop in Turkey. 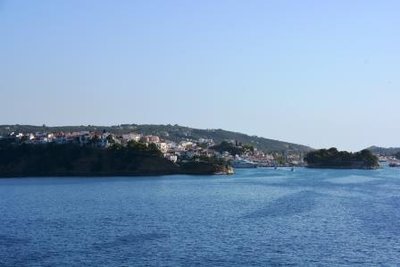 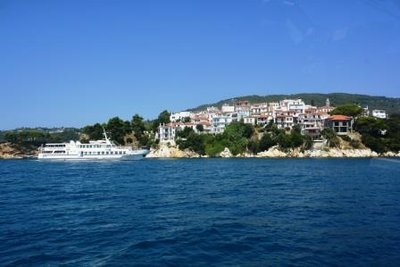 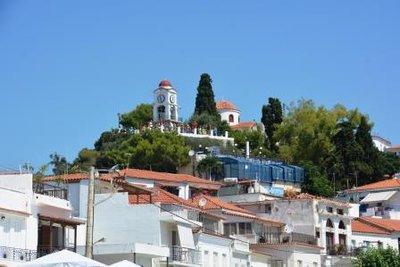 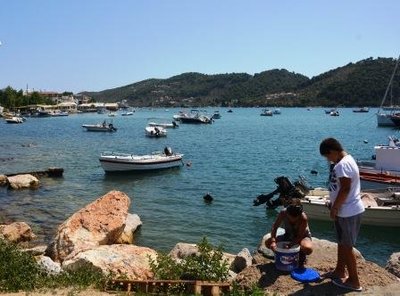 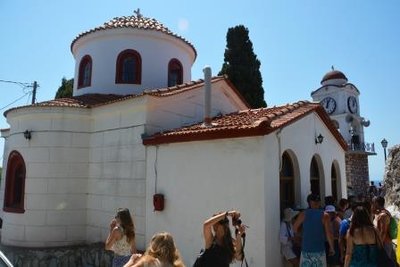 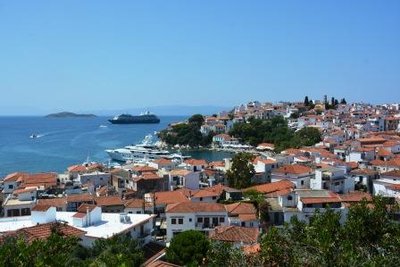 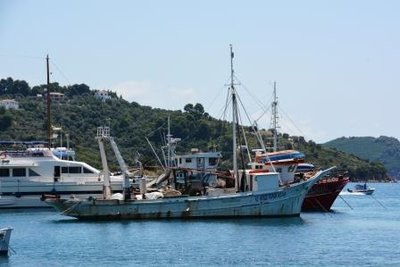 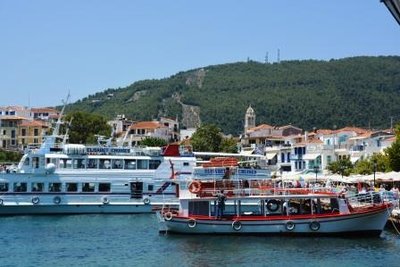