Today we anchored off the coast of Santorini, Greece - one of my favorite places!

Santorini is essentially what remains after an enormous volcanic eruption that destroyed the earliest settlements on a formerly single island, and created the current geological caldera. A giant central, rectangular lagoon, which measures about 12 by 7 km (7.5 by 4.3 mi), is surrounded by 300 m (980 ft) high, steep cliffs on three sides. The main island slopes downward to the Aegean Sea. On the fourth side, the lagoon is separated from the sea by another much smaller island called Therasia; the lagoon is connected to the sea in two places, in the northwest and southwest. The depth of the caldera, at 400m, makes it possible for all but the largest ships to anchor anywhere in the protected bay; there is also a fisherman harbour at Vlychada, on the southwestern coast. The island's principal port is Athinias. The capital, Fira, clings to the top of the cliff looking down on the lagoon. In 1956, the island of Santorini was hit by an earthquake that destroyed a large part of the island but luckily, some of the 18th century buildings were saved. The town of Fira is a typical Cycladic village made of charming white houses with blue windows and doors, separated from each other by small paved streets. Many of its beautiful buildings were constructed back in the times of the Venetian invasion, including some blue domed churches and sun-bathed verandas that offer an incredible view of the volcano and the sunset.

After taking the cable car up to Fira, we wandered around for a while and ate a very upscale lunch at a wonderful out of the way restaurant called 1500 BC. Although pricey, the food was superb! 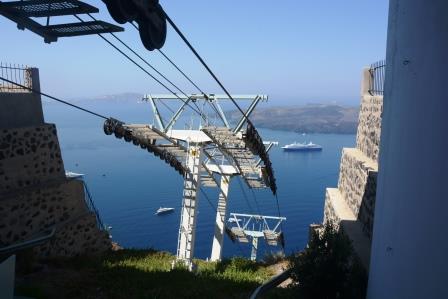 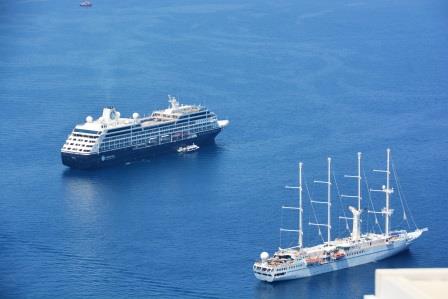 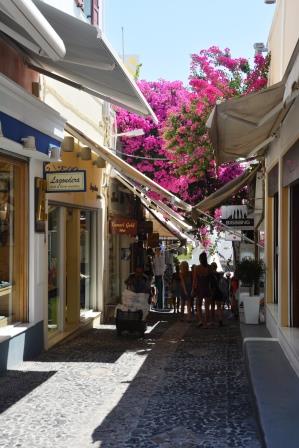 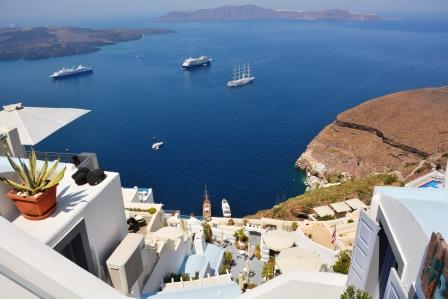 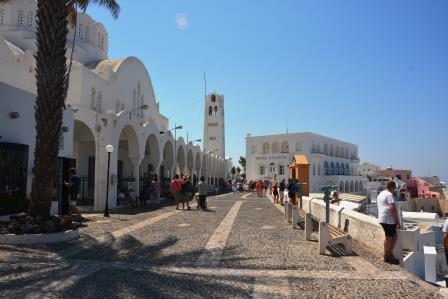 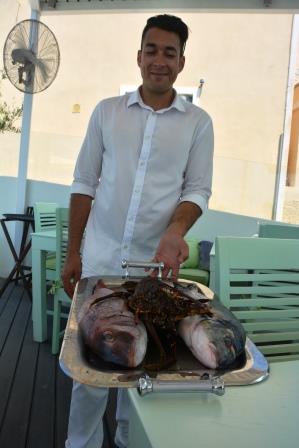 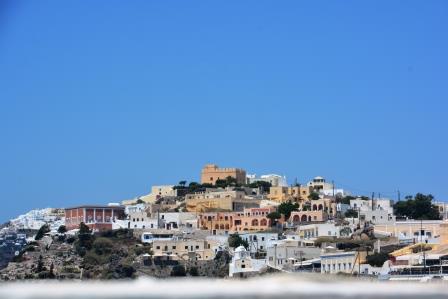 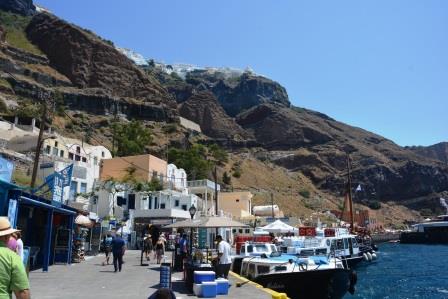