Another day, another wonderful island! Today it's Mykonos.

Archaeological findings suggest the presence of the Neolithic tribe Kares on the island in 3000 BC, but the first real settlers seem to be the Ionians from Athens in the early 11th century BC. There were many people living on the neighbouring island of Delos, just 2 km (1.2 miles) away, which meant that Mykonos became an important place for supplies and transit. It was, however, during ancient times a rather poor island with limited agricultural resources and only two towns. Its inhabitants were pantheists and worshipped many gods. Mykonos came under the control of the Romans during the reign of the great Roman Empire and then became part of the Byzantine Empire until the 12th century. In 1204, with the fall of Constantinople in the Fourth Crusade, Mykonos was occupied by Andrea Ghisi, a relative of the Doge of Venice. The island was ravaged by the Catalans at the end of the 13th century and finally given over to direct Venetian rule in 1390. Delos is the legendary birthplace of Apollo.
We did not make the trip to Delos, but wandered around town.

The windmills are the first thing seen when coming into the harbour of Alefkandra, as they stand on a hill overlooking the area. Most windmills face towards the North where the island's climate sources its strongest winds over the largest part of the year. There are currently 16 windmills on Mykonos of which seven are positioned on the famous landmark hill in Chora. Most of them were built by the Venetians in the 16th century, but construction continued into the early 20th century. They were primarily used to mill wheat. 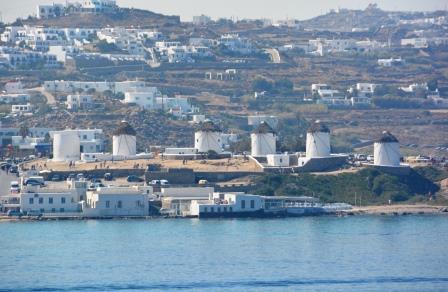 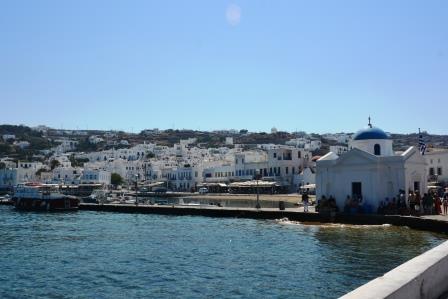 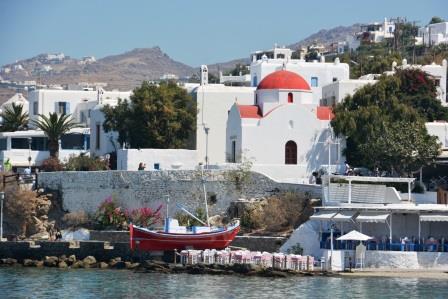 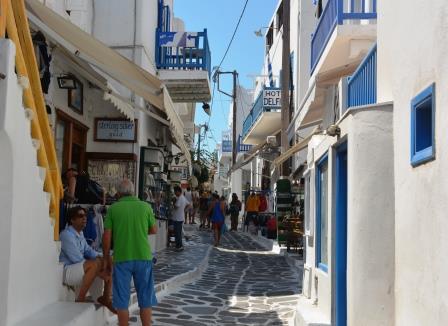 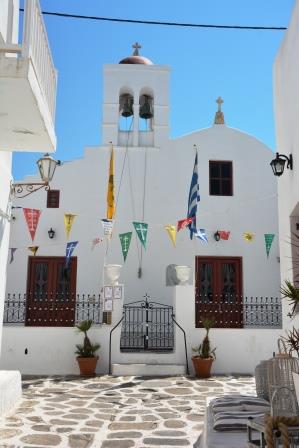 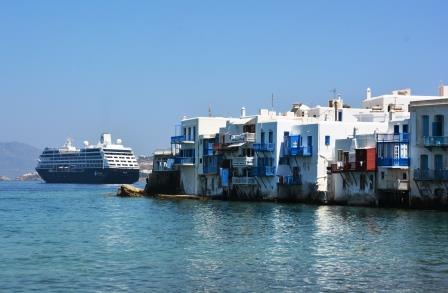 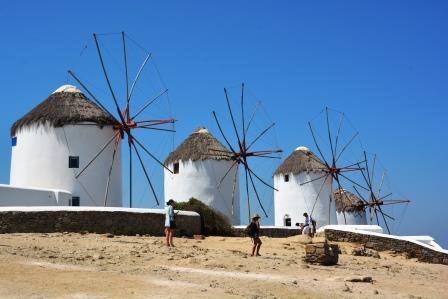 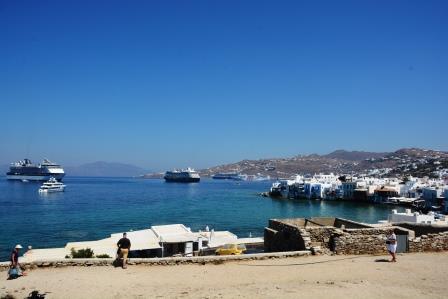