As we came over a day early, we used today as a jet lag recovery day. Our outing from the Intercontinental hotel was to a nearby department store for a quick purchase of and item I forgot to pack! To get there, we had to go through the beautiful Edwardo VII park, which is right across the street from the hotel.

The park occupies an area of 26 hectares to the north of the Avenida da Liberdade and the Marquess of Pombal Square, in the centre of the city. Its name pays homage to Edward VII of the United Kingdom who visited Portugal in 1902 to strengthen the relations between the two countries. The Lisbon Book Fair is held there annually. 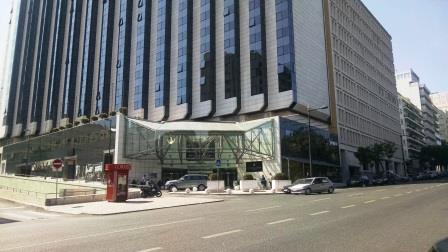 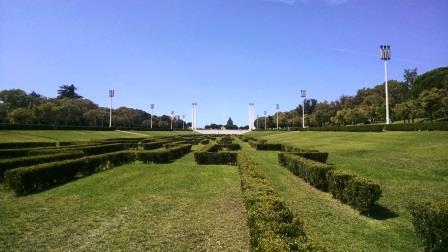 Our tour started today (Sunday) as we did our Lisbon City Tour. Our first stop was the St. Jeronimo Monsastery in the Belem section of town.
The Jerónimos Monastery replaced the church formerly existing in the same place, which was dedicated to Santa Maria de Belém and where the monks of the military-religious Order of Christ provided assistance to seafarers in transit. The construction of the monastery and church began on 6 January 1501, and was completed 100 years later. Manuel I selected the religious order of Hieronymite monks to occupy the monastery, whose role it was to pray for the King's eternal soul and to provide spiritual assistance to navigators and sailors who departed from the port of Restelo to discover lands around the world. This the monks did for over four centuries until 1833, when the religious orders were dissolved and the monastery was abandoned. To celebrate the 1898 fourth centenary of the arrival of Vasco da Gama in India, it was decided to restore the tomb of the explorer in 1894. The tombs of Vasco da Gama and Luís de Camões, carved by the sculptor Costa Mota, were placed in the southern lateral chapel. A year later the monastery received the remains of the poet João de Deus, later joined by the tombs of Almeida Garret (1902), Sidónio Pais (1918), Guerra Junqueiro (1923) and Teófilo Braga (1924). 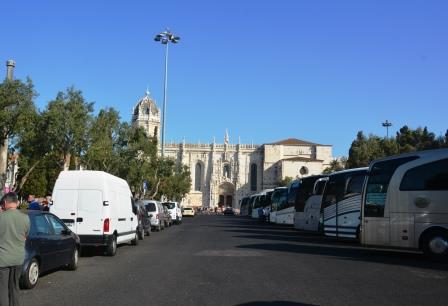 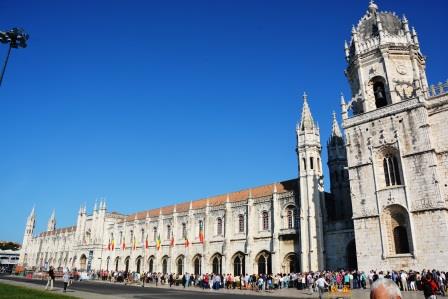 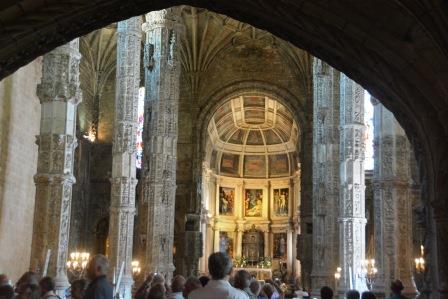 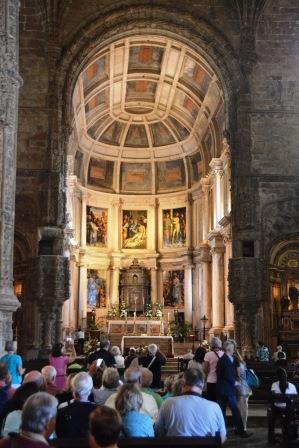 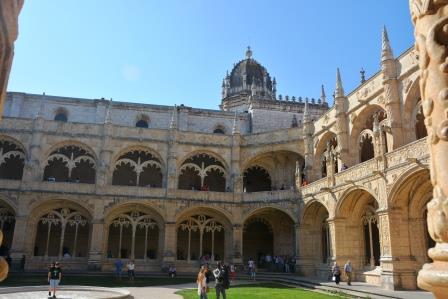 Our next stop was the nearby Tower of Belem. Tower of St Vincent (Belem) is a fortified tower located in the civil parish of Santa Maria de Belém . It is a UNESCO World Heritage Site because of the significant role it played in the Portuguese maritime discoveries of the era of the Age of Discoveries. The tower was commissioned by King John II to be part of a defense system at the mouth of the Tagus river and a ceremonial gateway to Lisbon. The tower was built in the early 16th century and is a prominent example of the Portuguese Manueline style, but it also incorporates hints of other architectural styles. The structure was built from lioz limestone and is composed of a bastion and a 30 m (100 foot), four storey tower. It has incorrectly been stated that the tower was built in the middle of the Tagus and now sits near the shore because the river was redirected after the 1755 Lisbon earthquake. In fact, the tower was built on a small island in the Tagus River near the Lisbon shore. 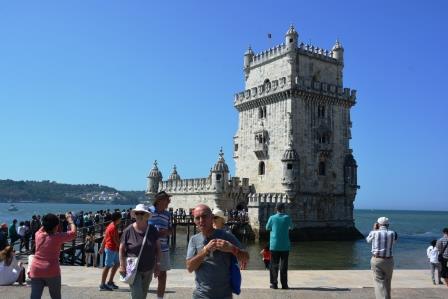 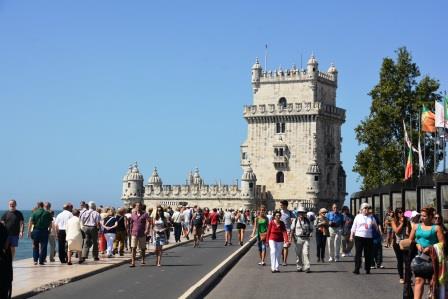 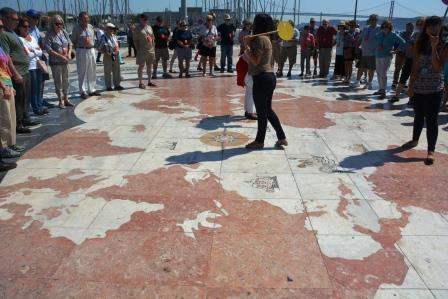 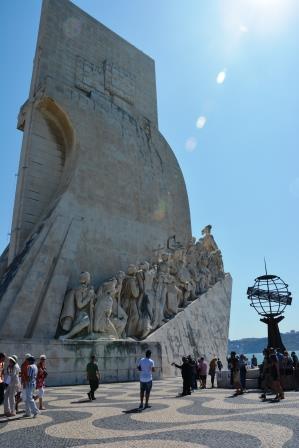 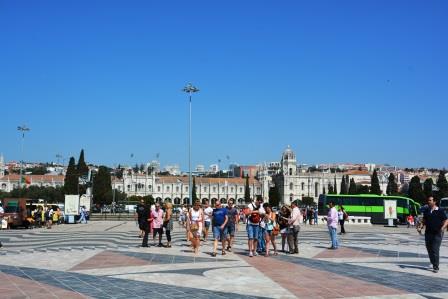