Today is our last full tour day in Peru. After checking out of the hotel, we head to the local pier to board a boat to the Ballestas Islands, the "Galapagos" of Peru. Although only two islands, the wildlife is amazing. Our guide stated that we witnessed more than 500,000 birds!

The Ballestas Islands are a group of small islands near the town of Paracas located within the Paracas District of the Pisco Province in the Ica Region, on the south coast of Peru. Composed largely of rock formations and covering an estimated area of 0.12 km², these islands are an important sanctuary for marine fauna like the guanay guano bird, the blue-footed booby and the tendril. Other notable species include Humboldt penguins and two varieties of seals (fur seals and sea lions), amongst other mammals. On the way to the islands, we sailed by El Candelabro, a large-scale geoglyph that may have served as a beacon to mariners. The mystery as to the origins of this particular geoglyph is ongoing with much speculation. Pottery found nearby has been radio carbon dated to 200 BCE, the time of the Paracas culture. The design is cut two feet into the soil, with stones possibly from a later date placed around it. The figure is 595 feet tall, large enough to be seen 12 miles at sea. 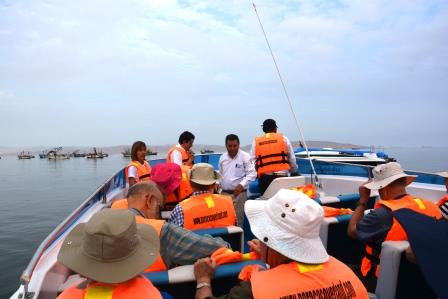 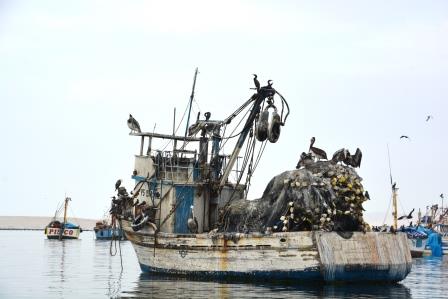 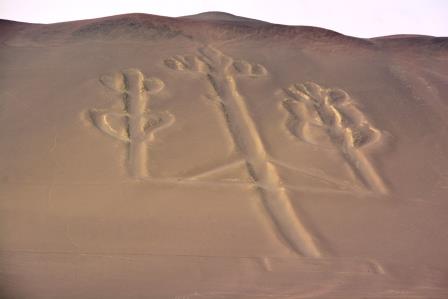 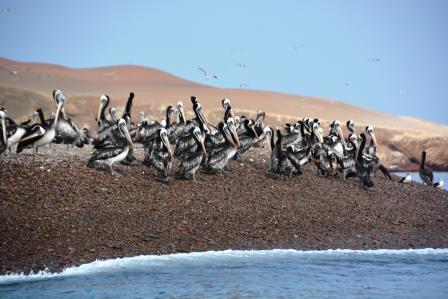 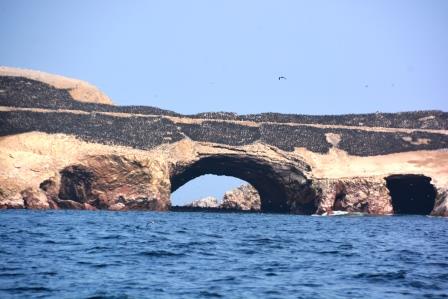 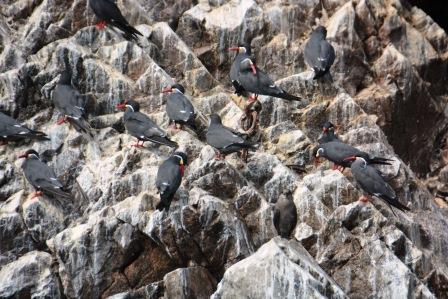 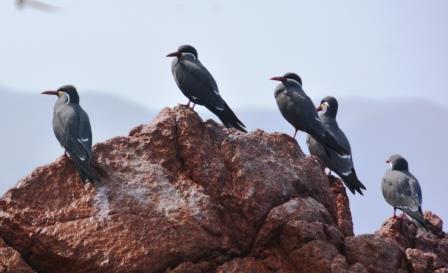 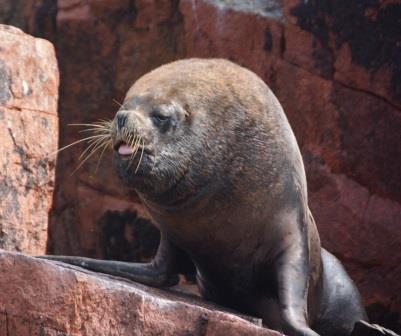 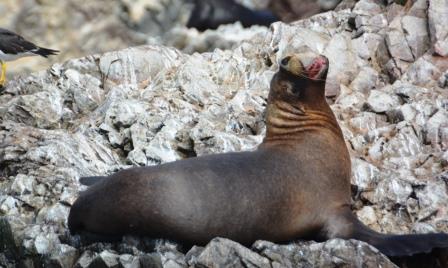 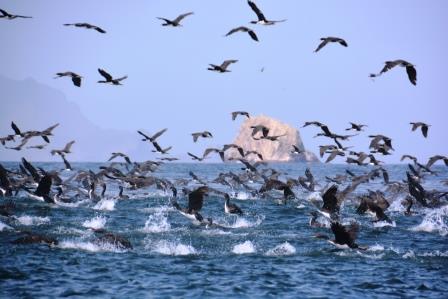 After our boat ride, we headed back to Lima for our farewell dinner, packing and saying goodbye. Although strenuous, this was a remarkable trip, with a wonderful group of travelers.