Rudesheim am Rhine and the Rhine River Gorge

This morning we toured the wonderful vineyard town of Rudesheim am Rhine and took a gondola ride up to the Niederwald Monument, which provided a wonderful birds eye view of the valley. Following our trip to the monument we were treated to a wine tasting of three Rieslings produced by a local vintner.

The area was settled first by the Celts, then after the turn of the Christian Era by Ubii and later by Mattiaci. In the first century, the Romans pushed forth to the Taunus. In Bingen they built a castrum, and on the other side, near what is now Rüdesheim, lay a bridgehead on the way to the Limes. The Romans were followed by the Alamanni, and along with the Migration Period (Völkerwanderung) came the Franks. Archaeological finds of glass from this time suggest that there was already winegrowing in Rüdesheim even then. The town's origin as a Frankish Haufendorf (roughly, "clump village") can still be seen on today's town maps. Rüdesheim had its first documentary mention in 1074. Its livelihood came mainly from winegrowing and shipping, particularly timber rafting. On 1 January 1818, Rüdesheim received town rights.

The Niederwald Monument was constructed to commemorate the foundation of the German Empire after the end of the Franco-Prussian War. The first stone was laid on September 16, 1871, by Kaiser Wilhelm I (William I). The sculptor was Johannes Schilling, and the architect was Karl Weisbach. The total cost of the work is estimated at one million gold marks. The monument was inaugurated on September 28, 1883. The 38 metres (125 ft) tall monument represents the union of all Germans. 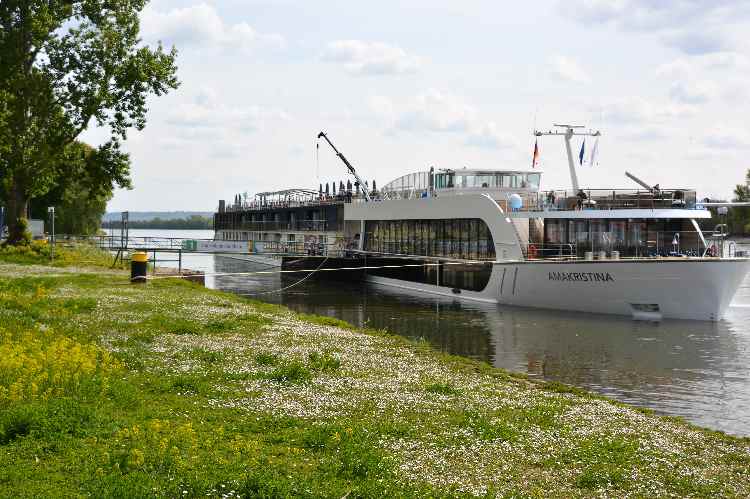 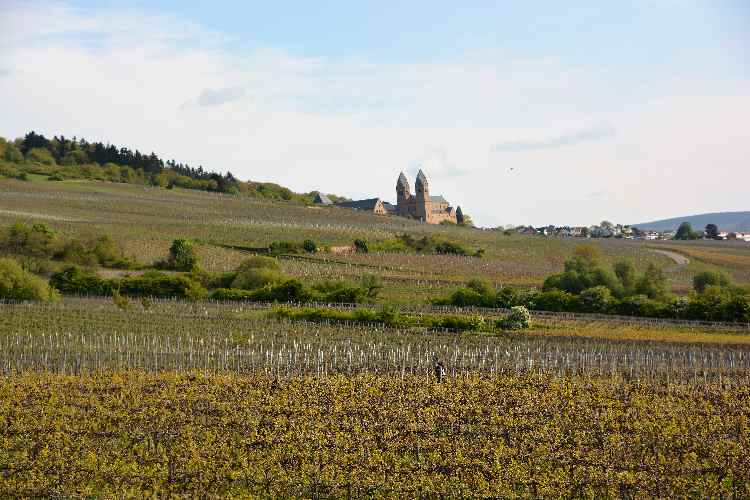 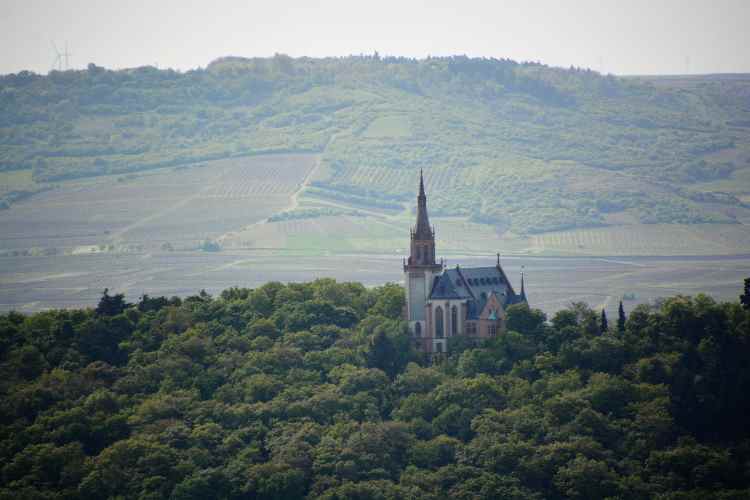 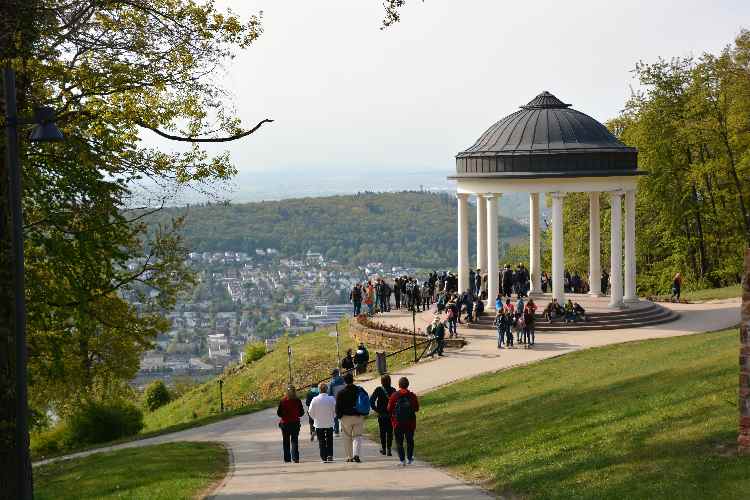 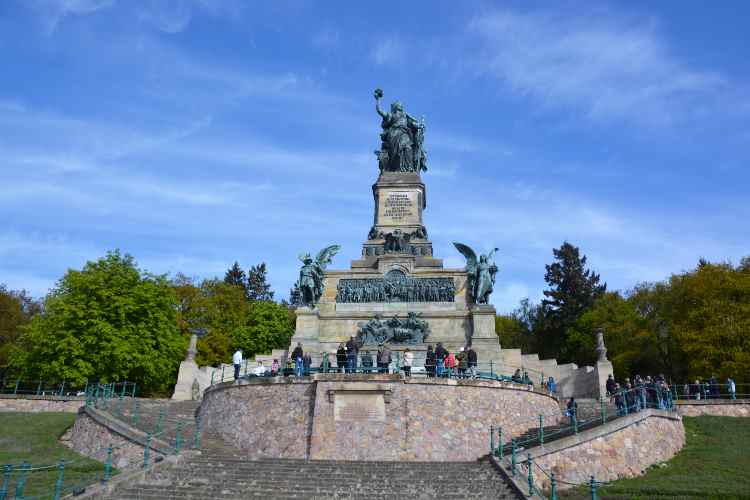 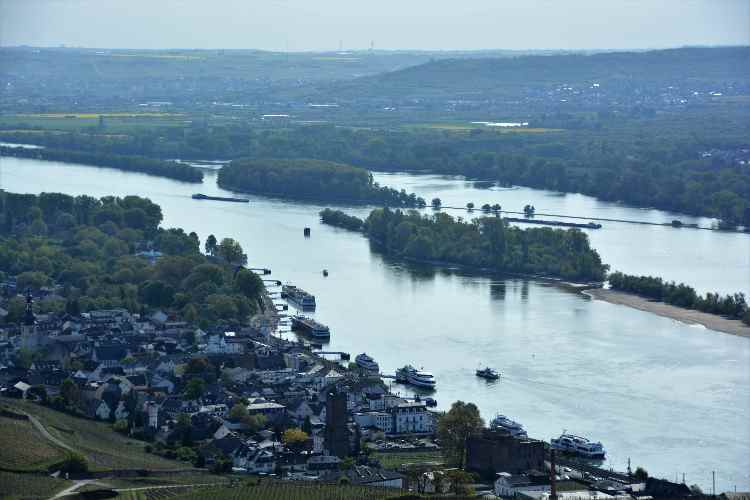 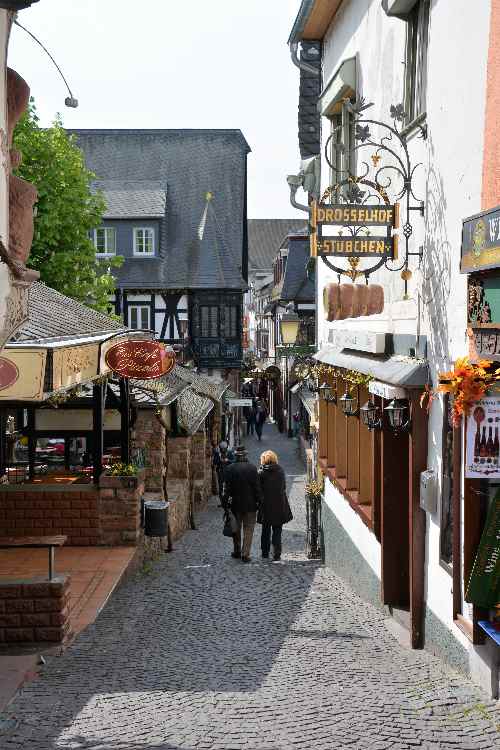 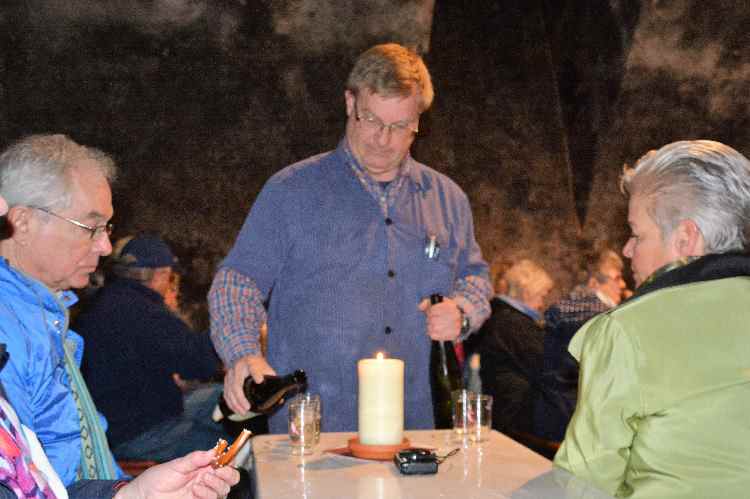 After a wonderful German themed pork featured lunch we got underway to traverse the Rhine River Gorge. The river has been an important trade route into central Europe since prehistoric times and a string of small settlements has grown up along the banks. Constrained in size, many of these old towns retain a historic feel today. With increasing wealth, many castles appeared and the valley became a core region of the Holy Roman Empire. It was at the centre of the Thirty Years' War, which left many of the castles in ruins, a particular attraction for today's cruise ships which follow the river. At one time forming a border of France, in the 19th Century the valley became part of Prussia and its landscape became the quintessential image of Germany. 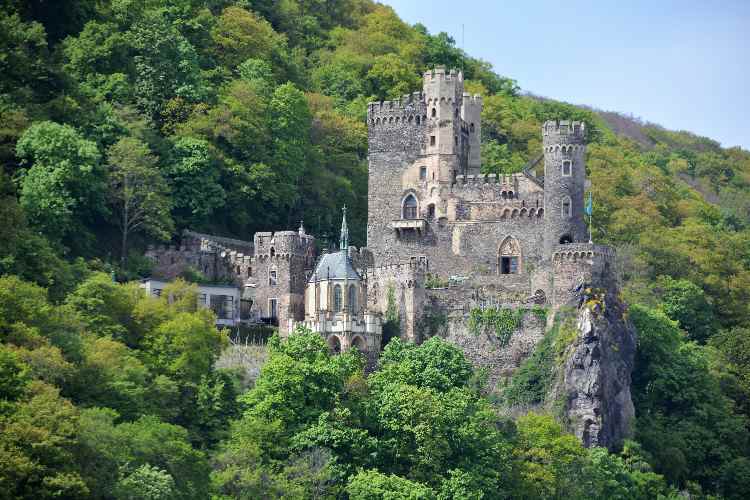 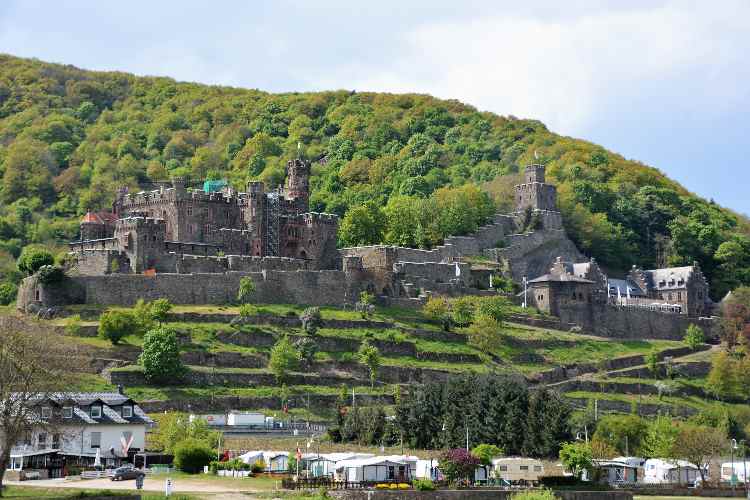 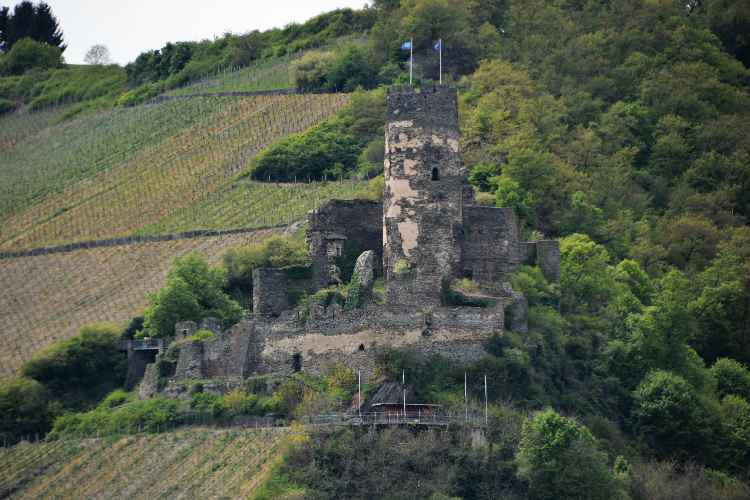 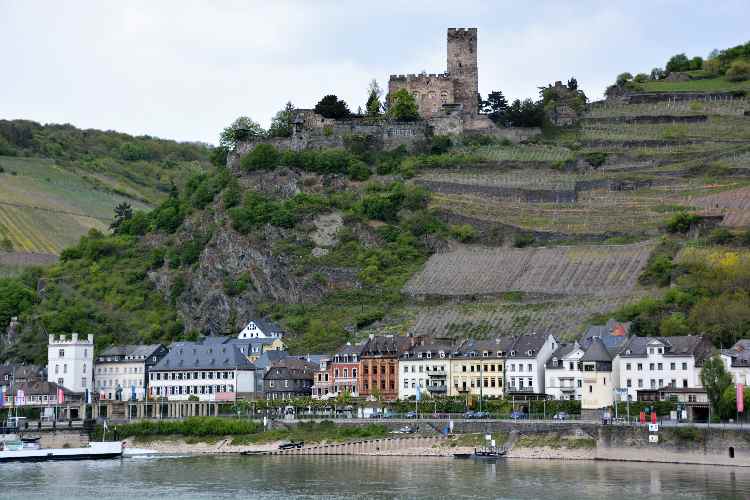 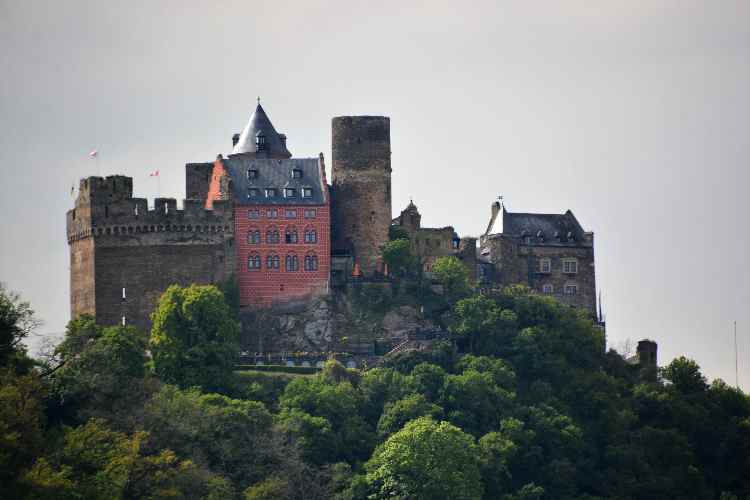 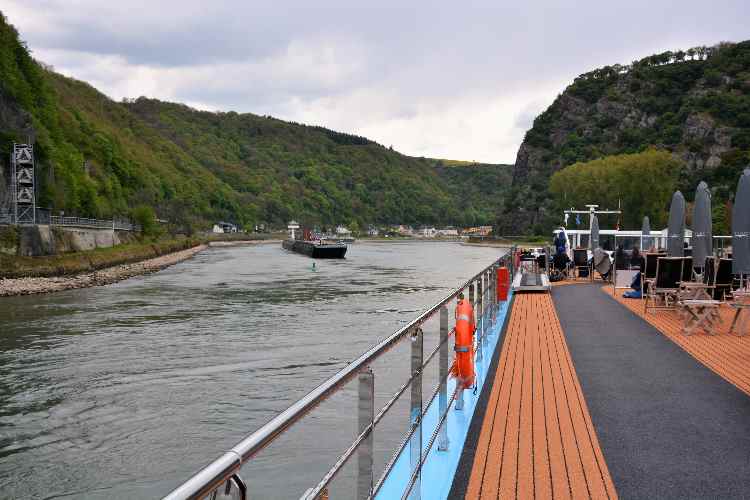 Posted by rpickett 07:56 Archived in Germany Tagged and the river am gorge rhine rudesheim