After a quiet morning of cruising the Rhine, we tied up in Cologne (Koln), Germany about 1230.
Cologne was founded and established in Ubii territory in the first century AD as the Roman Colonia Claudia Ara Agrippinensium, from which it gets its name. "Cologne", the French version of the city's name, has become standard in English as well. The city functioned as the capital of the Roman province of Germania Inferior and as the headquarters of the Roman military in the region until occupied by the Franks in 462. During the Middle Ages it flourished on one of the most important major trade routes between east and west in Europe. Cologne was one of the leading members of the Hanseatic League and one of the largest cities north of the Alps in medieval and Renaissance times. Up until World War II the city had undergone several occupations by the French and also by the British (1918–1926). Cologne was one of the most heavily bombed cities in Germany during World War II, the Royal Air Force (RAF) dropping 34,711 long tons of bombs on the city. The bombing reduced the population by 95%, mainly due to evacuation, and destroyed almost the entire city. With the intention of restoring as many historic buildings as possible, the successful postwar rebuilding has resulted in a very mixed and unique cityscape.

Its most famous landmark is the Koln Cathedral, which was mostly spared during World War 2. During the War the stained glass windows were removed and then reinstalled. Some of the windows date back to the 1200's.
Construction of Cologne Cathedral commenced in 1248 and was halted in 1473, leaving it unfinished. Work restarted in the 19th century and was completed, to the original plan, in 1880. The cathedral is the largest Gothic church in Northern Europe and has the second-tallest spires. The towers for its two huge spires give the cathedral the largest façade of any church in the world. The choir has the largest height to width ratio, 3.6:1, of any medieval church. Cologne's medieval builders had planned a grand structure to house the reliquary of the Three Kings and fit its role as a place of worship for the Holy Roman Emperor. Despite having been left incomplete during the medieval period, Cologne Cathedral eventually became unified as "a masterpiece of exceptional intrinsic value" and "a powerful testimony to the strength and persistence of Christian belief in medieval and modern Europe". 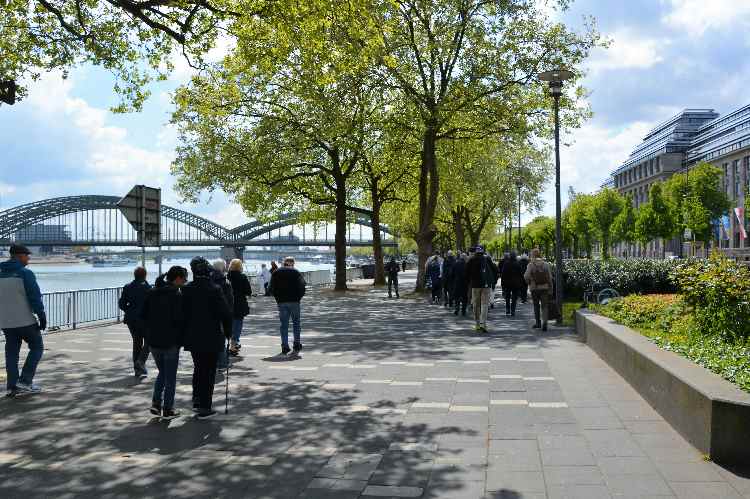 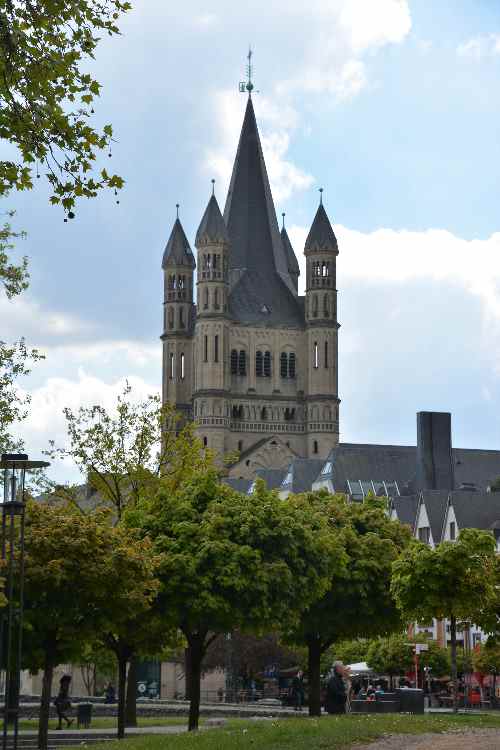 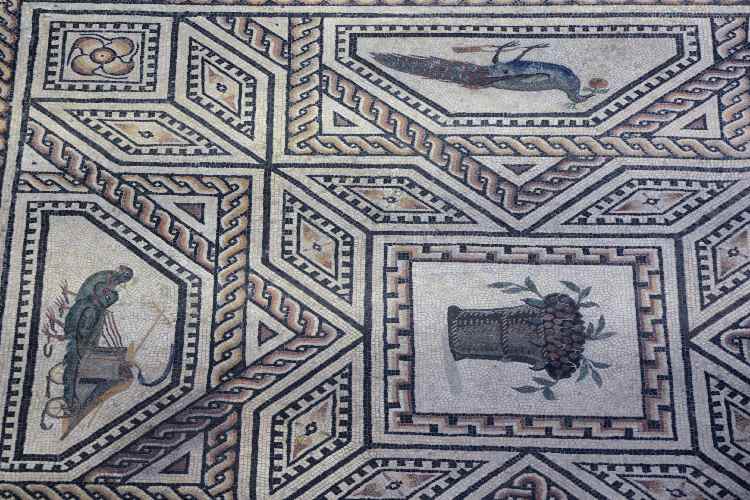 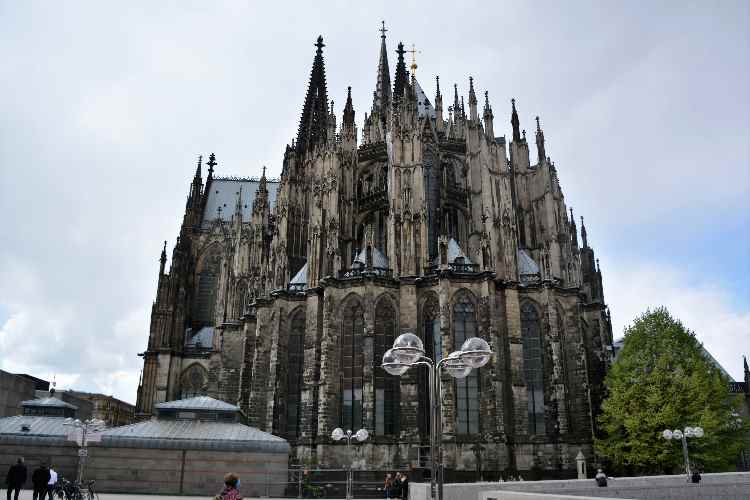 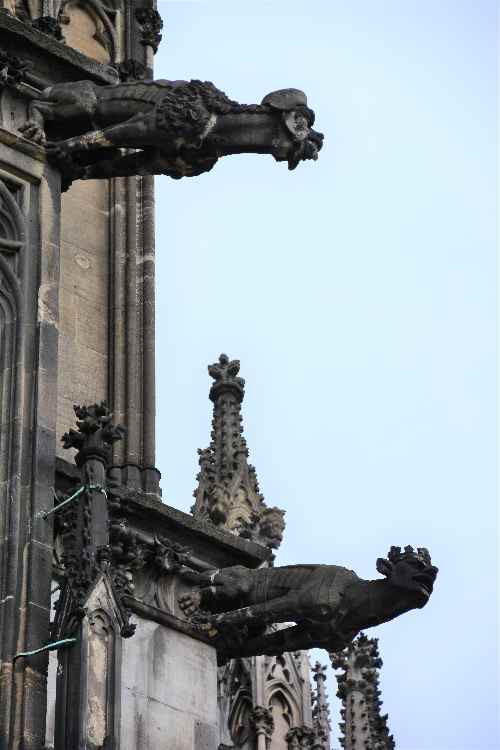 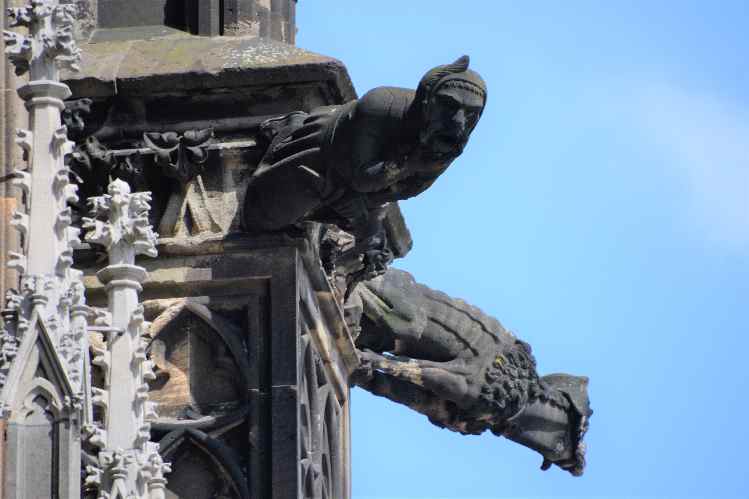 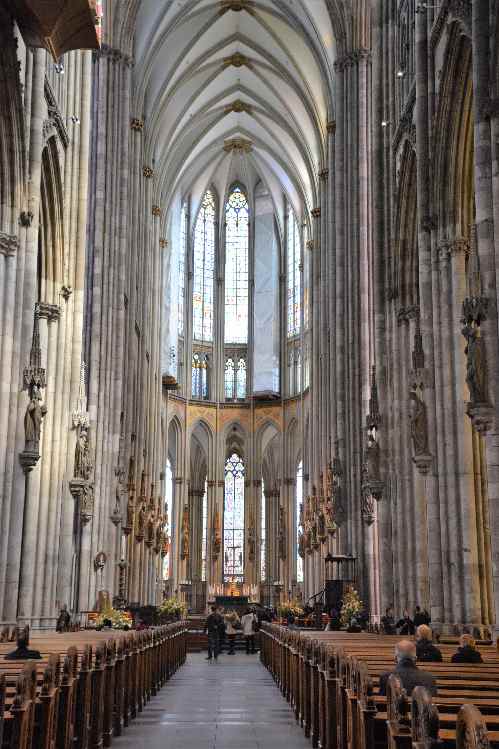 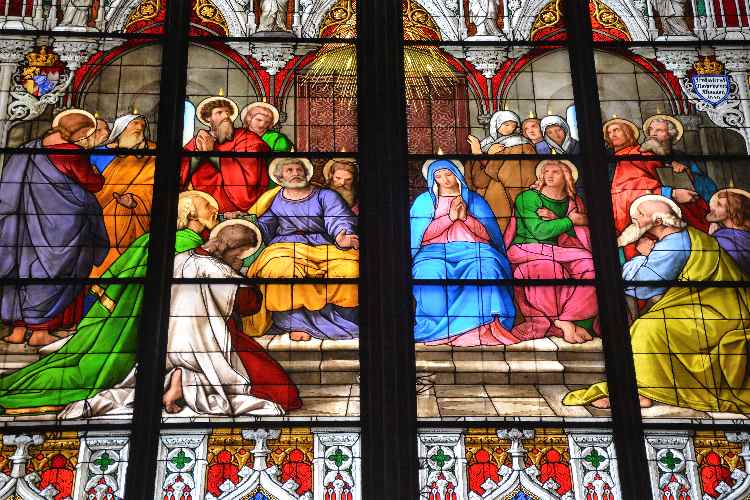 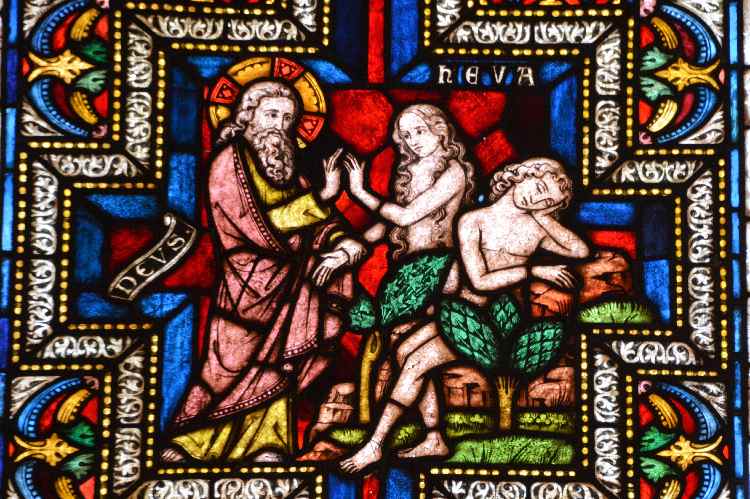 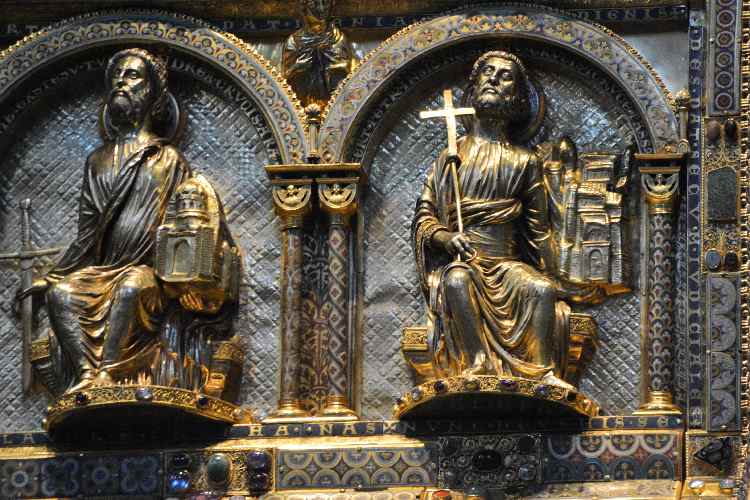 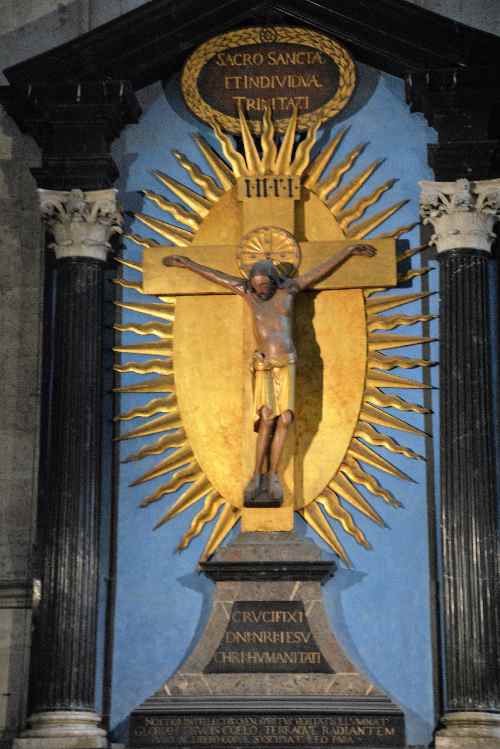