Our first actual tour day started with muster in the lobby at 0800 to me out tour guide "Francis" - the name he gave himself when he started studying English. He as been a tour guide for 22 years, and has spent the last 7 of those years with Viking. He is very enthusiastic, energetic and fun to be around. After a bunch of "housekeeping" items we headed off.

The Square is beyond immense - it's supposedly the largest of it's type in the world. There was a huge line to see Chairman Mao's Tomb - which we didn't see luckily - but were given some free time to explore. 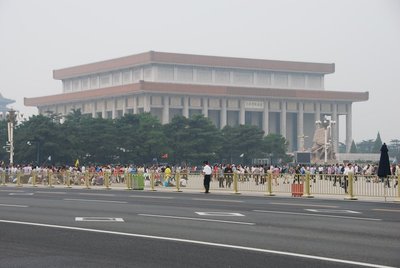 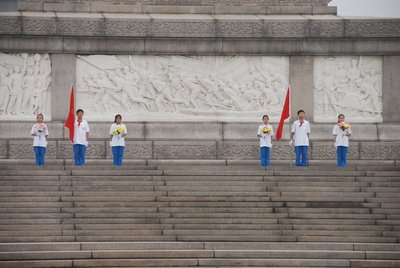 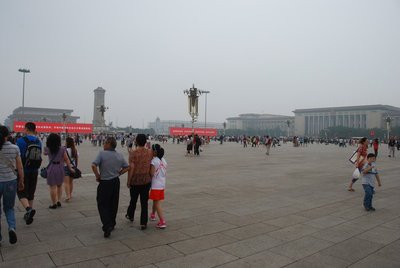 We then passed under Chairman Mao and entered the Forbidden City, the largest palace complex in the world with 9,999 rooms, completed in 1420. This was the palace for both the Ming and Qing Dynasties. 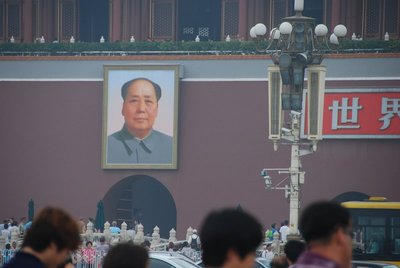 No words can really describe the majesty and wonder of the Forbidden City. You have seen it in the movies - The Last Emperor - but that movie only used a small portion of this most magnificent facility. You go through gate after gate, entering the inner sanctum of the Emperor until you finally reach his rather modest sleeping rooms. Serviced by dozens of concubines and waited on by hundreds of eunuchs, it is a life without reality. You don't really appreciate its size until you keep walking and walking and walking...... just to cross from one end to the other. 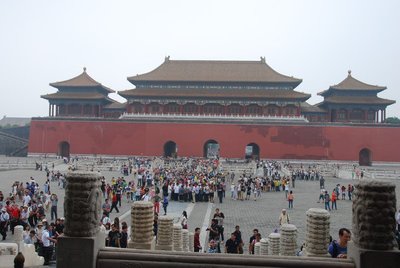 After a buffet lunch at a local hotel - very nice - we headed off to the summer palace, playground for royalty of the Qing Dynasty. The Palace sits on 700 acres and borders on a man made (peon) lake. If I were King, I would enjoy going here! 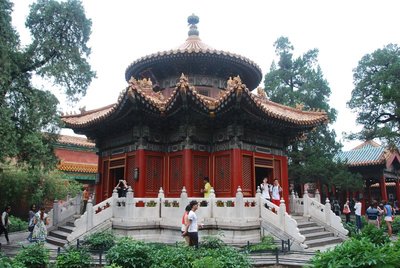 After a boat ride across the lake, we were offered a chance to drive around the Olympic Village, which the bus unanimously decided was a great idea. It's pretty remarkable. 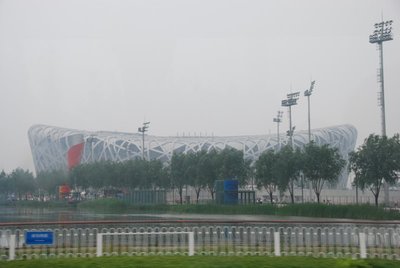 Back to the hotel and a buffet dinner, and sleep. Jet lag is overcoming excitement. Great Wall, Peking Duck and Chinese Opera tomorrow!

Posted by rpickett 02:35 Archived in China