We started this adventure in New York, where the Norwegian Breakaway was moored next to the Intrepid museum. We are doing a trans-atlantic journey to Southampton England with stops in the Azores, Ireland, England and France. Our next five days are at sea. We arrived in New York to a beautiful 75 degree day, and woke up the next morning with clouds and temperatures in the high 40's - certainly a transition.
We arrived at the pier about 1130, and the ship had not finished debarking yet. Apparently Customs and Border Patrol was severely limiting the number of folks who could debark at one time. As a result the ship was not cleared until almost 1pm. Slow and tedious with a packed cruise terminal of passengers, most of whom had arrived much before the scheduled boarding time of Noon. 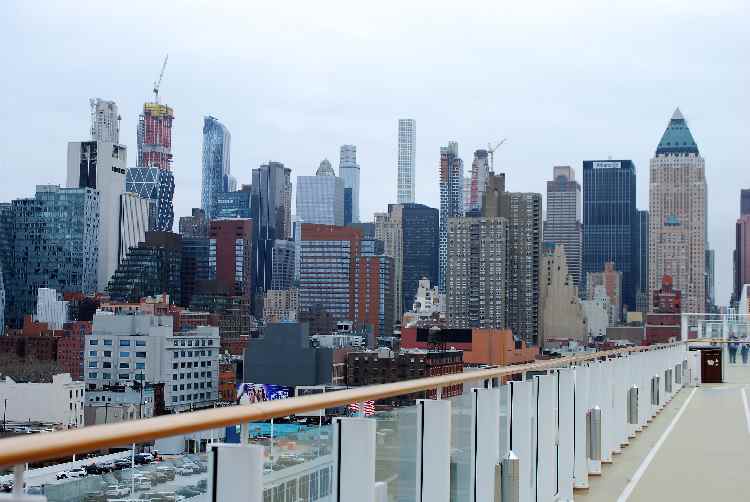 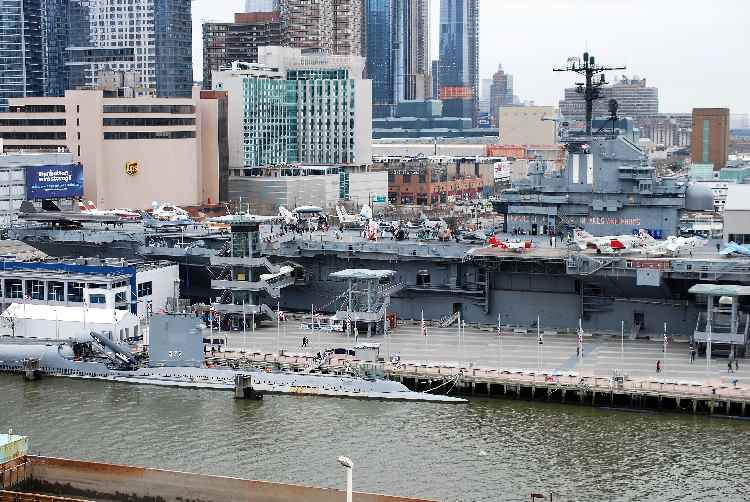 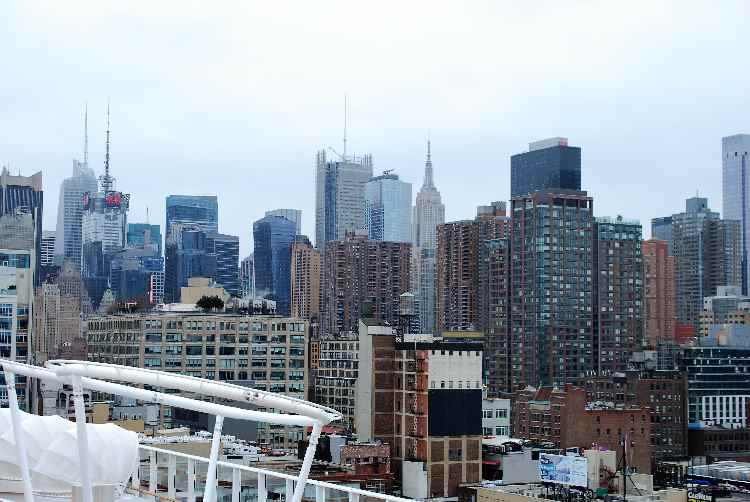 Directly across the river from where we were tied up was Hamilton Park in New Jersey, where Alexander Hamilton died in a duel. 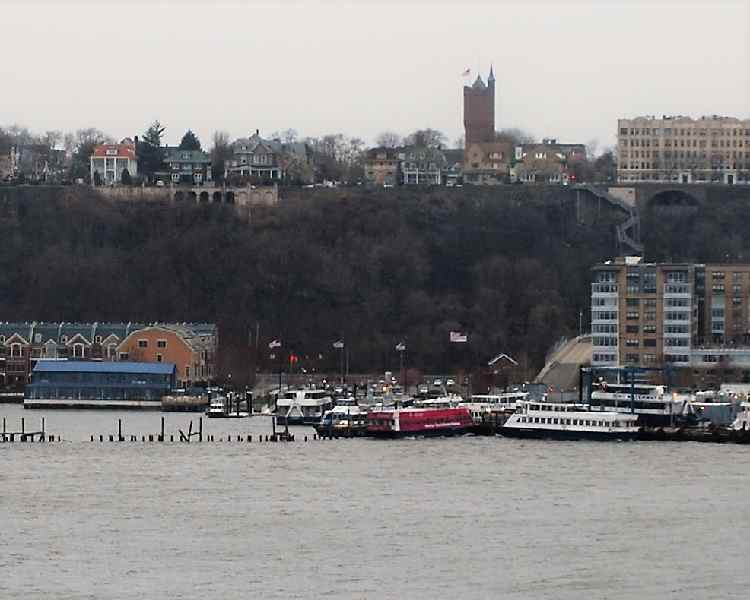 We got underway late due to needing to complete a large on -load of groceries for the next 12 days. The ship normally provisions for 7 days.

A good dinner and off to bed!