Salisbury to Chester and Llandudno Wales

Yesterday the project was to drive the 235 mile trek from Salisbury to Chester, where we will spend two nights and make a visit to Llandudno, Wales; my first visit to that great country.

On the way to Chester we drove through the college town of Oxford. Like most college towns there was no parking anywhere so we just did the drive through. The University of Oxford is a collegiate research university in Oxford, England. There is evidence of teaching as far back as 1096, making it the oldest university in the English-speaking world and the world's second-oldest university in continuous operation. The university is made up of 38 constituent colleges, and a range of academic departments which are organised into four divisions. All the colleges are self-governing institutions within the university, each controlling its own membership and with its own internal structure and activities.It does not have a main campus, and its buildings and facilities are scattered throughout the city centre. Undergraduate teaching at Oxford is organised around weekly tutorials at the colleges and halls, supported by classes, lectures, seminars, and laboratory work provided by university faculties and departments; some postgraduate teaching includes tutorials organised by faculties and departments. It operates the world's oldest university museum, as well as the largest university press in the world and the largest academic library system nationwide. The university is consistently cited as among the world's best. Oxford has educated many notable alumni, including 29 Nobel laureates, 27 prime ministers of the United Kingdom and many heads of state and government around the world. As of 2017, 69 Nobel Prize winners members of the University.

The town of Llandudno developed from Stone Age, Bronze Age and Iron Age settlements over many hundreds of years on the slopes of the limestone headland, known to seafarers as the Great Orme and to landsmen as the Creuddyn Peninsula. The origins in recorded history are with the Manor of Gogarth conveyed by King Edward I to Annan, Bishop of Bangor in 1284. The manor comprised three townships, Y Gogarth in the south-west, Y Cyngreawdr in the north (with the parish church of St Tudno) and Yr Wyddfid in the south-east.

Our sightseeing involved taking the Great Orme Tramway. The Great Orme Tramway is Britain’s only cable-hauled public road tramway and has been delighting visitors from near and far since it opened on July 31st 1902. The Tramway climbs a mile (1500m) high up the Great Orme Country Park and Nature Reserve with the unique journey beginning at Victoria Station then climbing to the Halfway Station exhibition, where you can discover the history of the fascinating funicular and view the Victoria engineering.

The day was perfect and the scenery wonderful! 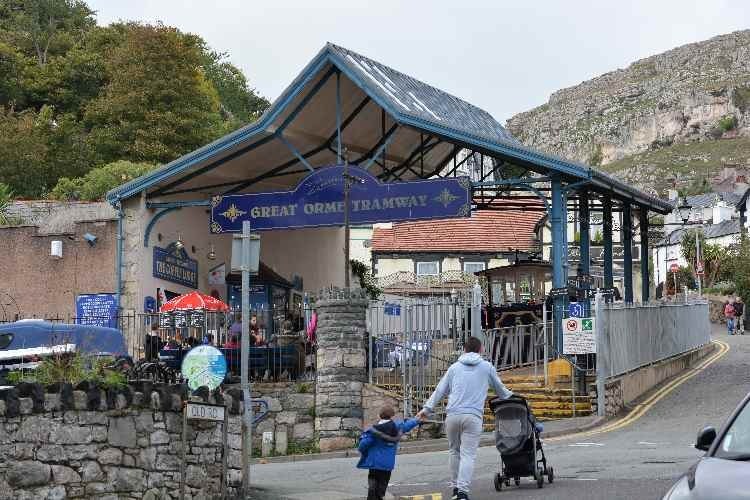 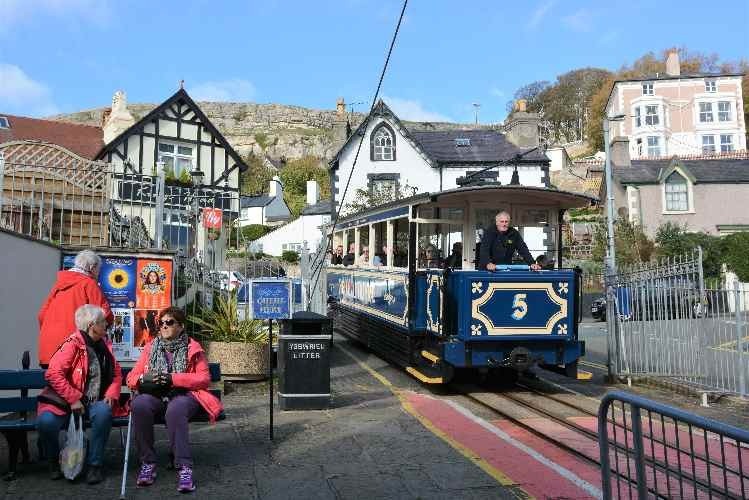 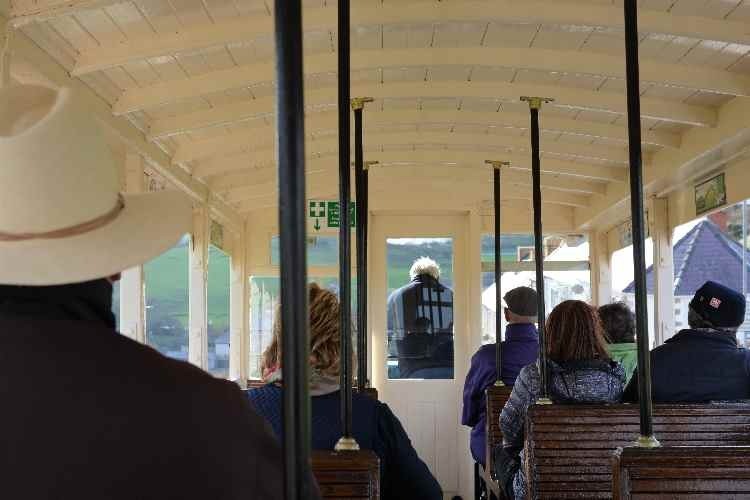 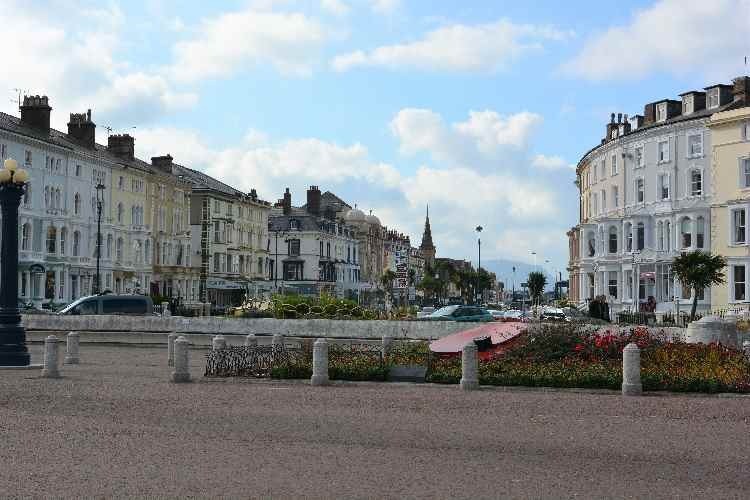 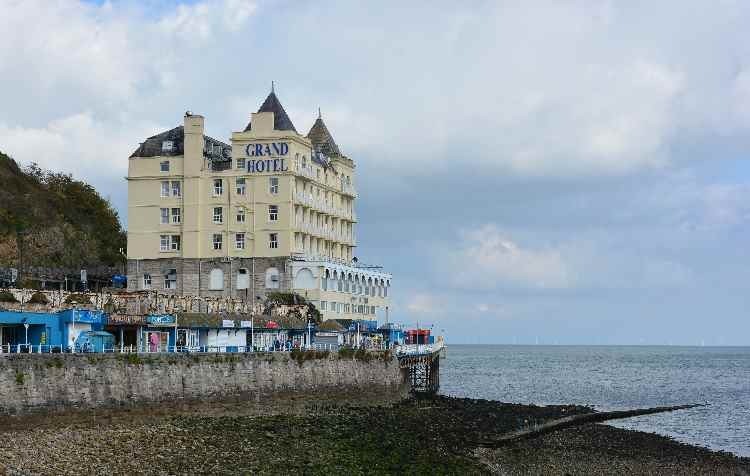 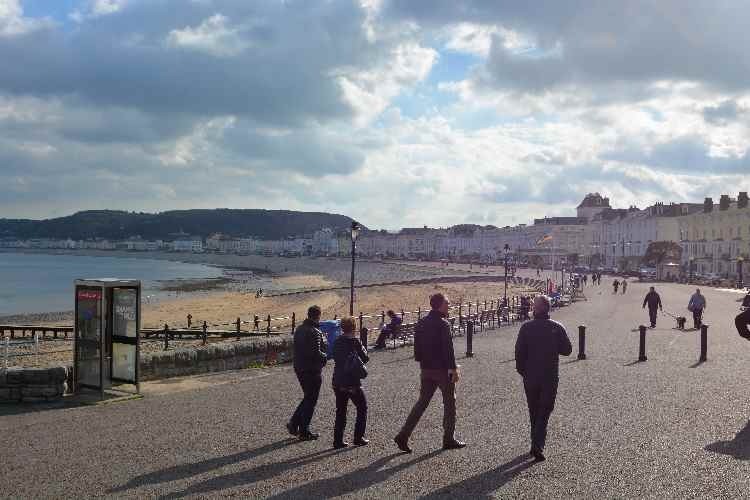 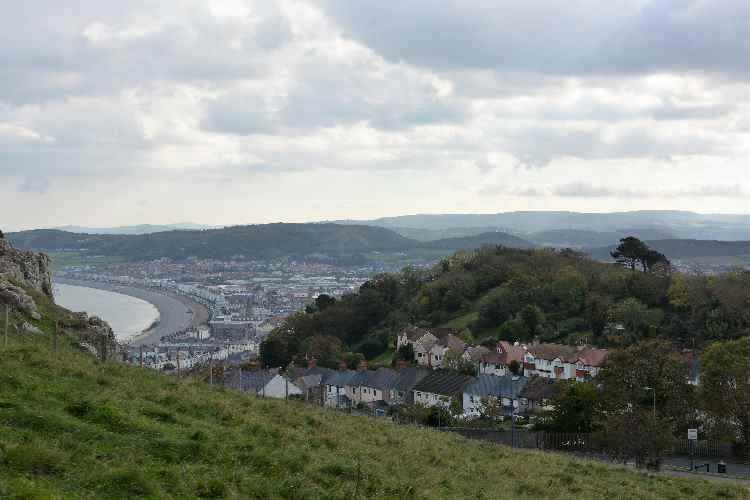 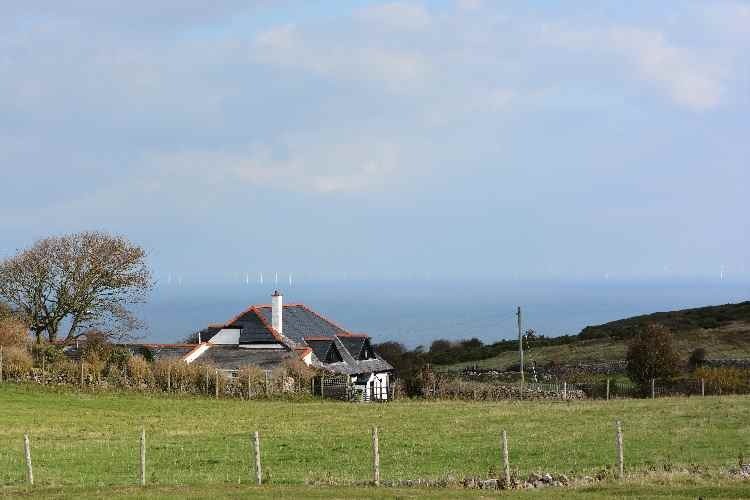 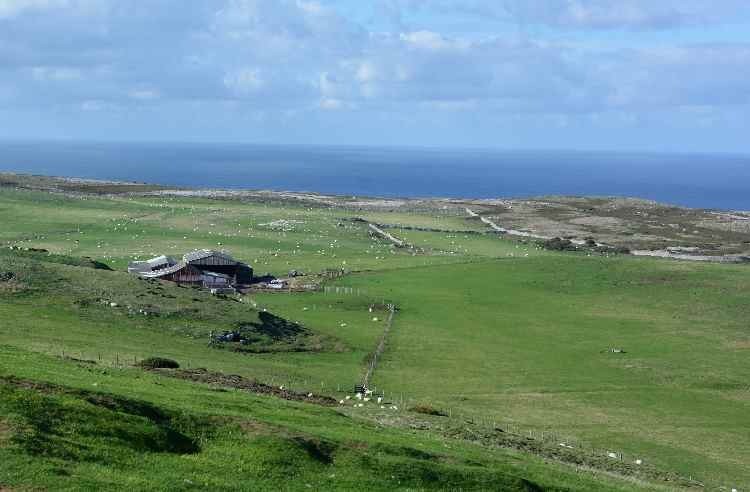 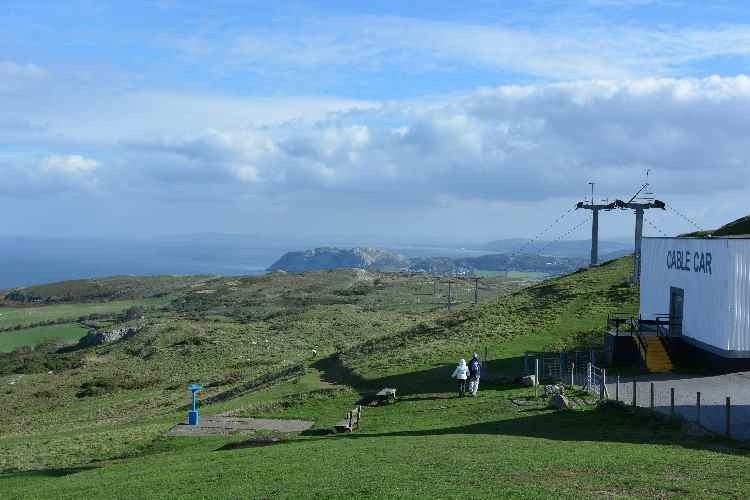 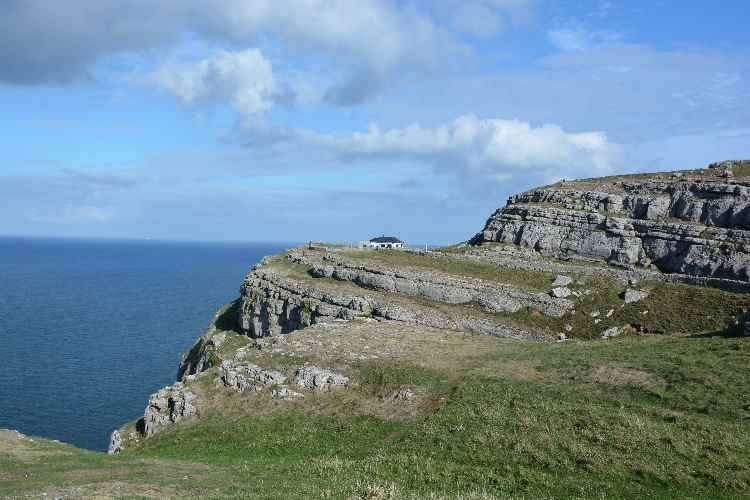 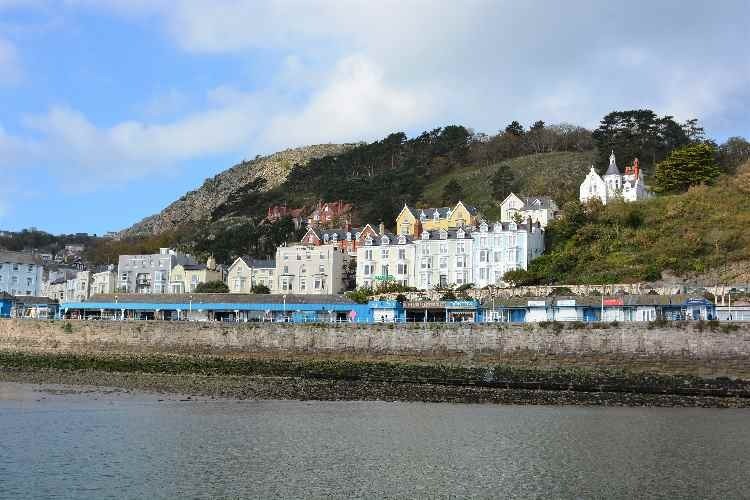