Our second day of sightseeing was interesting and again wonderful. We started the day with a visit to Humayan's Tomb. The tomb is the tomb of the Mughal Emperor Humayun in Delhi, India. The tomb was commissioned by Humayun's first wife and chief consort, Empress Bega Begum (also known as Haji Begum), in 1569-70, and designed by Mirak Mirza Ghiyas and his son, Sayyid Muhammad, Persian architects chosen by her. It was the first garden-tomb on the Indian subcontinent, and is located in Nizamuddin East, Delhi, India, close to the Dina-panah Citadel, also known as Purana Qila (Old Fort), that Humayun founded in 1533. It was also the first structure to use red sandstone at such a scale. The tomb was declared a UNESCO World Heritage Site in 1993. The complex encompasses the main tomb of the Emperor Humayun, which houses the graves of Empress Bega Begum , Hamida Begum, and also Dara Shikoh, great-great-grandson of Humayun and son of the later Emperor Shah Jahan, as well as numerous other subsequent Mughals, including Emperor Jahandar Shah, Farrukhsiyar, Rafi Ul-Darjat, Rafi Ud-Daulat, Muhammad Kam Bakhsh and Alamgir II. It represented a leap in Mughal architecture, and together with its accomplished Charbagh garden, typical of Persian gardens, but never seen before in India, it set a precedent for subsequent Mughal architecture. 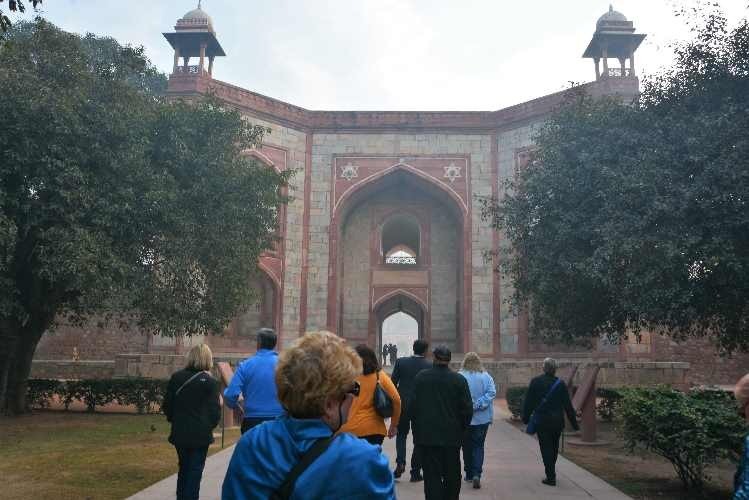 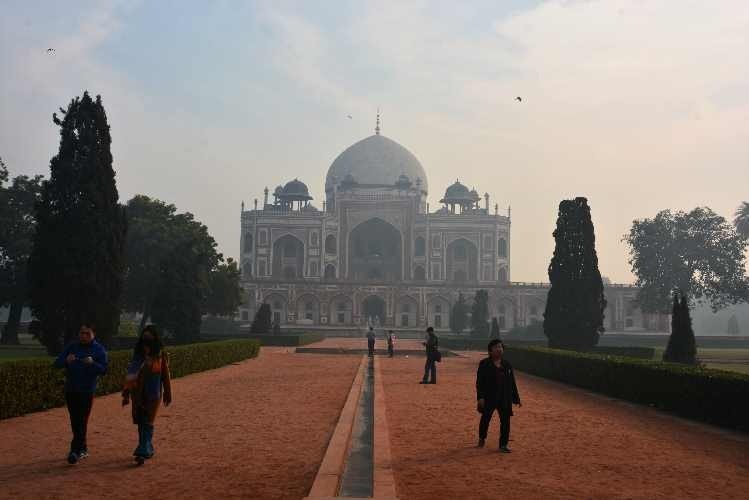 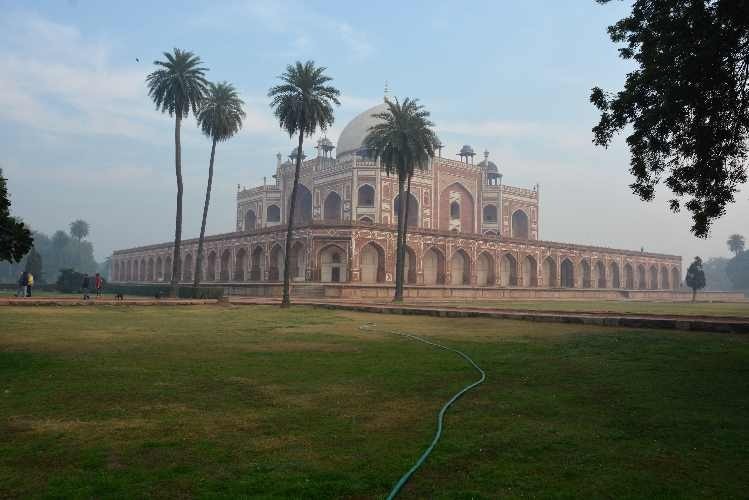 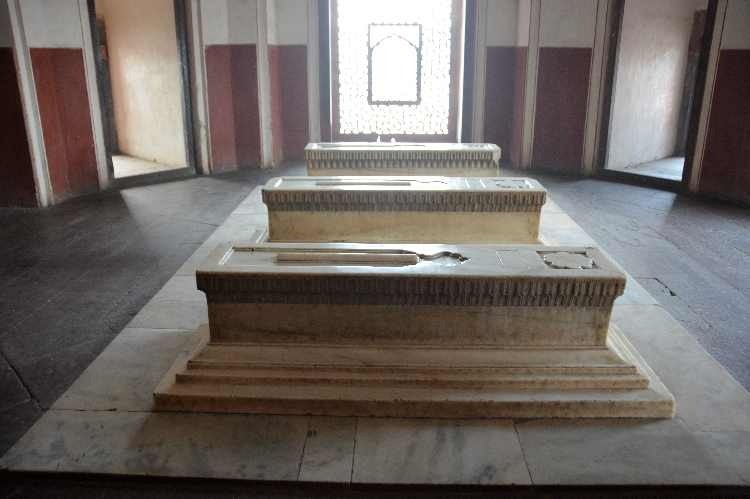 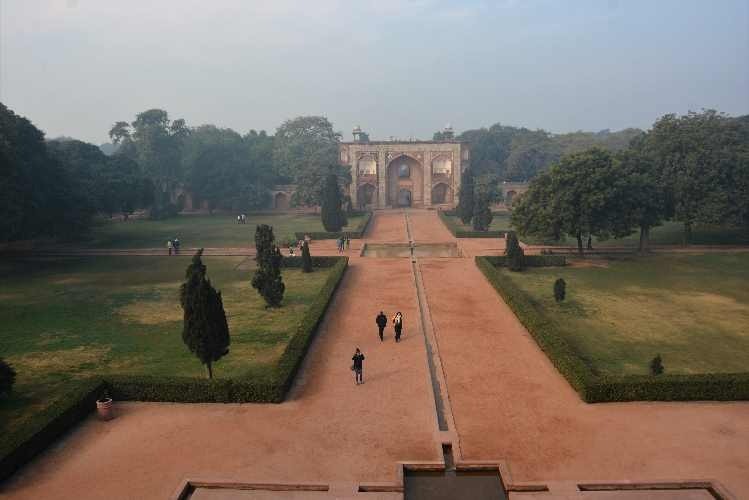 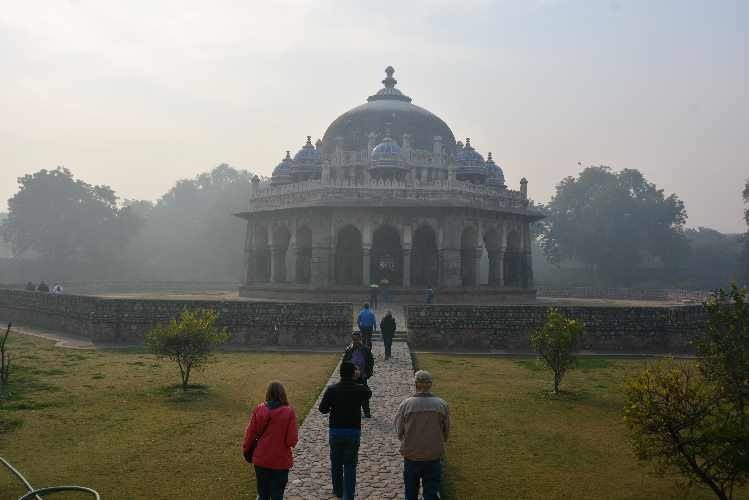 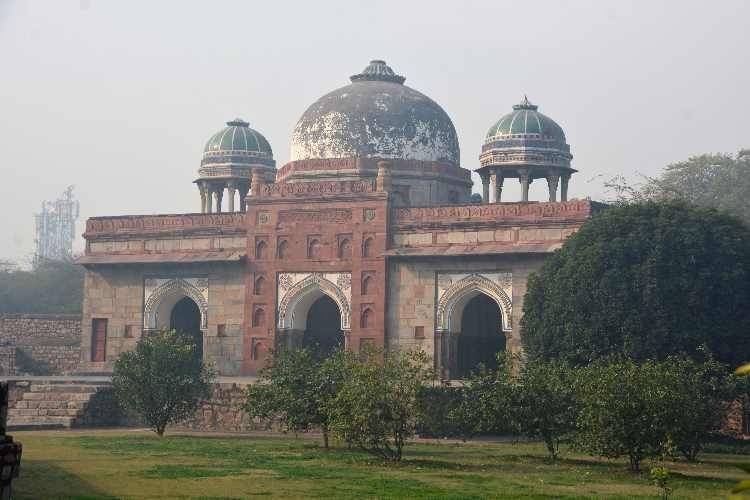 It was then off to a carpet demonstration about Kashmir carpets - a skill the will vanish within the next 20 years as non of the younger generation is interested in keeping up the centuries old, labor intensive skill. 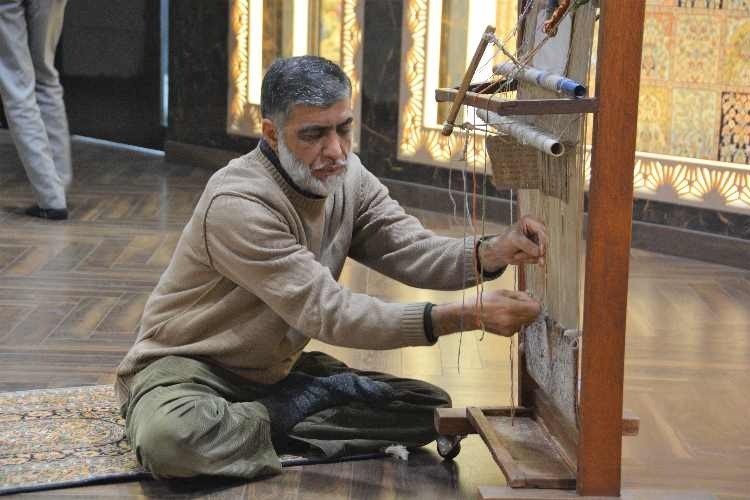 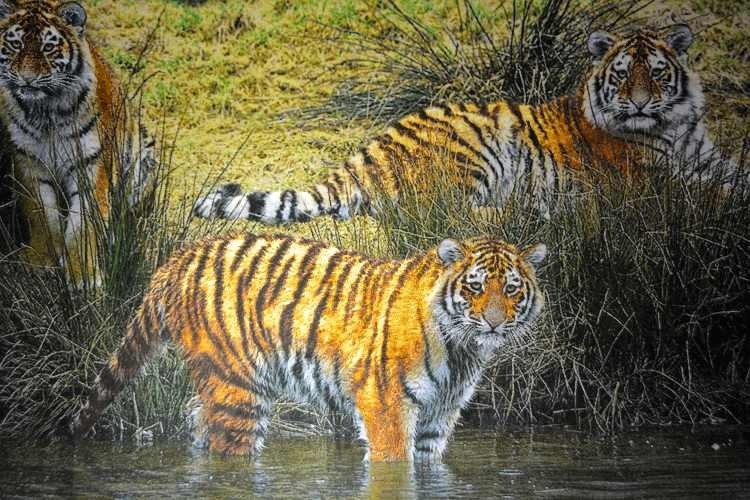 We then visited the Gurudwara Bangla Shahib, Delhi's largest Sikh house of worship and kitchen. They feed at no charge continuously from midday to midnight anyone who enters regardless of faith or prominence. It is one of the most prominent Sikh gurdwara, or Sikh house of worship, in Delhi, India and known for its association with the eighth Sikh Guru, Guru Har Krishan, as well as the pool inside its complex, known as the "Sarovar." It was first built as a small shrine by Sikh General Sardar Bhagel Singh Dhaliwal in 1783, who supervised the construction of nine Sikh shrines in Delhi in the same year, during the reign of Mughal Emperor, Shah Alam II. 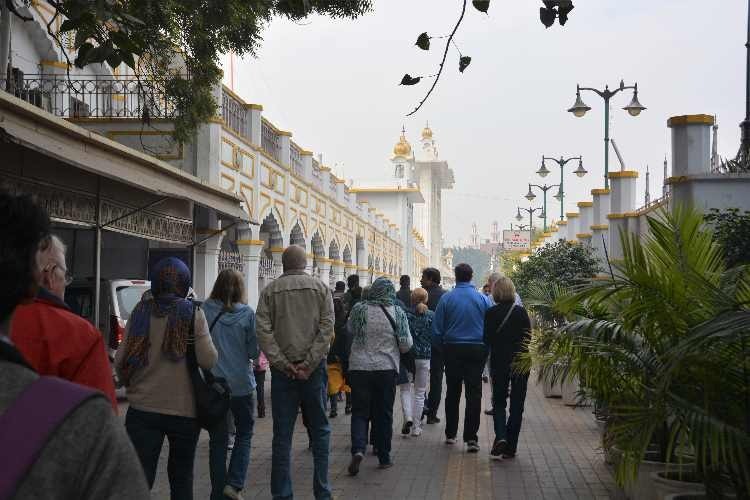 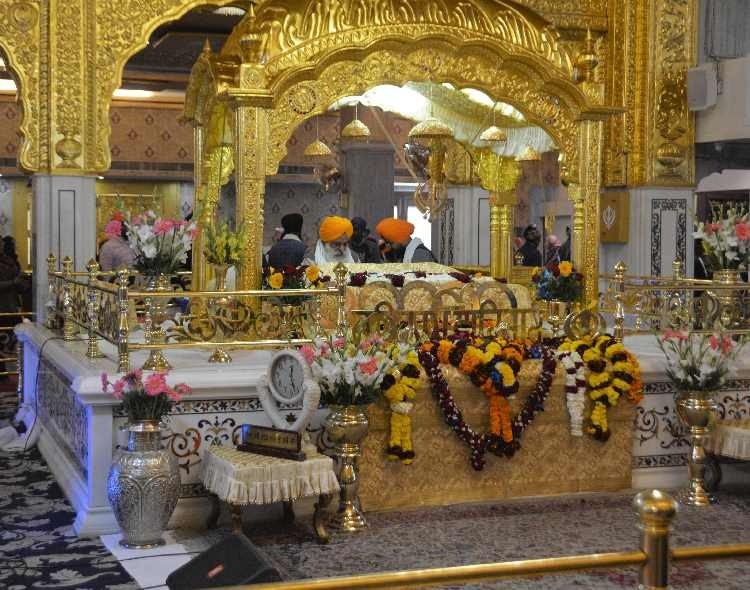 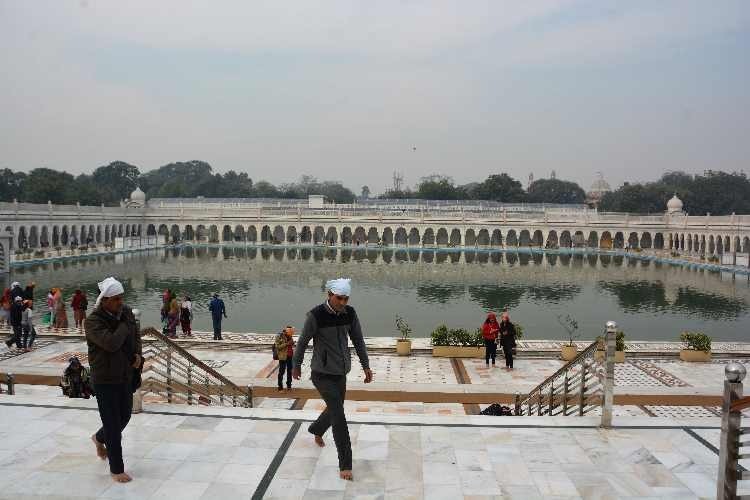 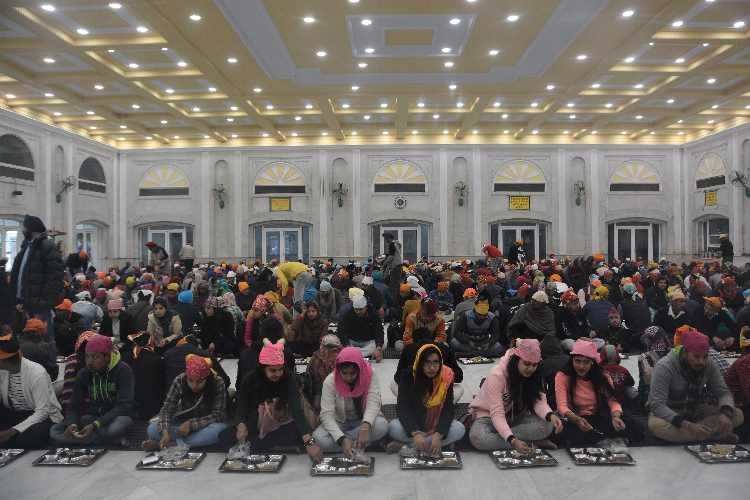 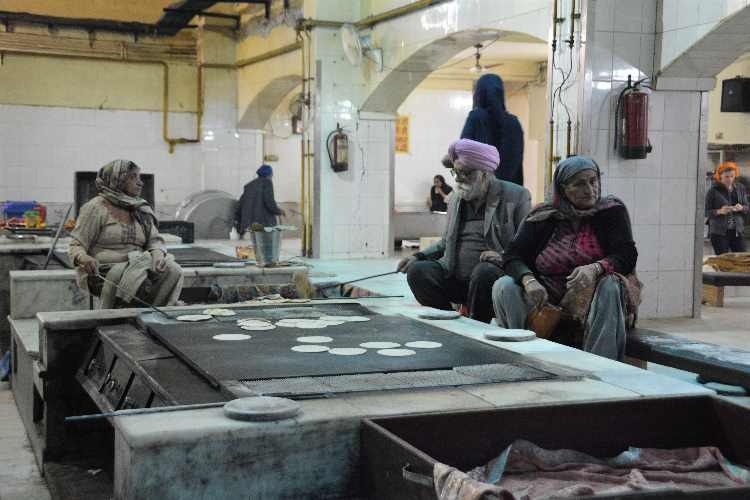 After a wonderful Indian lunch, we left Delhi and made the 4 hour drive to Agra where we will visit the Taj and several other attractions. 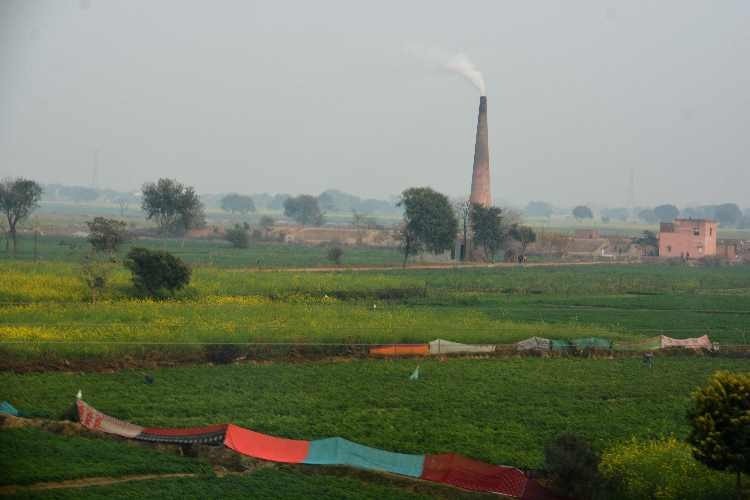 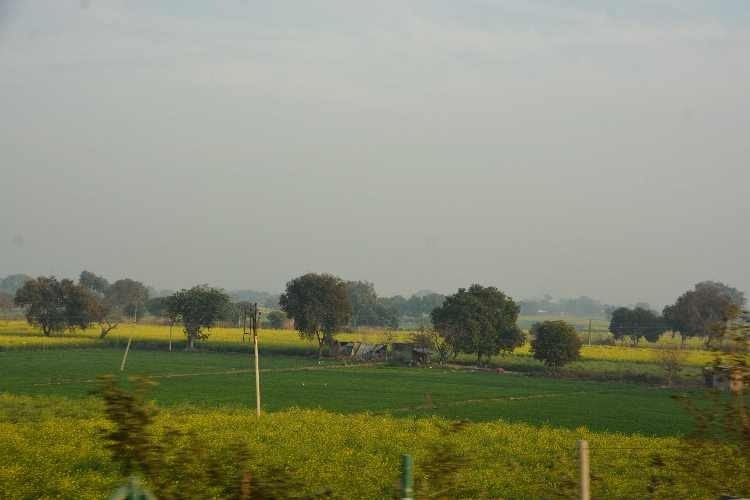