This morning we did our third total and second 0700 safari in search of the tiger. This is what you do bounce around on a safari vehicle and stare at the countryside, which today was wonderful. Sightings are actually pretty rare. We encountered one of the trackers the government employs and he had seem some prints, but no tigers. However we did manage to see a Sloth Bear. The sloth bear (Melursus ursinus) is an insectivorous bear species native to the Indian subcontinent. It is listed as Vulnerable on the IUCN Red List, mainly because of habitat loss and degradation. It has also been called labiated bear because of its long lower lip and palate used for sucking insects. Compared to brown and black bears, the sloth bear is lankier, has a long, shaggy fur and a mane around the face, and long, sickle-shaped claws. It evolved from the ancestral brown bear during the Pleistocene and through convergent evolution shares features found in insect-eating mammals. All in all between the leopard and the bear, we saw two animals that are sighted far less frequently than tigers. 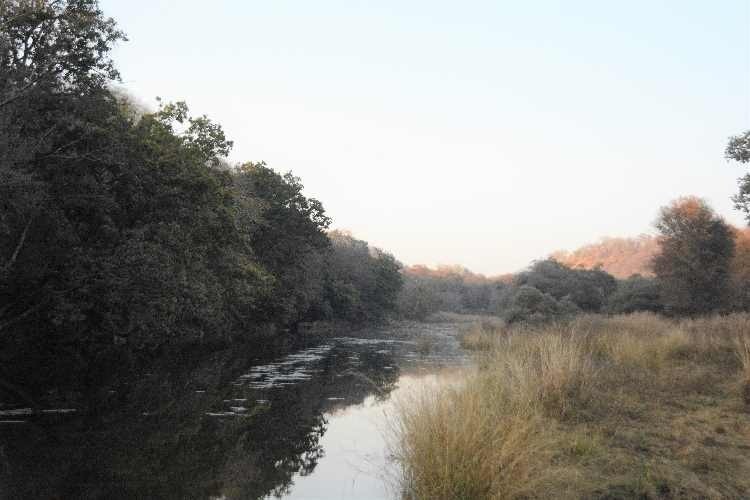 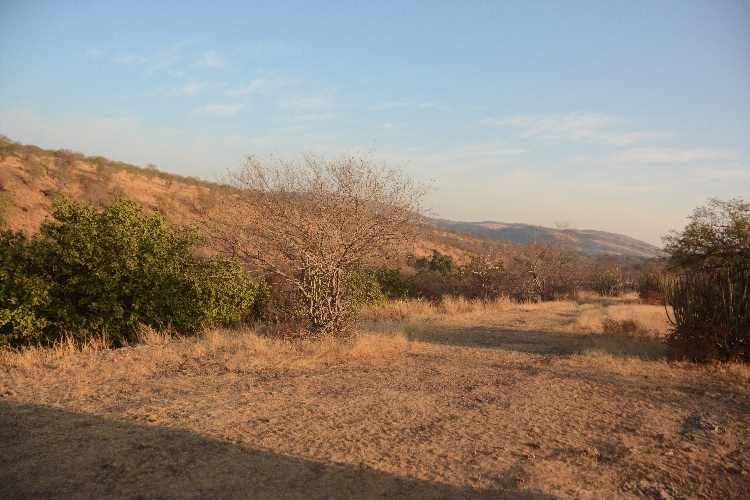 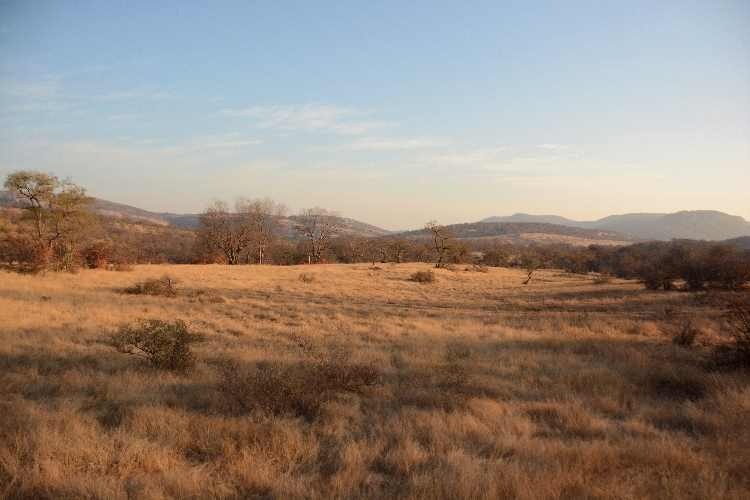 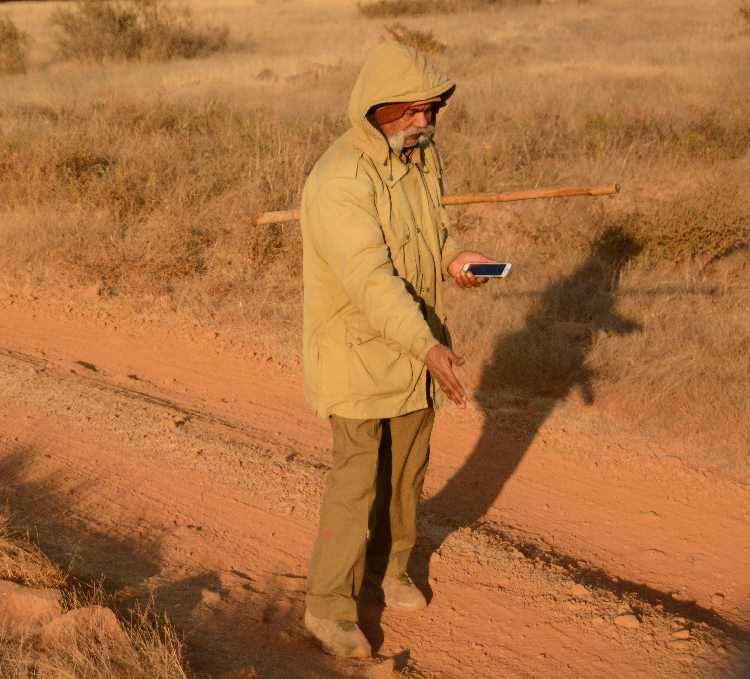 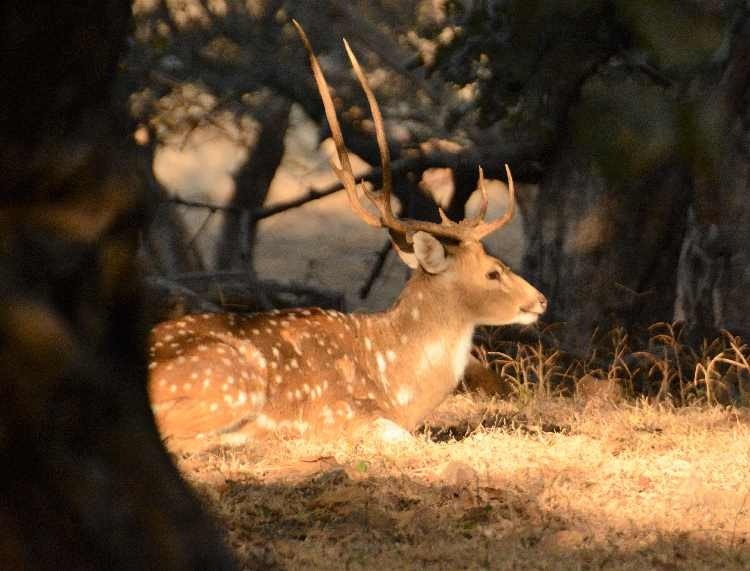 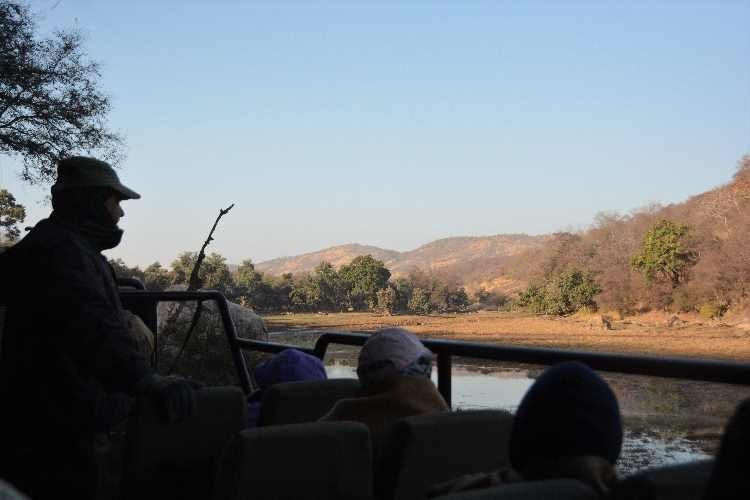 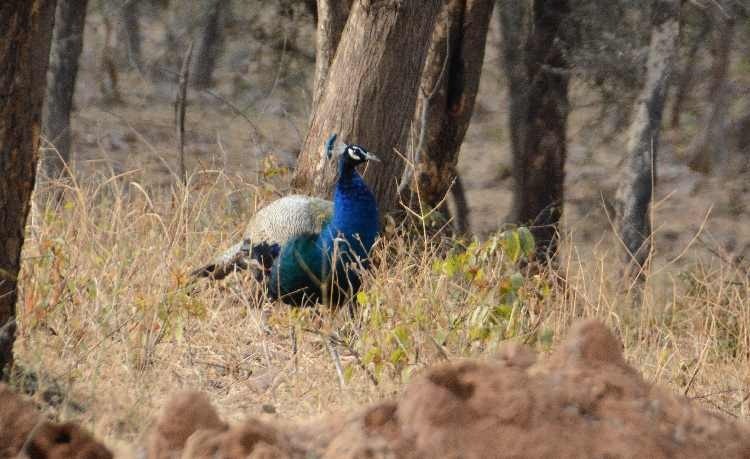 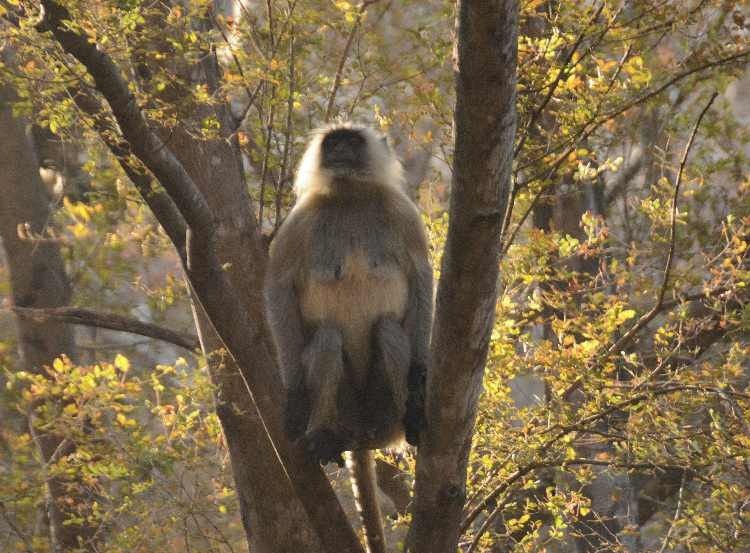 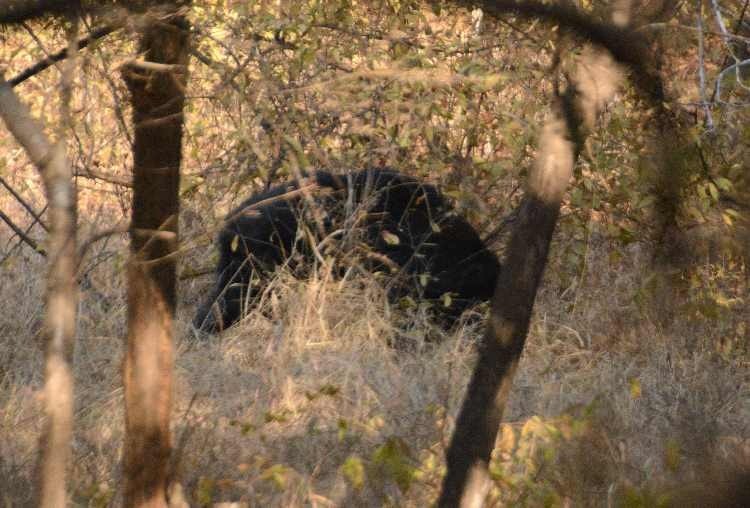 After a breakfast and a shower, we left for Jaipur, about 4 hours away, and arrived at the hotel at about 1600. It is along side the lake, and Globus booked us into lake side rooms, which have a small balcony.

This evening we went inside the Pink City for dinner at a Noble family's house, who host lunches and dinners to help maintain the residence. The family has owned the house since the 1700's. We also had a quick demonstration of Turban and Sari tying. It was a wonderful evening. 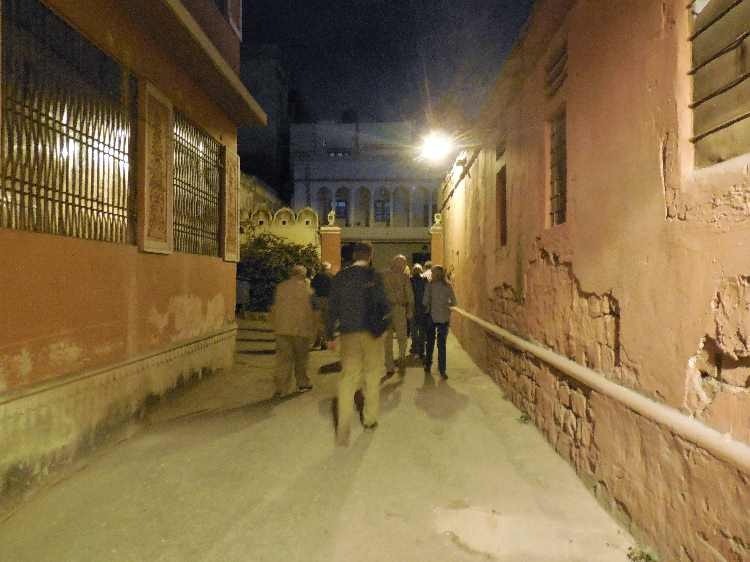 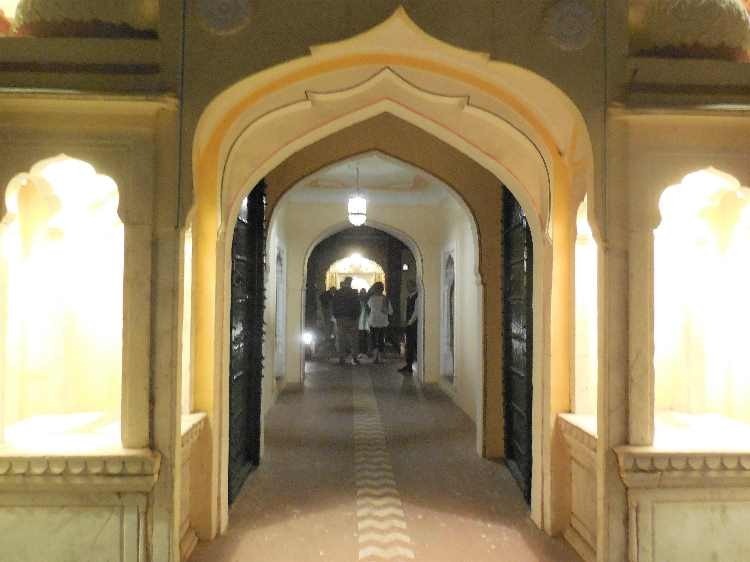 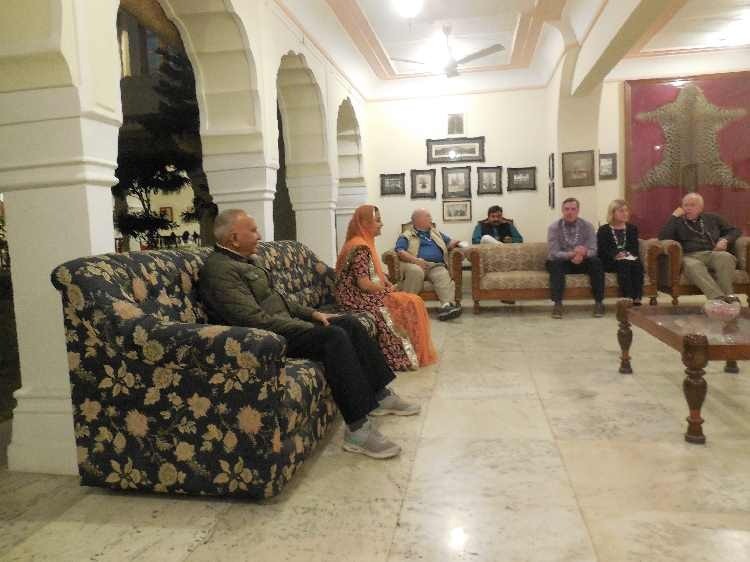 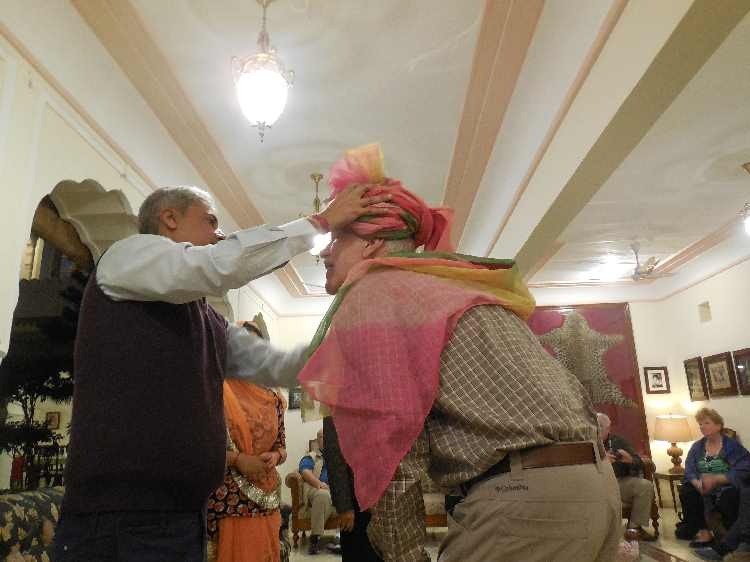 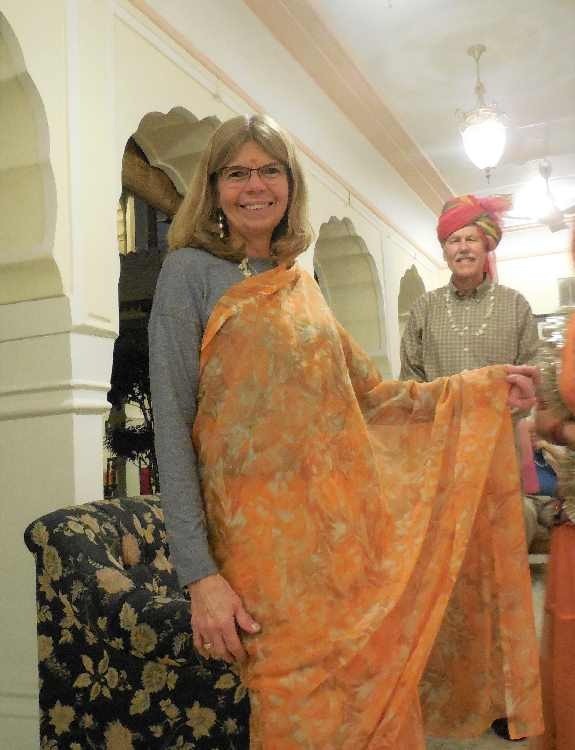 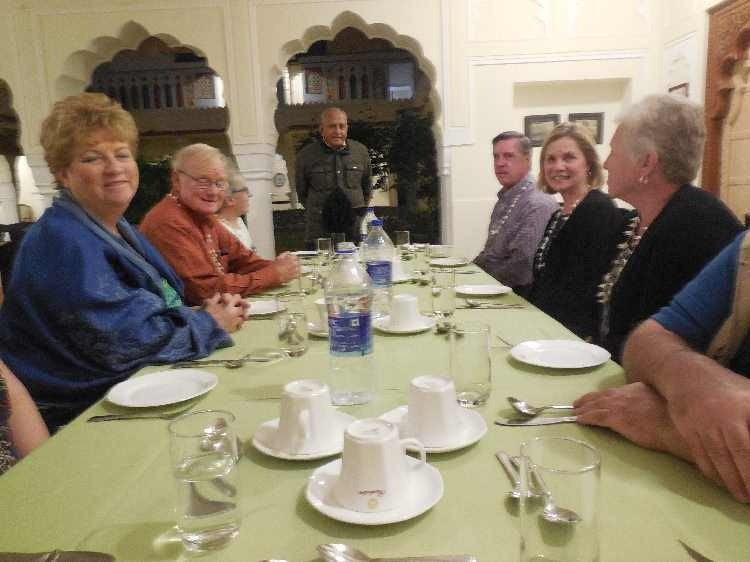 Posted by rpickett 04:06 Archived in India Tagged and jaipur ranthambore