I have traveled to all seven continents, more than 60 countries and all 50 states, but I am continually amazed by the beauty of most parts of the USA. After a 560 mile drive from Nampa , Idaho to Moab, Utah, we entered the Arches National Park just after 9:00am this morning. Just like Disney, we went all the way to the back of the park (North) and worked our way out. Most people stop at the first turnoff in the park and work their way in. As proven today, the crowds are less when you work your way out. October is my favorite time to travel - the crowds are smaller but, according to our hotel staff, there is no real off season here - just times when there are less people.

More than 2,000 natural sandstone arches are located in the park, including the well-known Delicate Arch, as well as a variety of unique geological resources and formations. The park contains the highest density of natural arches in the world. The park consists of 76,679 acres (119.811 sq mi; 31,031 ha; 310.31 km2) of high desert located on the Colorado Plateau. The highest elevation in the park is 5,653 feet (1,723 m) at Elephant Butte, and the lowest elevation is 4,085 feet (1,245 m) at the visitor center. The park receives an average of less than 10 inches (250 mm) of rain annually. Administered by the National Park Service, the area was originally named a national monument on April 12, 1929, and was re-designated as a national park on November 12, 1971. The park received more than 1.6 million visitors in 2018. 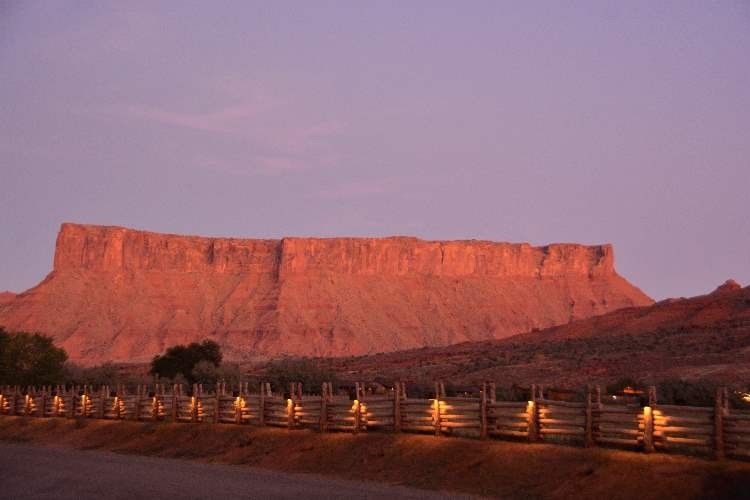 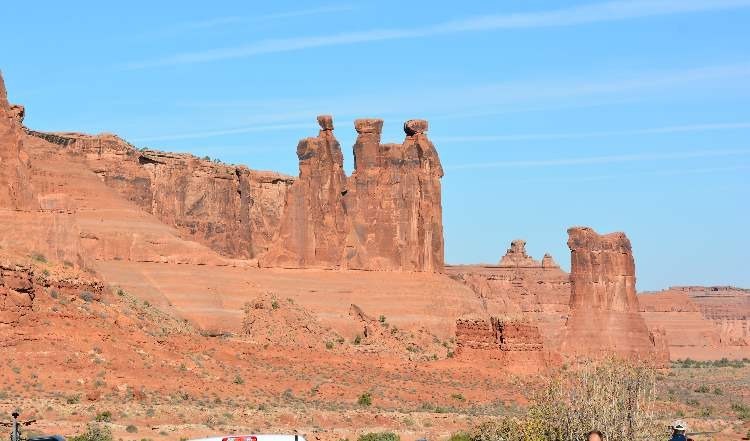 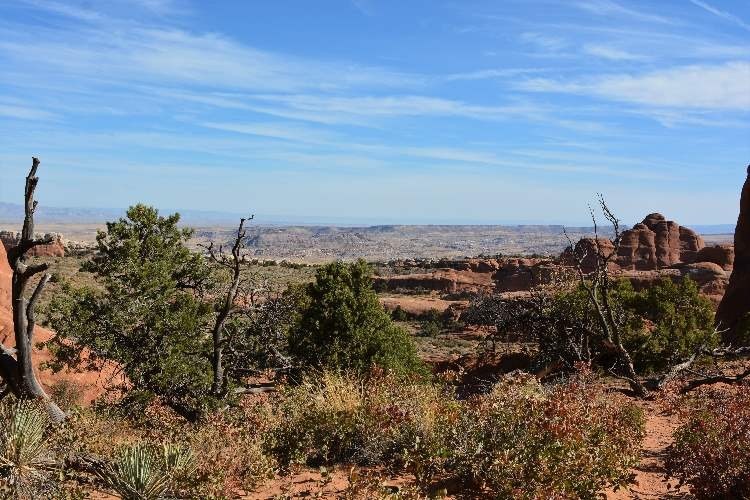 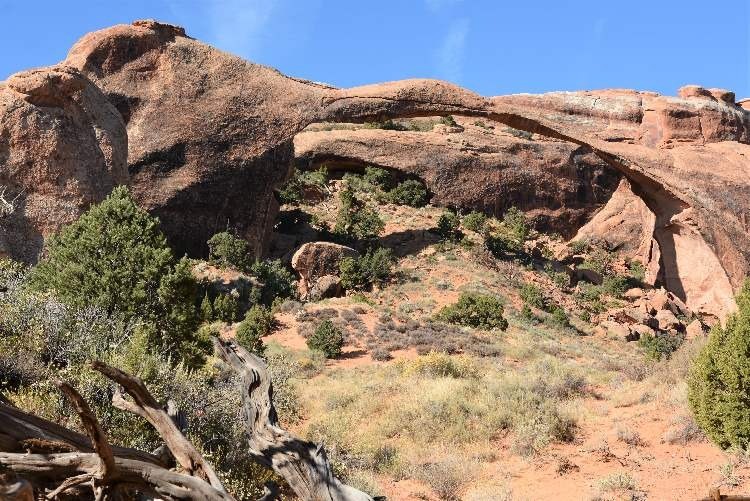 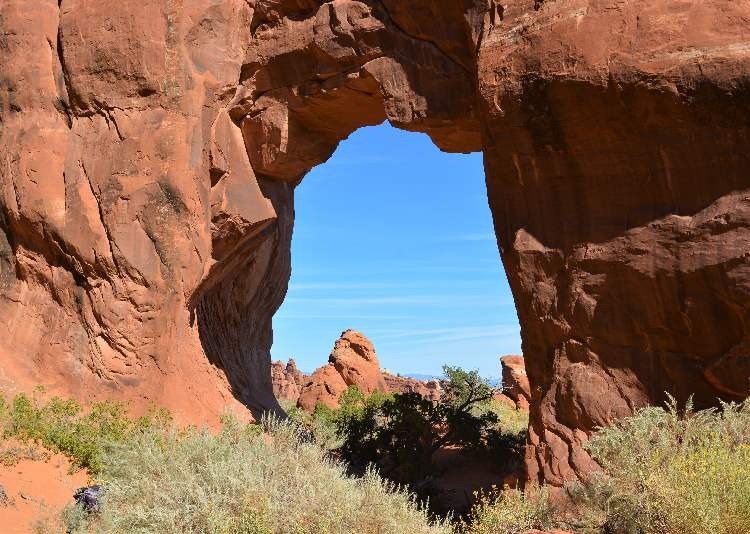 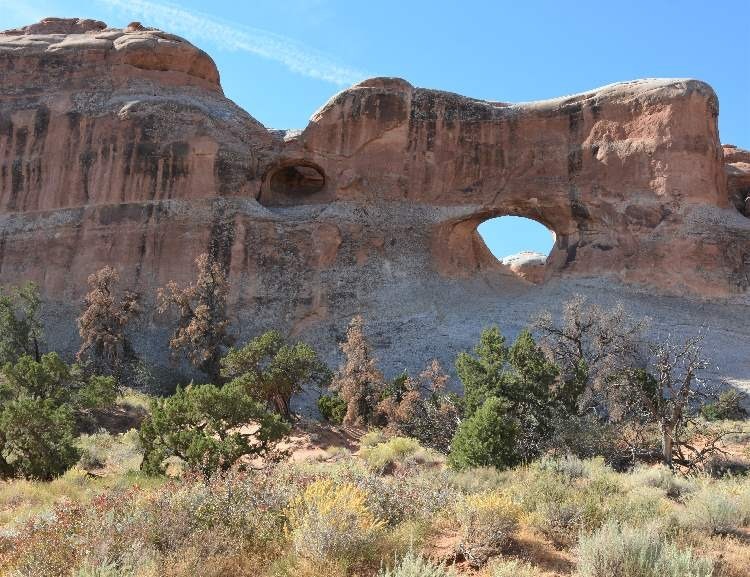 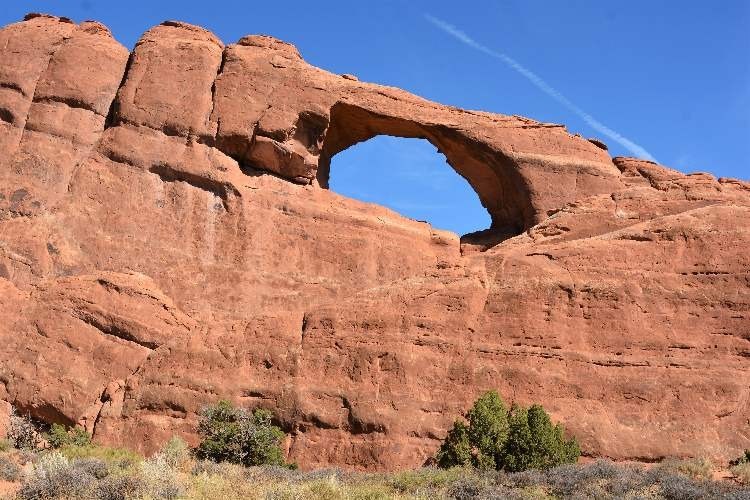 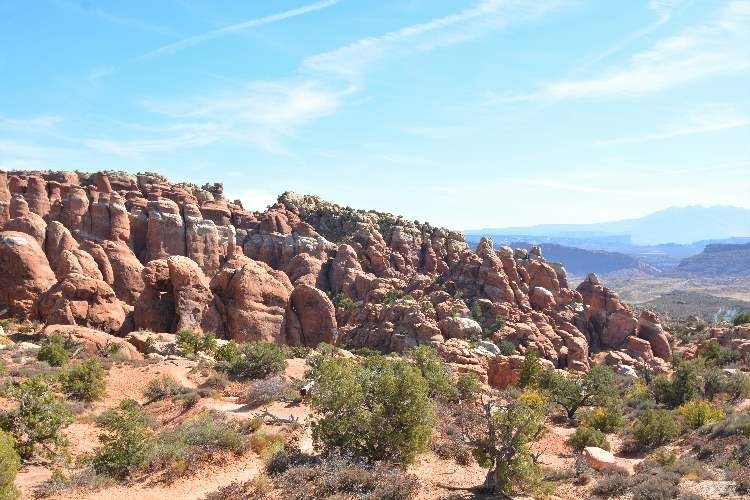 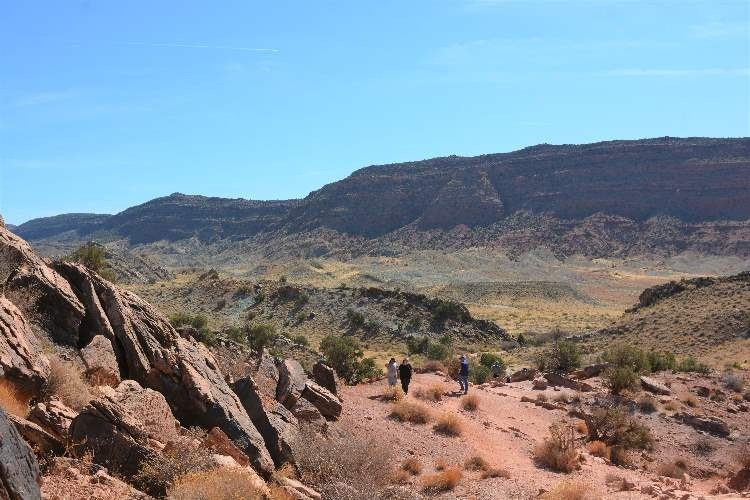 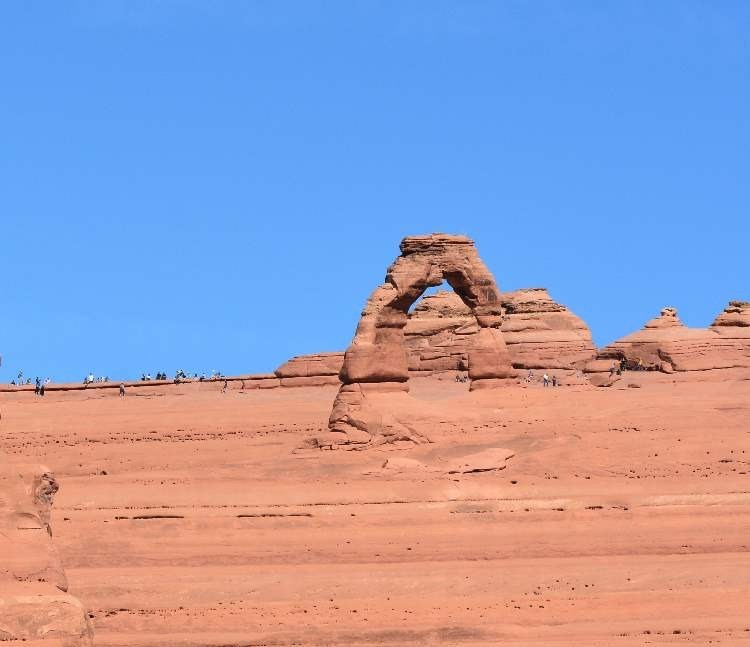 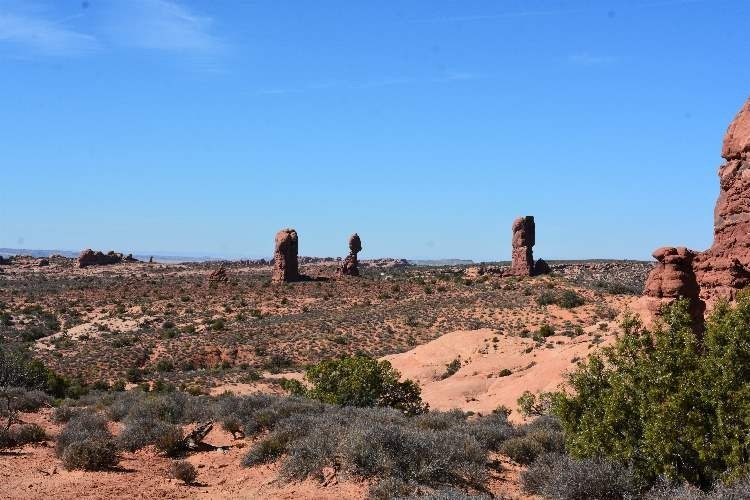 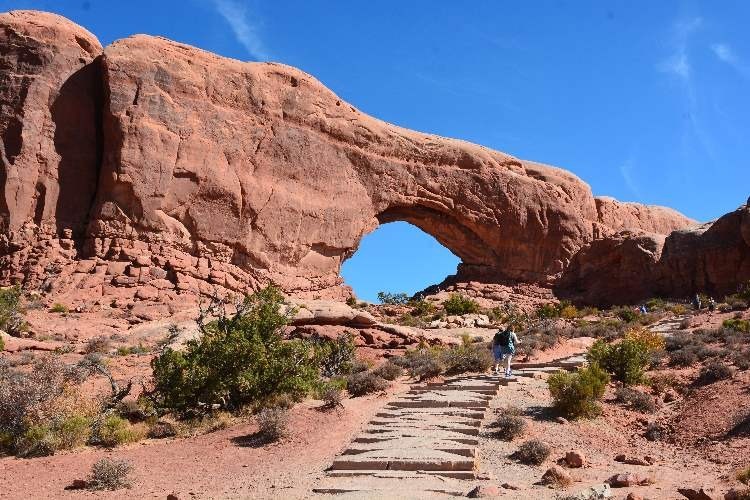 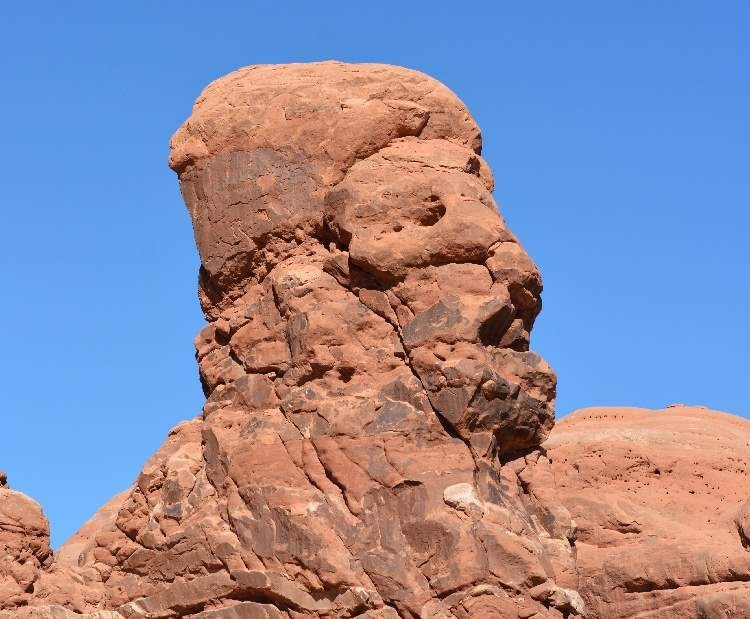 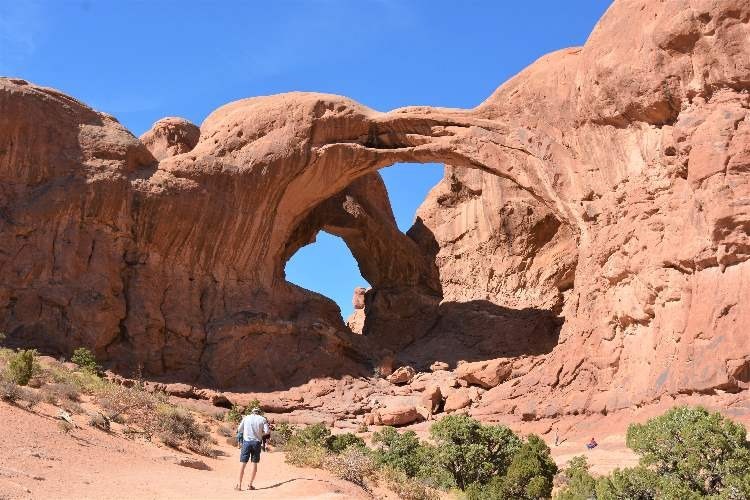 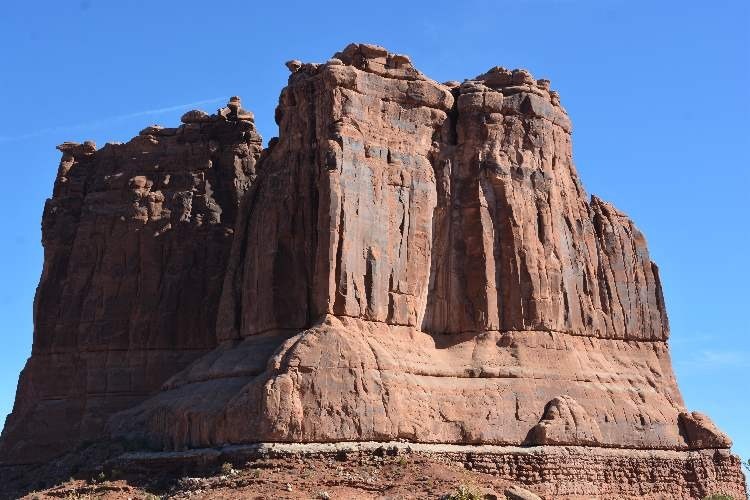