Today we took the ranch roads through the high mesa ranch land to Bryce Canyon. It was 28 Degrees F as we traveled past the summit and there was a dusting of snow until we descended into a valley.

We arrived at Bryce about 11:15 and decided to find a parking spot at Sunset Overview (somewhat of a challenge even in the off season) and hike the Navajo Loop, perhaps the most famous hike in the park, but well worth it. As a benchmark, we were at 8000 feet and the temperature was only 39 with a vigorous wind!

The major feature of the park is Bryce Canyon, which despite its name, is not a canyon, but a collection of giant natural amphitheaters along the eastern side of the Paunsaugunt Plateau. Bryce is distinctive due to geological structures called hoodoos, formed by frost weathering and stream erosion of the river and lake bed sedimentary rocks. The red, orange, and white colors of the rocks provide spectacular views for park visitors. Bryce Canyon National Park is much smaller, and sits at a much higher elevation than nearby Zion National Park. The rim at Bryce varies from 8,000 to 9,000 feet (2,400 to 2,700 m). The Bryce Canyon area was settled by Mormon pioneers in the 1850s and was named after Ebenezer Bryce, who homesteaded in the area in 1874. The area around Bryce Canyon was originally designated as a national monument by President Warren G. Harding in 1923 and was re-designated as a national park by Congress in 1928. The park covers 35,835 acres.

For me, this park is more impressive than the Grand Canyon, but they are both off the geologic and photographic scale! Pictures do not do justice. 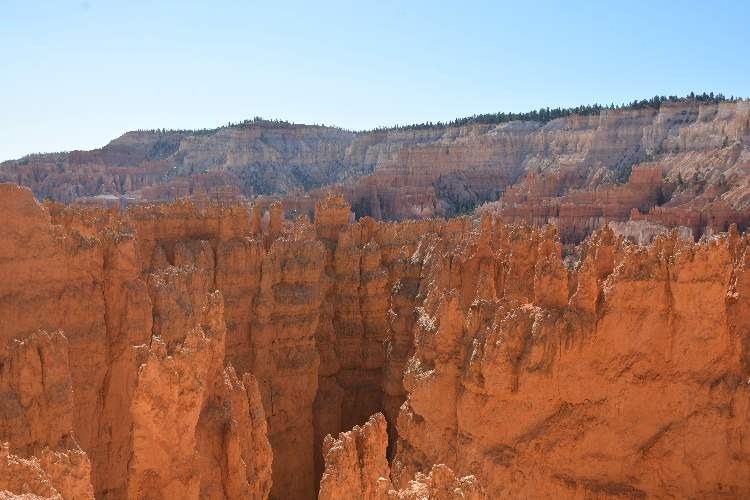 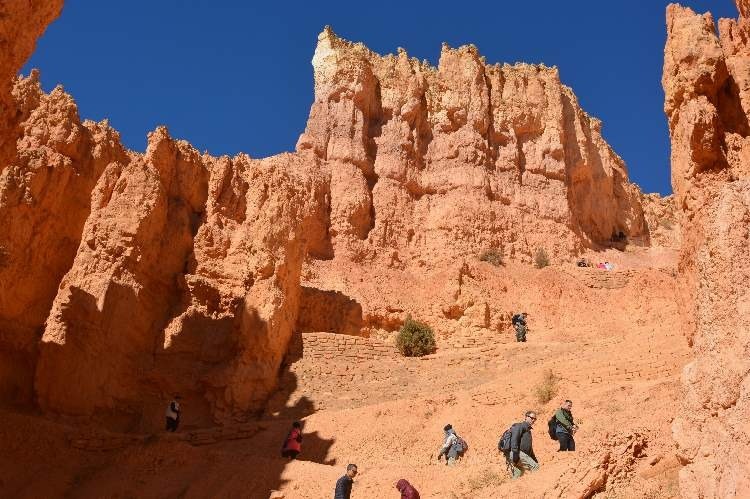 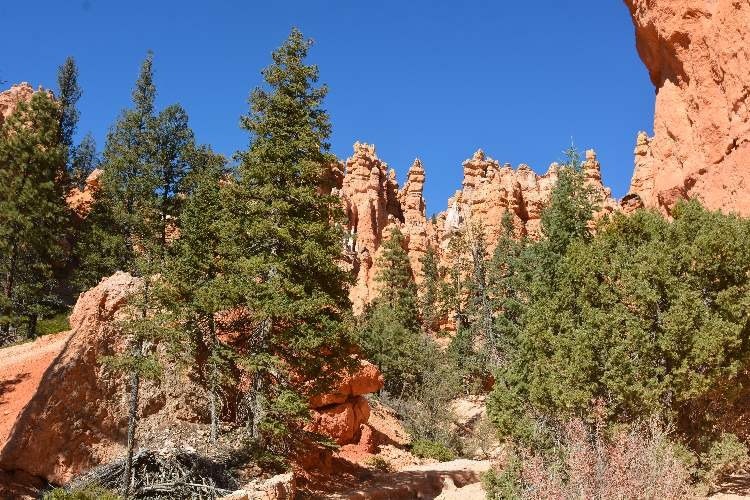 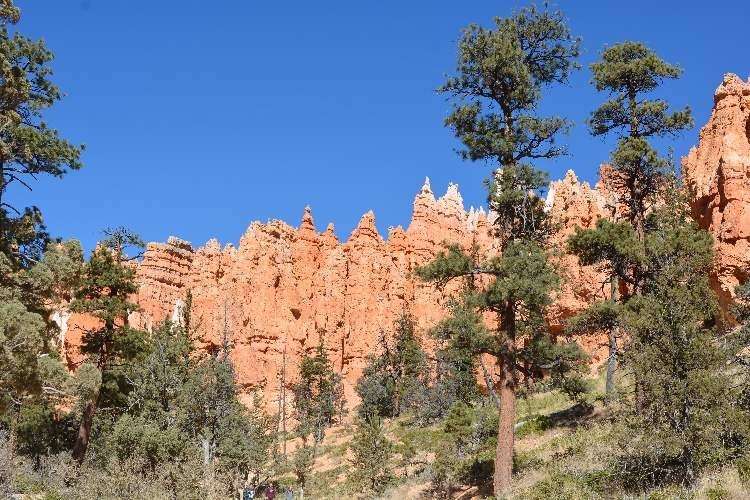 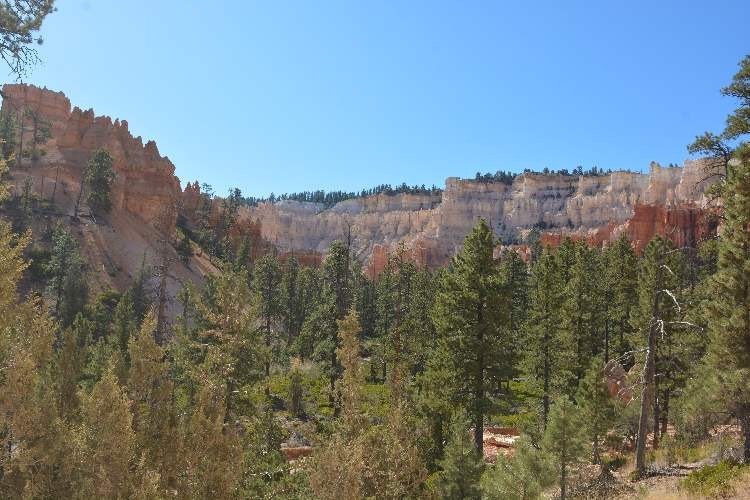 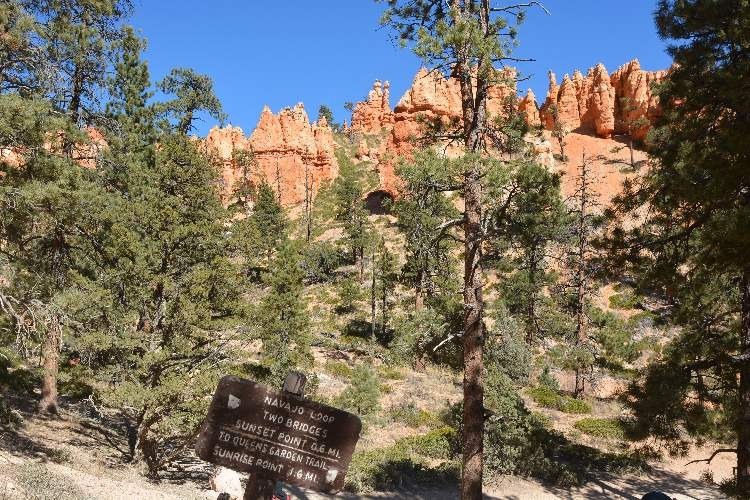 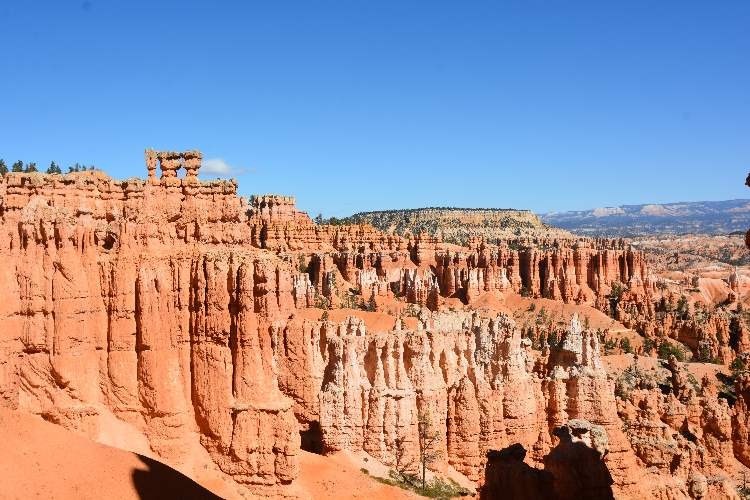 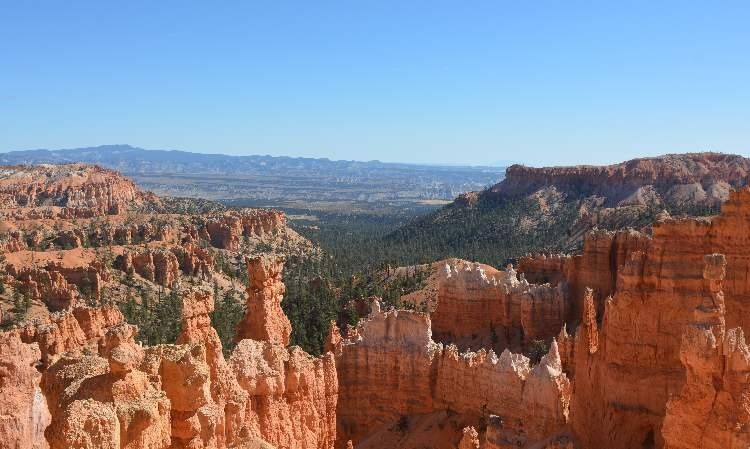 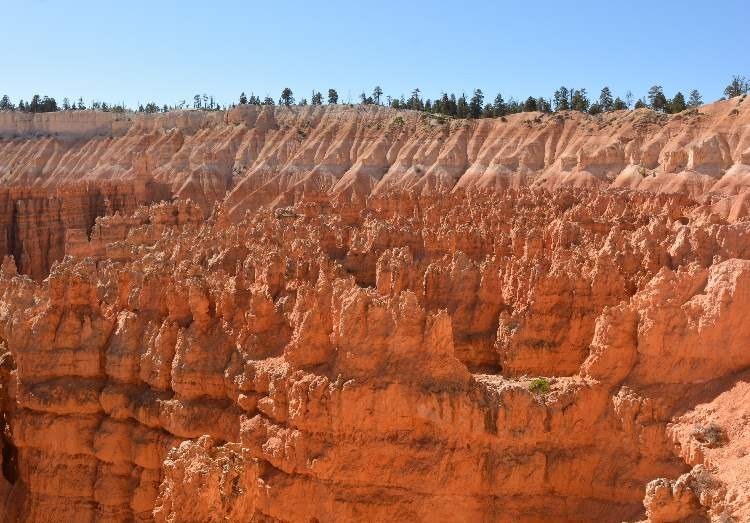 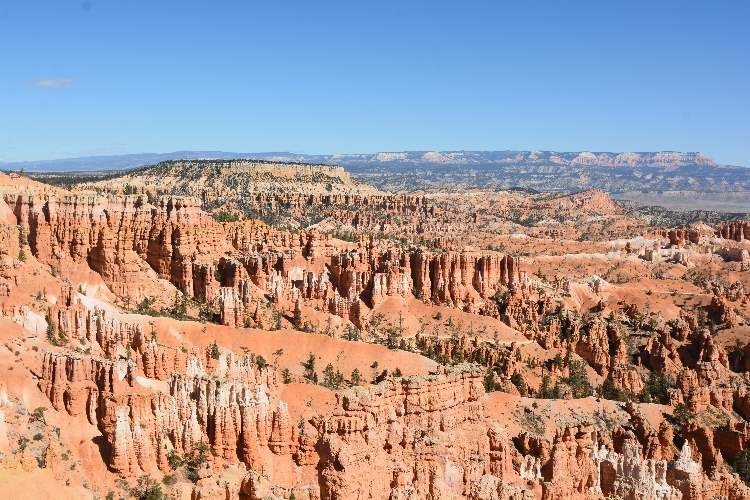 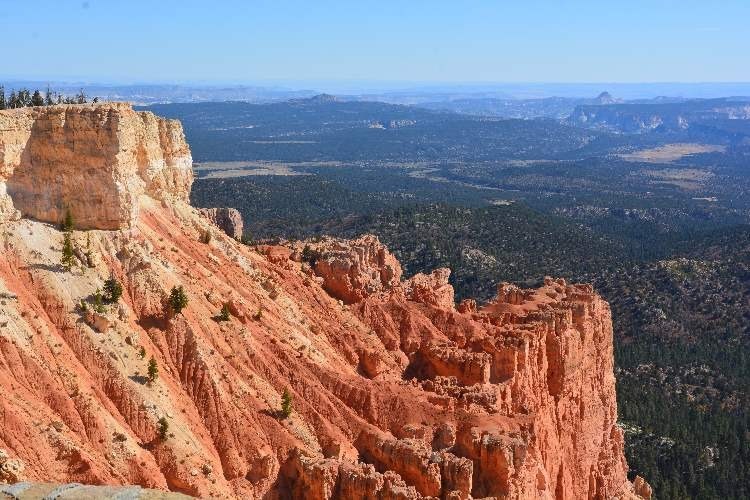 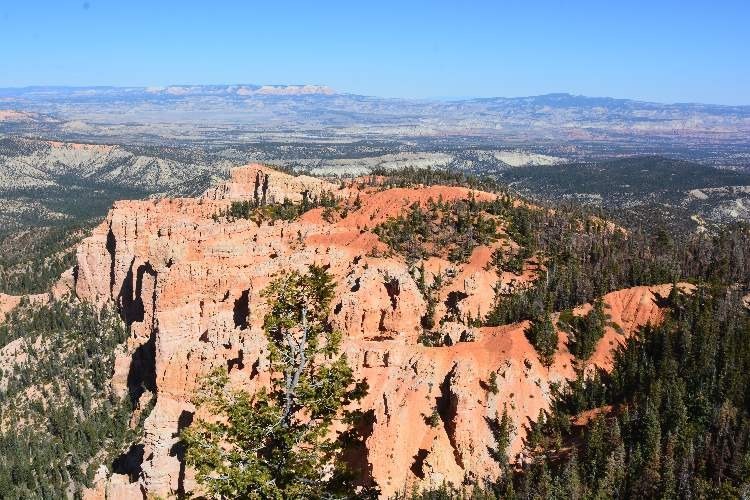 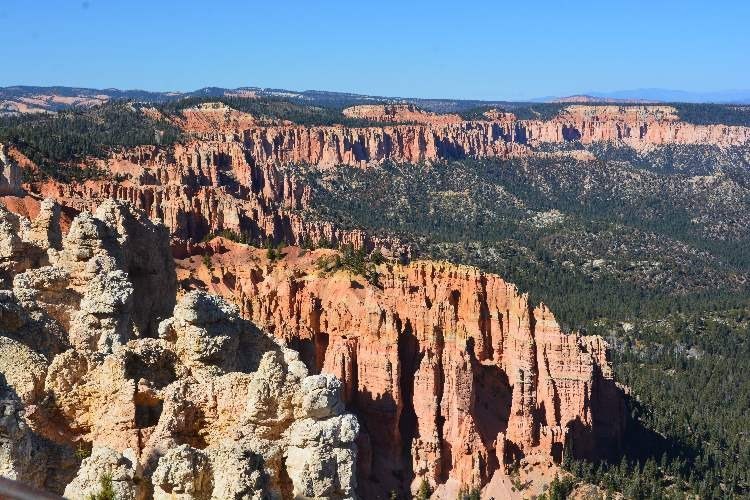 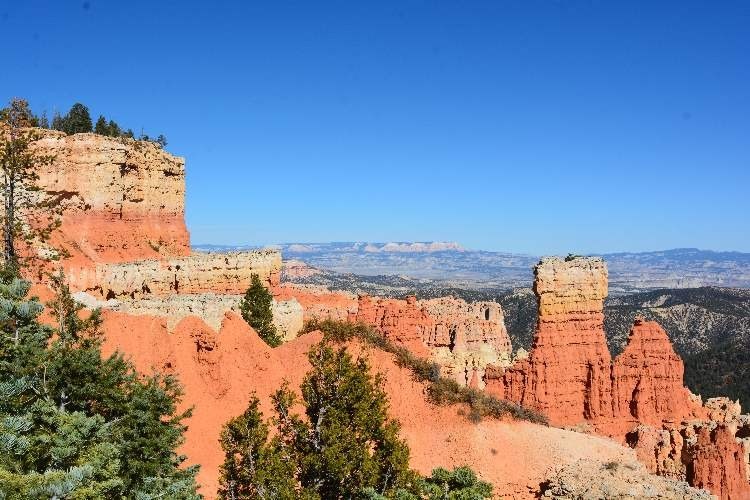 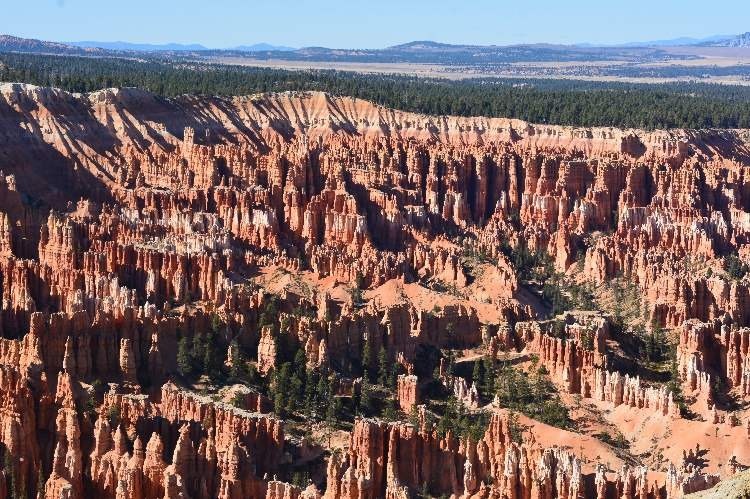