We left Budapest just after noon for the 28 hour transit to Vienna against a strong current. The highlight of the early evening was passing by Esztergom Basilica. It is the largest church and the tallest building in Hungary. Its inner area is 5,600 m². It is 118 m long and 49 m wide. It has a reverberation time of more than 9 seconds. Its dome, forming a semi-sphere, is situated in the middle, and it has 12 windows. It is 71.5 m high inside, with a diameter of 33.5 metres, and is 100 m high from outside, the stairs count 400 steps counted from the crypt. The altarpiece (13.5 × 6.6 metres, depicting the Assumption of the Blessed Virgin Mary, by Girolamo Michelangelo Grigoletti) is the largest painting in the world painted on a single piece of canvas. The basilica is also known for Bakócz Chapel (named after Tamás Bakócz), built by Italian masters between 1506–1507 out of red marble of Süttő, its walls adorned with Tuscan Renaissance motifs. It is the most precious remaining example of Renaissance art in Hungary. The huge crypt, built in Old Egyptian style in 1831, is today the resting place of late archbishops, among others, József Mindszenty, famous for his opposition to both Nazi and Communist rule. After dinner the guests decorated the Christmas tree. We finally arrived in Vienna at about 3:30pm after transiting the Vienna Locks, and took a modified walking tour through the old city of Vienna and the Maria Theresa Christmas market. the Gluhwien was excellent! 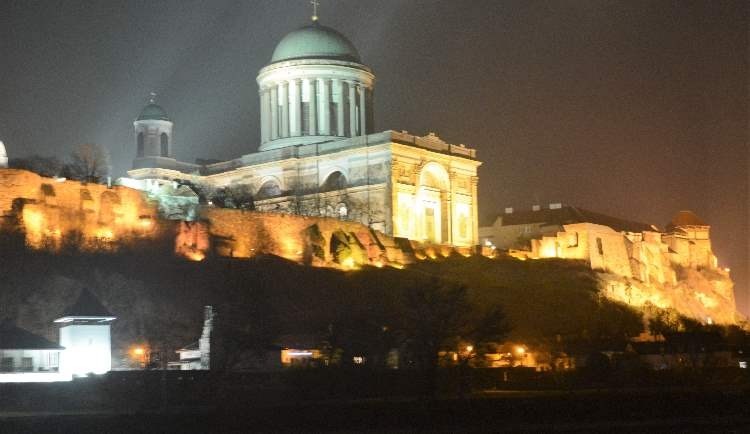 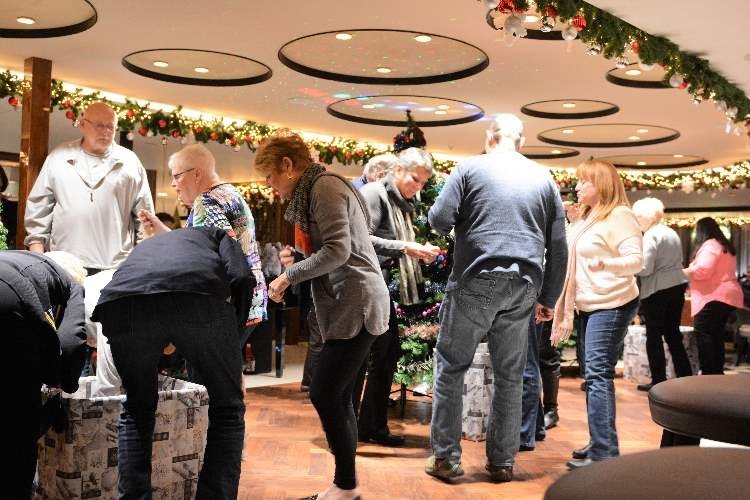 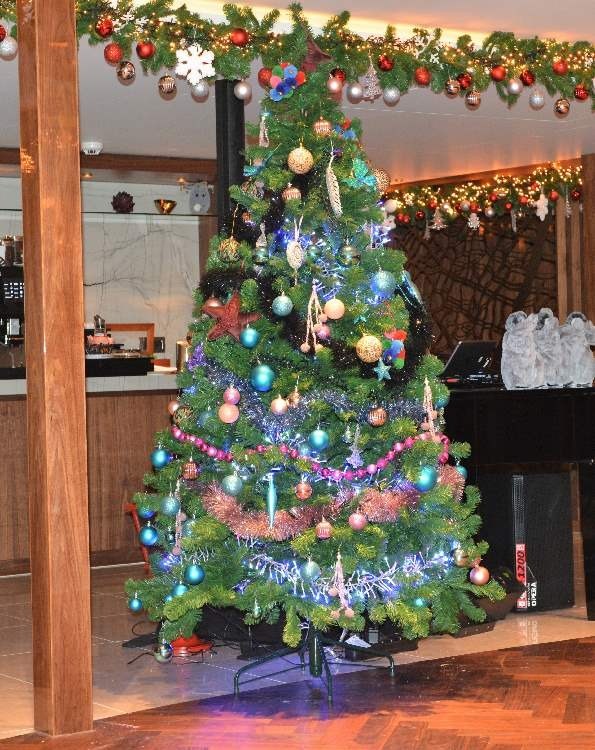 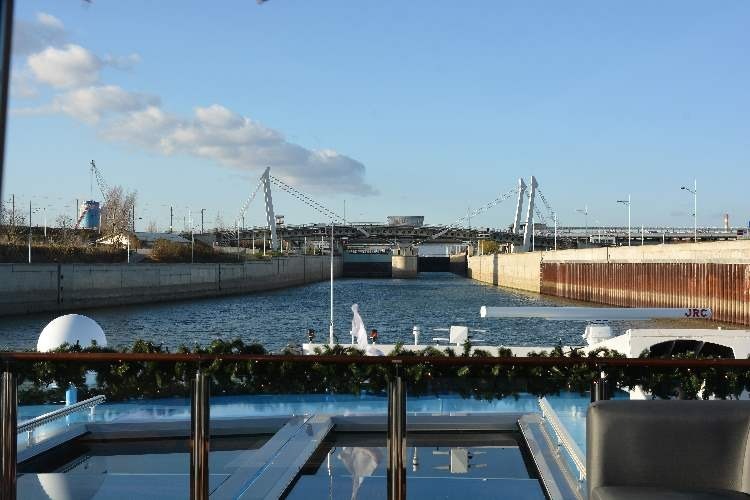 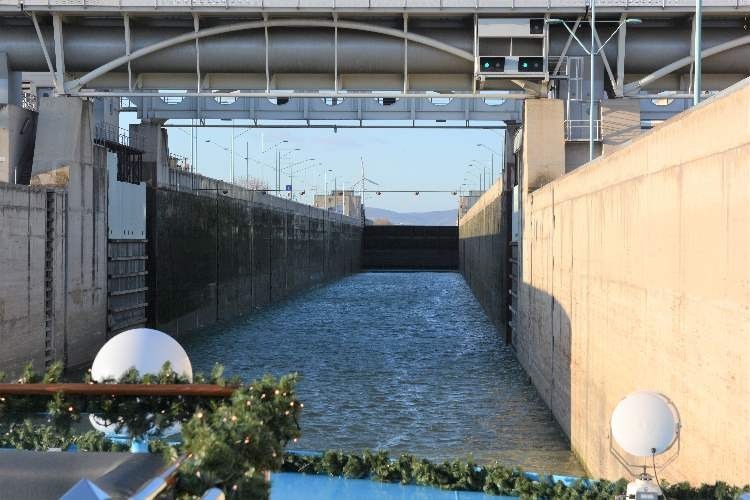 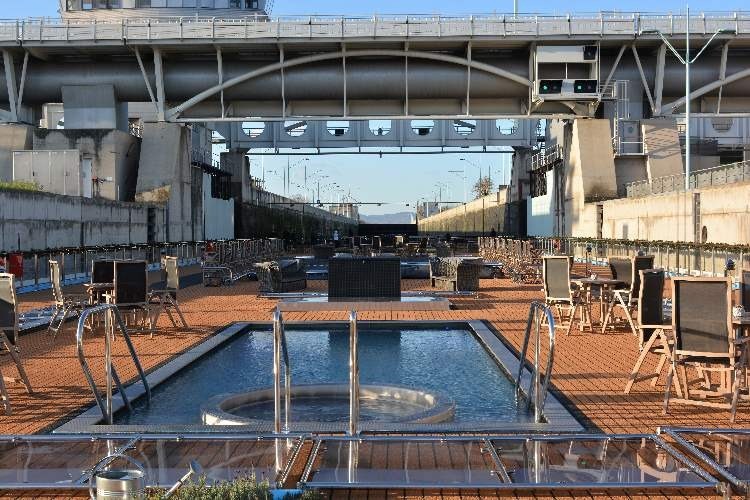 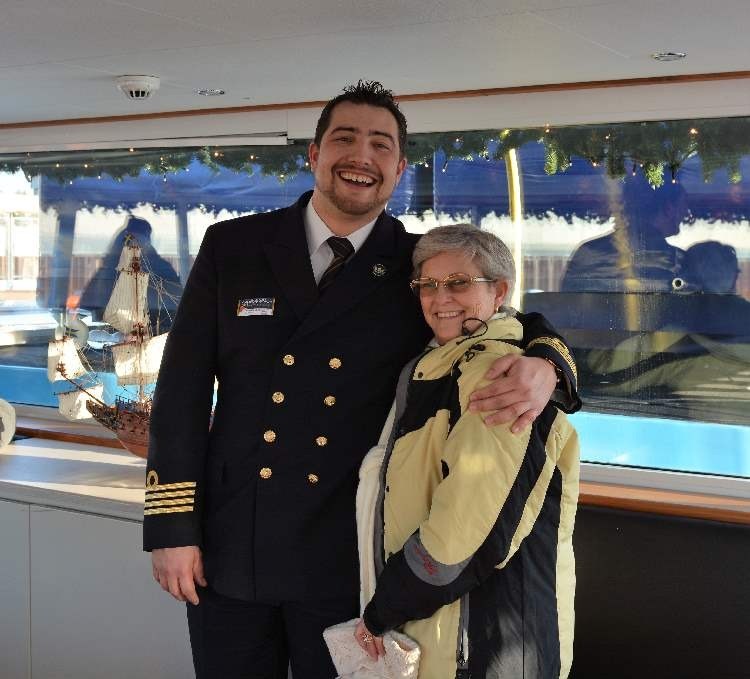 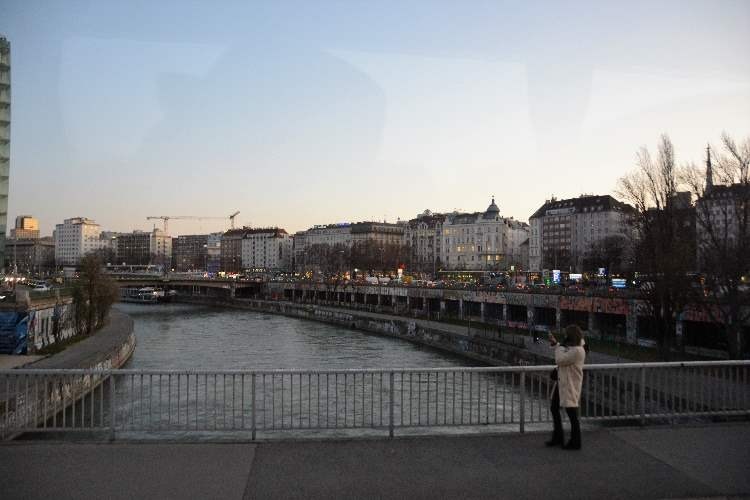 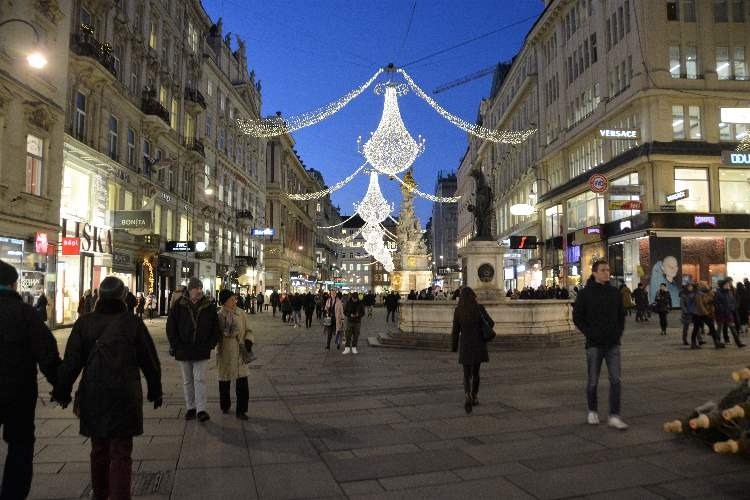 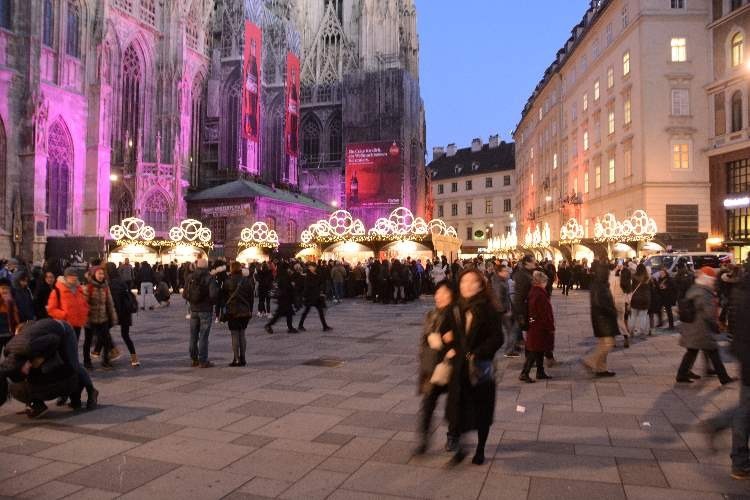 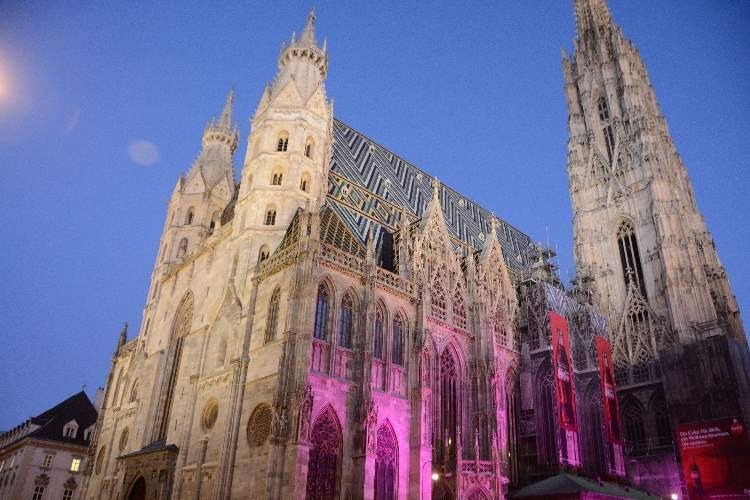 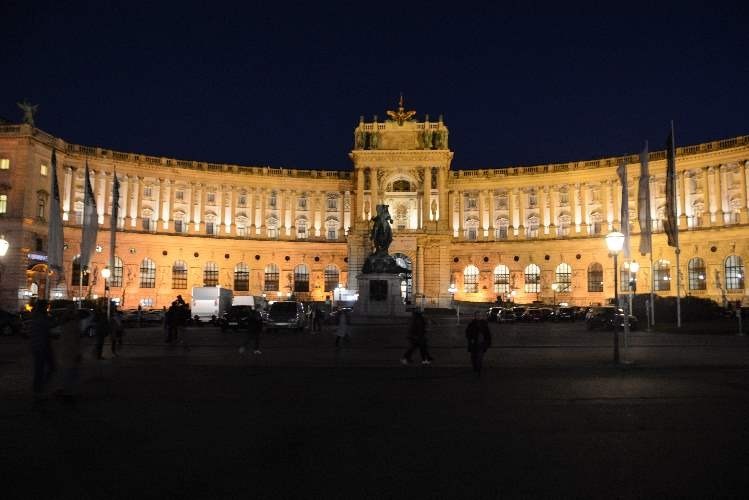 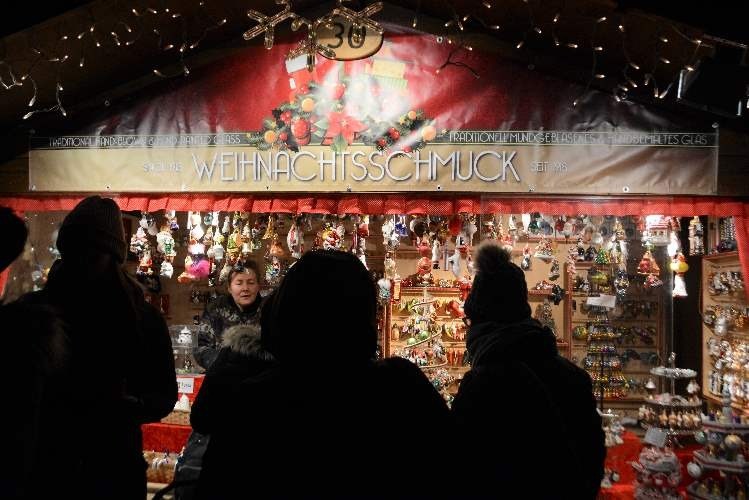