There was still a buzz of college football in the air the day after the game, as many of the game tours were still in town. We started out the day going to the 11:00am Mass at St. Mary's Haddington Road, which turned out to be the "official" Sunday mass of the event. A Notre Dame priest was the Celebrant and the Notre Dame student choir provided the music for the entire mass. Out Ambassador to Ireland was also in attendance and it was standing room only as the church was totally filled. It was and exciting event and a wonderful mass. The local parishioner were ecstatic to see so many people. 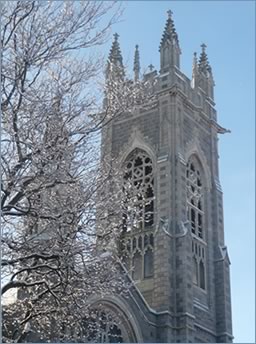 I was then off the the Guinness Storehouse to learn about the history of this famous stout - the largest selling brew in the world. Although you never actually see the current commercial process, a converted former part of the brewery shows in great detail the brewing process and the history of Guinness over time. There was a large crowd there and fairly long lines to get into the rooftop bar to view the city. We decided to pass on that if favor of seeing more of Dublin, however we did make the obligatory stop at the Guinness store. 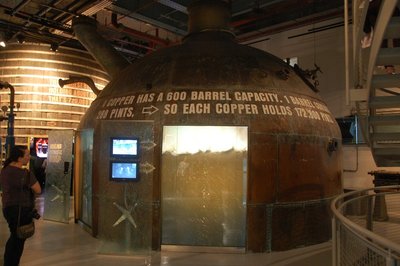 We then took a substantial hike to the Kilmainham Gaol to view the renovated jail where most of the political prisoners of the Irish Revolution were housed and were many of them were executed. Although built as a modern jail in the 19th century, it was a pretty solemn place given its history in the Irish Republic. 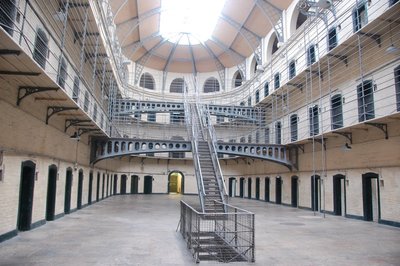 It was then back to the hotel for some brew, fish and chips.