It was a chamber of commerce day in Ireland today. Pleasantly cool and not a cloud in the sky. Our plan for today was the journey to the Benedictine Kylemore Abbey, about 1.5 hours northwest of Galway. You drive through some of the most beautiful and rugged terrain in Ireland, but also the most picturesque. On the way we passed the "Quite Man Bridge" made famous by the movie starring John Wayne. The Abbey itself was built as a private residence and then bought by the nuns. They used to have a boarding school there, but that closed in 2010 so it's now just the nuns who manage the trust. The site consists of the Abbey Building, the Gothic Chapel and the walled gardens which the nuns have started to restore to it's Victorian past. You couldn't have asked for a nicer day. 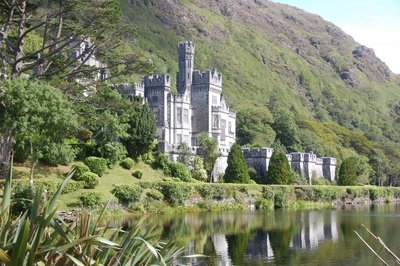 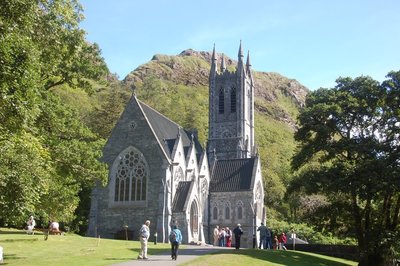 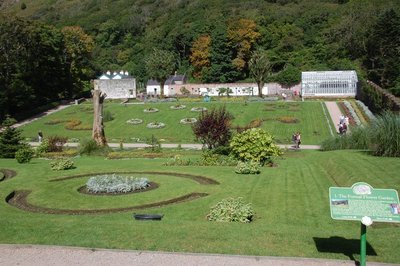 It was then back to Galway, but we took about a 10 km detour to see Killery Harbor - the only Fjord in Ireland. 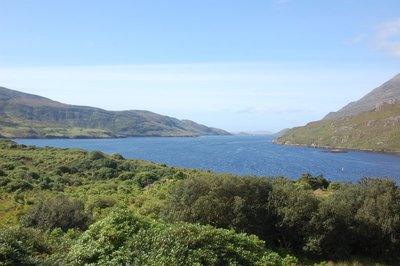 Tomorrow its off the Killarney with the Cliffs of Moher on the way.