Quito Ecuador - on the way to the Galapagos

We arrived in Quito at about 11:00pm - pretty typical for flights to this wonderful city. The airport is brand new - having only been open a few weeks, but you could hardly tell it. The baggage delivery and customs process was seamless and we were on our transfer to the JW Marriott in no time - well orchestrated by Celebrity Cruises. Our keys were waiting at the hotel as well as a warm face towel and a glass of Mango/Tomato juice - an interesting combination that was better than you would think. Quito is at 9300 feet above sea level - the second highest capital city in the world - and you could feel the effects coming off an airplane when you are somewhat dehydrated. I sucked down two waters from the time I got off the plane to the hotel - which is a little more than an hour away from the airport - the locals aren't that happy about it. We finally had relaxed enough by 2:00am to fall asleep.

Celebrity had breakfast and a tour arranged for a 9:30am start. We didn't feel like a forced march bus trip at that hour, so I had arranged a private tour of Quito for four of us this afternoon - which meant we had a leisurely breakfast and some down time - which is what I do in most cities. Our guide Vivian, arrived promptly and she was one of the best folks that I have ever had on a tour. Conscientious and thorough we wandered through the maize of streets in Quito, visiting several of the spectacular church museums - La Iglesia de la Compania de Jesus and the Catedral Primada de Quito.

Quito has a ton of charm and history - I hope to come back again some time - it's a wonderful city. We are off tonight, compliments of Celebrity, to one of the top Italian restaurants in Quito, located in a beautiful manor in the city. 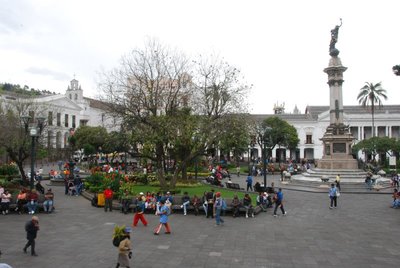 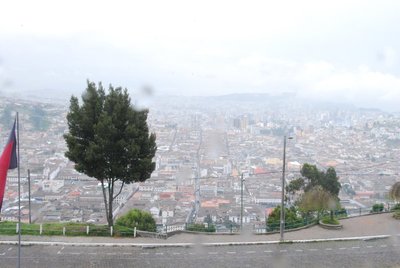 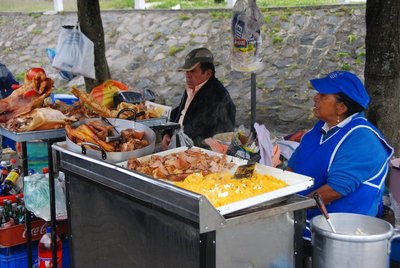 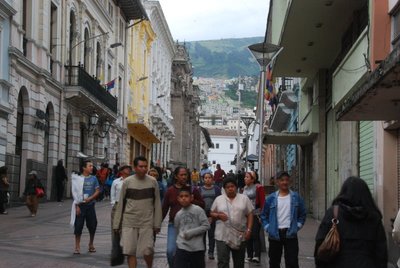 Posted by rpickett 14:19 Archived in Ecuador