We both had trouble sleeping last night, and I always maintain the second day is harder than the first. Our guide today, Theo, met us promptly on time at 08:30am and we headed out into the city. On the way into town, we picked up two Philippino gentlemen who were touring with us. We traveled through the more well to do parts of the city and stopped briefly at the compound where Nelson Mandela ruled from. It hasn't been used since he left office as the area was becoming too congested. We then drove by the house where Mr. Mandela is currently staying, having been moved there last week from the hospital so that he could die in his own bed. As you would expect, there was a collection of news services camped out on the side of the street, ready for the inevitable announcement that will be forthcoming. I could feel a sense of greatness around the compound, knowing that there was a human of such great achievement resting there.

We then toured the city a little more before stopping at Constitution Hill, the location of the Old Fort Jail, the women's jail and numerous jails that the black South African political protesters were incarcerated in in horribly overcrowded conditions up until the jail was closed in 1987. 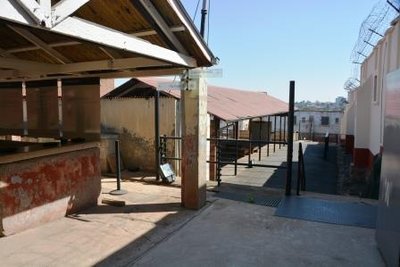 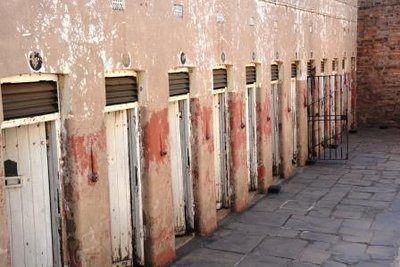 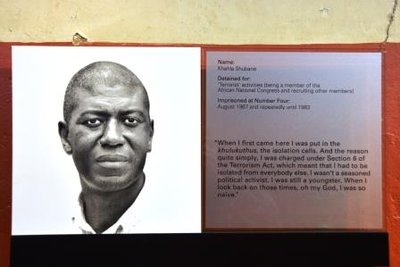 Constitution Hill also houses the Constitutional Court, the highest court in the land equivalent to the US Supreme Court. They sit for six month sessions. Their next case to be heard will be on Monday. 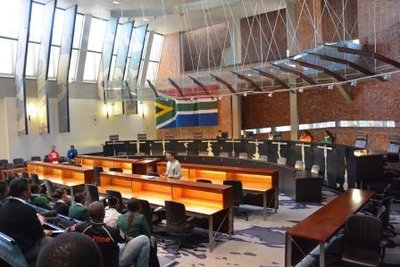 After seeing some of the hustle and bustle of the downtown area, where there were many small shops and street venders selling produce, clothing, and much more, we finished our tour with a stop at a mall housed in a 50 story building where we were able to view the local area from on high! 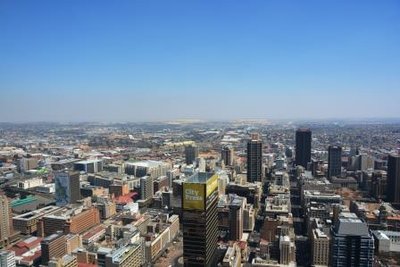 Back to the hotel, and after lunch, a well deserved nap. We are taking some comfort knowing that as I write this, late afternoon Johannesburg time, our group of traveling mates have just left JFK on their way here, arriving tomorrow morning at 8:15am (non-stop). We fly to Hoedspruit tomorrow at 10:15am to start our search for the 'big five' animals of the National Parks.