We were all about done with the beauty of the high altitude and were ready for our flight back to Lima and Sea Level. Our flight wasn't until early afternoon, so we meandered through the high plateau on the way to Juliaca. Our first stop was with a local family to get a taste of how the high country Andes natives live. They were very friendly and really enjoyed showing us their lifestyle and living conditions. You could see that they were proud of their Inca heritage. 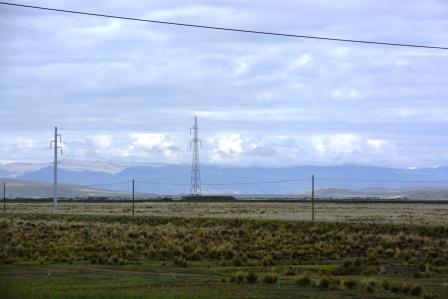 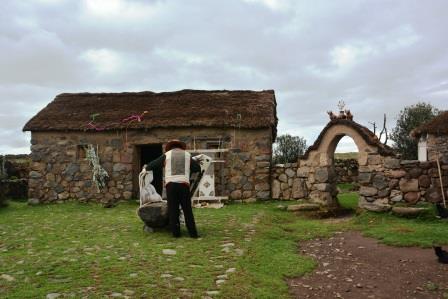 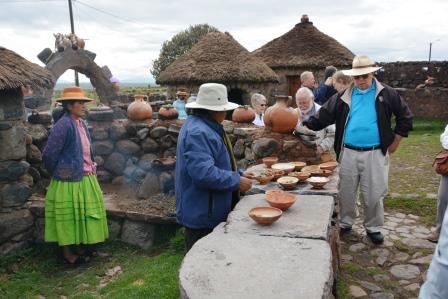 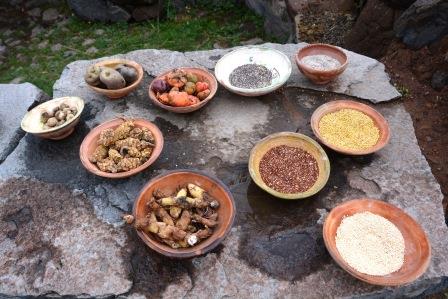 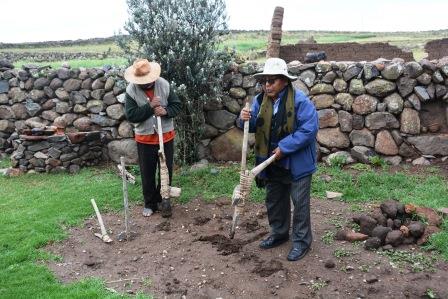 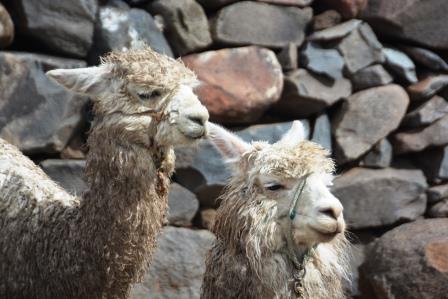 We reboarded our bus, and headed to the ruins of Sullustani (an elevation of 12,700ft) Sillustani is a pre-Incan burial ground on the shores of Lake Umayo near Puno. The tombs, which are built above ground in tower-like structures called chullpas, are the vestiges of the Colla people, Aymara who were conquered by the Inca in the 15th century. The structures housed the remains of complete family groups, although they were probably limited to nobility. Many of the tombs have been dynamited by grave robbers, while others were left unfinished. 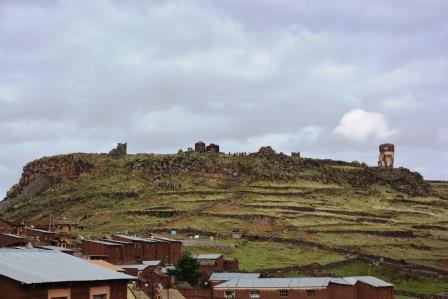 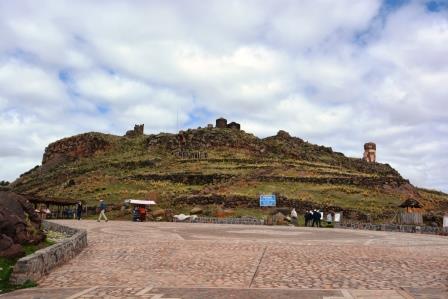 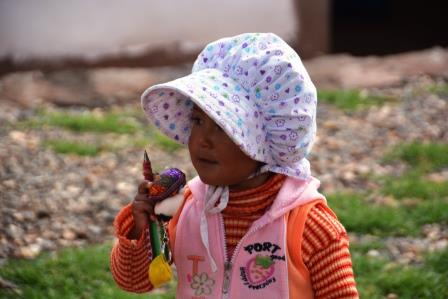 After an uneventful flight, we arrived at our hotel, and dinner and went to bed, relishing the "thick" air of sea level.

Our tour actually started today, and our Tour Guide Mauricio lead us on a complete city tour. Our first stop was a local Peruvian market where we could see some of the local fruits and veggies. 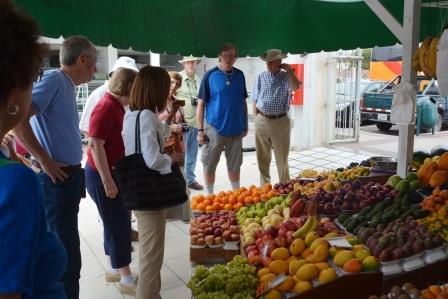 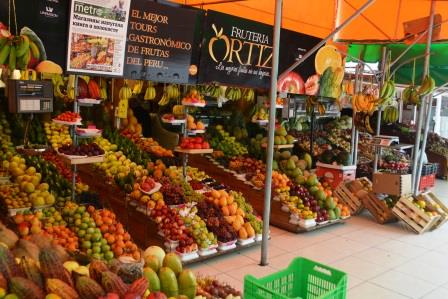 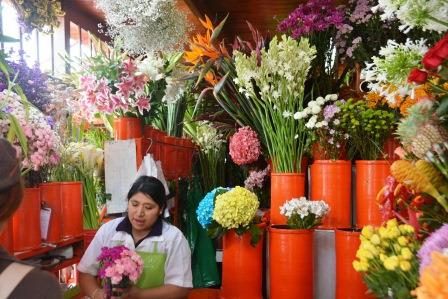 We then drove back into town, and started our walking tour to the 17th Century San Francisco Monastery, and the government palace.
The San Francisco Monastery was consecrated in 1673 and completed in 1774. Though it survived several earthquakes intact in 1687 and 1746, it suffered extensive damage in an earthquake in 1970. The church is noted for its architecture, a high example of Spanish Baroque. Its granite carved portal would later influence those on other churches, including the Church of Merced. The vaults of the central and two side naves are painted in mudejar style: a mix of Moorish and Spanish designs. The head altar is fully carved out of wood. The corridors of the main cloister are inlaid with Sevillian glazed tiles dating from the 1620s. The complex is made of the temple, the convent and two other churches, 'La Soledad' and 'El Milagro'. No photos are permitted inside the Monastery. 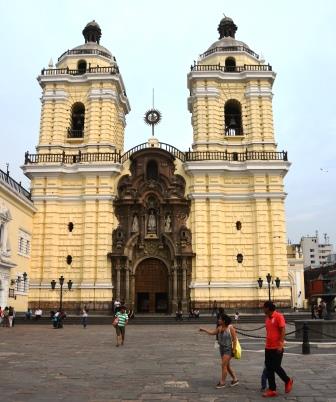 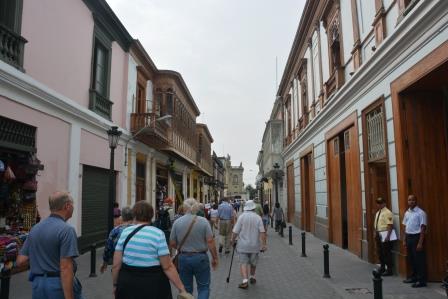 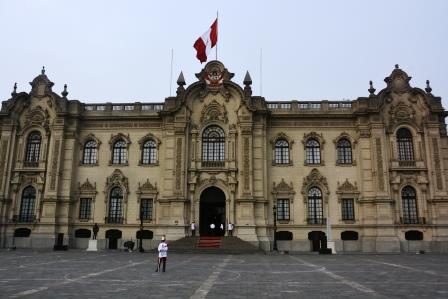 Our dinner this evening was at the private home Casa Garcia Alvarado. At the beginning of the twentieth century, Lima’s upper class began to move their homes away from downtown Lima to Miraflores which was one of the first residential districts to be established at that time. The architecture of these homes was typical of resort homes of that period. They were made of “quincha” (adobe), decorated with wood on the façade, and contained large courtyards inside. On Avenida Larco in front of Miraflores Central Park, located a few metres from the Municipality, is the old but impressive house of the Castro Iglesias-Thorndike family which was constructed in 1912 by the Architect Rozzaga. The Castro Iglesias family goes way back to Peru's Colonial period, when its forerunners earned the titles, Count of Lurigancho and Marques of Otero, for services rendered to the Spanish Crown. Mrs. Thorndike was the daughter of a very distinguished Chilean lady and an American engineer who came to Peru with Henry Meiggs to construct railway bridges in the heights of the Andean mountains. 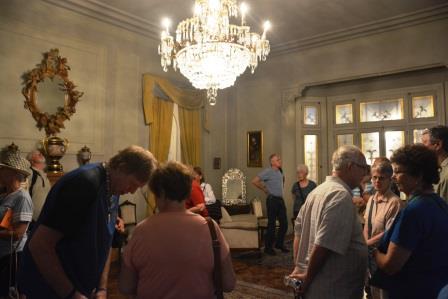 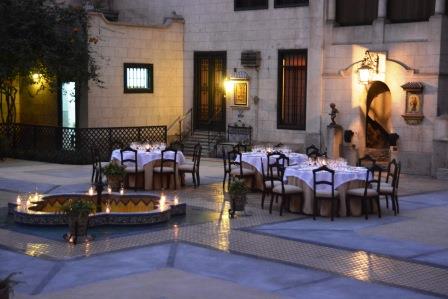 My current adventure is with Globus Journeys participating in a Legacy of the Incas tour in Peru with a visit to Machu Picchu. This a special trip for me because my brother and his wife and cousin and his wife are with the group along with one my my best clients from Texas. Our group is only 21 folks, which is a perfect size for a tour group.

As is usual, we flew down to Lima a day early to make sure we got to Lima and to allow for a quiet day, even though we are in Eastern Standard Time and had no zone shift.

Lima is the capital and the largest city of Peru. It is located in the valleys of the Chillón, Rímac and Lurín rivers, in the central coastal part of the country, overlooking the Pacific Ocean. Together with the seaport of Callao, it forms a contiguous urban area known as the Lima Metropolitan Area. With a population of almost 10 million, Lima is the most populous metropolitan area of Peru, and the third largest city in the Americas (as defined by "city proper"), just behind São Paulo and Mexico City. Lima was founded by Spanish conquistador Francisco Pizarro on January 18, 1535, as Ciudad de los Reyes. It became the capital and most important city in the Spanish Viceroyalty of Peru. Following the Peruvian War of Independence, it became the capital of the Republic of Peru. Today, around one-third of the Peruvian population lives in the metropolitan area.

As it was Sunday, I was able to attend a catholic mass a few blocks away in a beautiful church. Peru is 90% Catholic and this church celebrated 6 masses during the course of the day. After mass we walked down to Larcomar - a lovely park on the cliffs overlooking the water and had some lunch in a nice sea side cafe.

We formally start the tour this afternoon with a city tour and dinner. 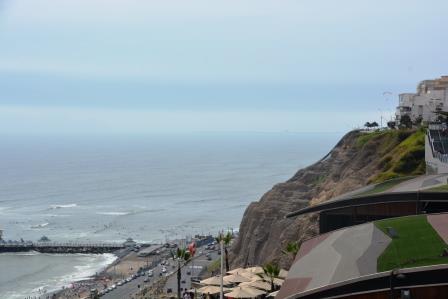 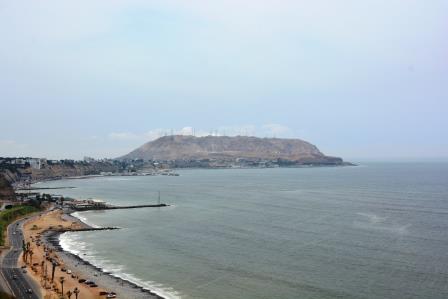 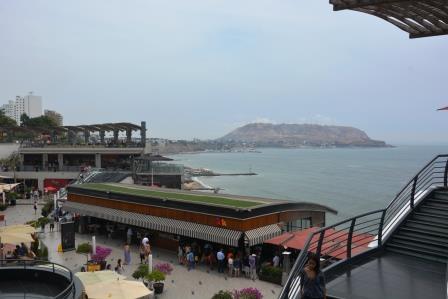 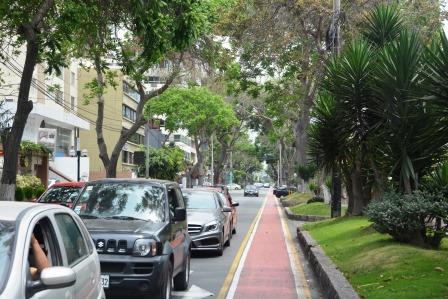 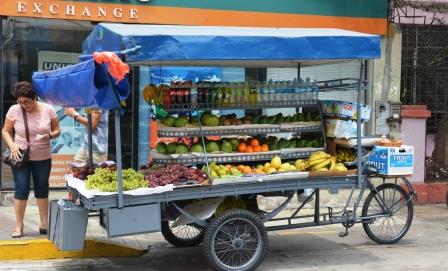